We are not professional writers or photographers.  We're just two people with a passion for motorcycles and travel.  Over the years we've learned to make the most out of our short motorcycle trips.  We've been inspired by dozens of world travelers we've met that have sold everything they own and live for years on the road.  While this is our ideal situation, it's just not in the cards for us right now.

Being average young Americans with full-time jobs, our vacations are typically limited to about two weeks at a time.  Throughout the years we've learned to make the most out of a two week motorcycle trip.  We're able to pack in an instant, and escape on our bikes to some very remote locations in the U.S. via dirt roads and backcountry highways. We have a lot of pride in being able to travel off the beaten path, seeing small towns, camping on the side of the road, talking to locals, and eating and drinking the local fare. 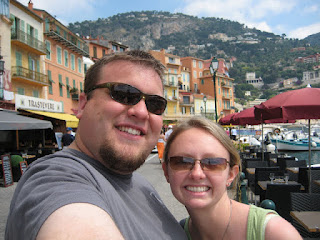 We've decided to start this blog to encourage anyone out there to make the most out of their trips.  You don't have to sell everything you own and ride around the world to have an adventure.  Some of the greatest adventures can be had within a week's ride from where you live.  In our opinion, the term "Adventure Touring" is overused and is starting to describe the motorcycle itself, not what you do with it.  You don't have to buy an expensive, heavy dual-sport bike and treat it like a dirt bike around the world to enjoy it.  Adventure is what you make of it, and it doesn't matter what you ride, where you're going, or how long you take to get there.  With any luck, you'll be inspired by our two week adventures and go out to ride your own, then share with others.

In the upcoming posts we'll write about our upcoming adventure, and as we have time, we'll post stories from past rides we've done.