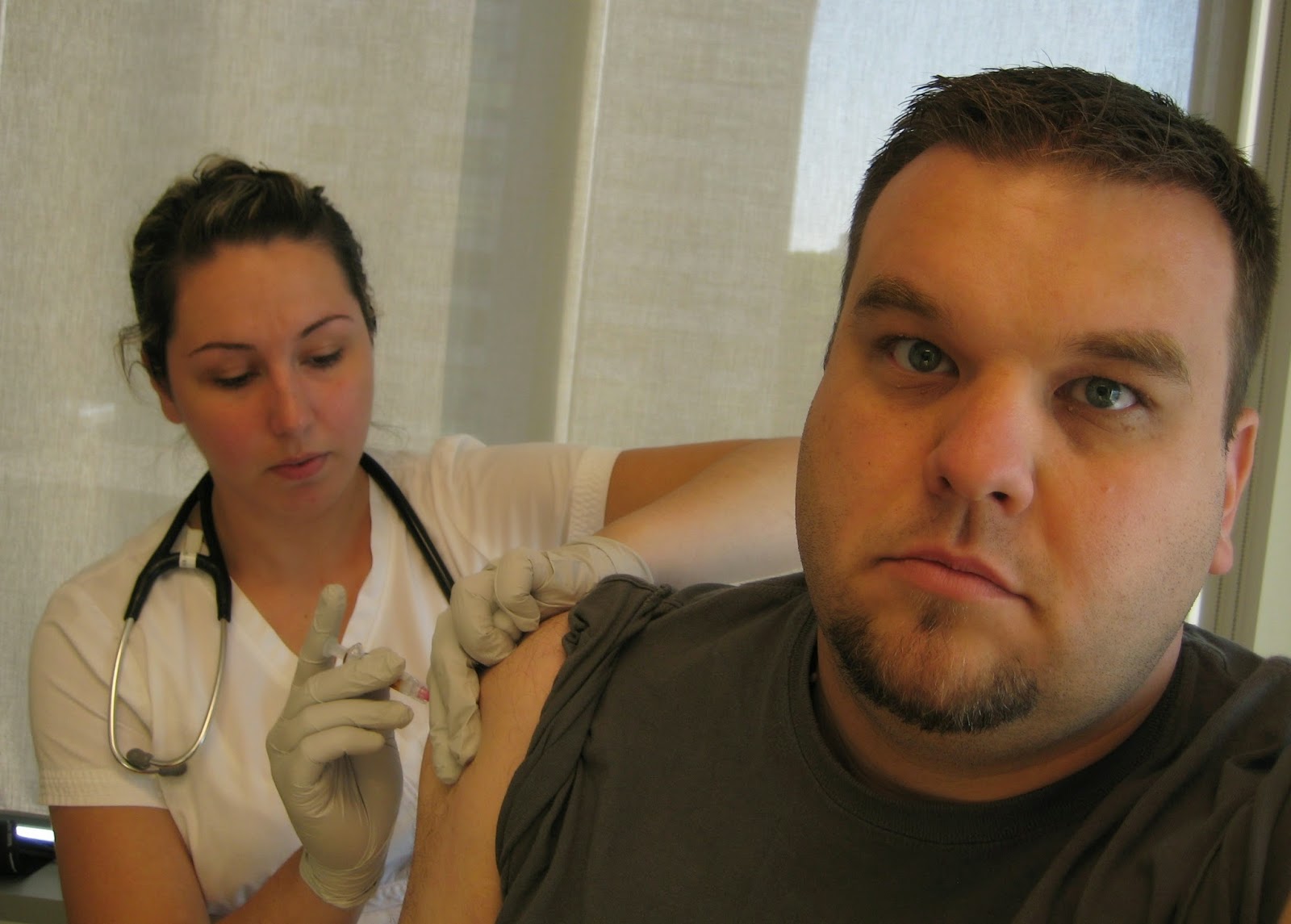 Brayde did a bunch of research on the CDC Traveler's Health website for our upcoming trip.  It took a lot of time, but she was able to compile a list of the countries we'd be visiting and the immunizations we'd need to be safe.  It was a pretty big list. 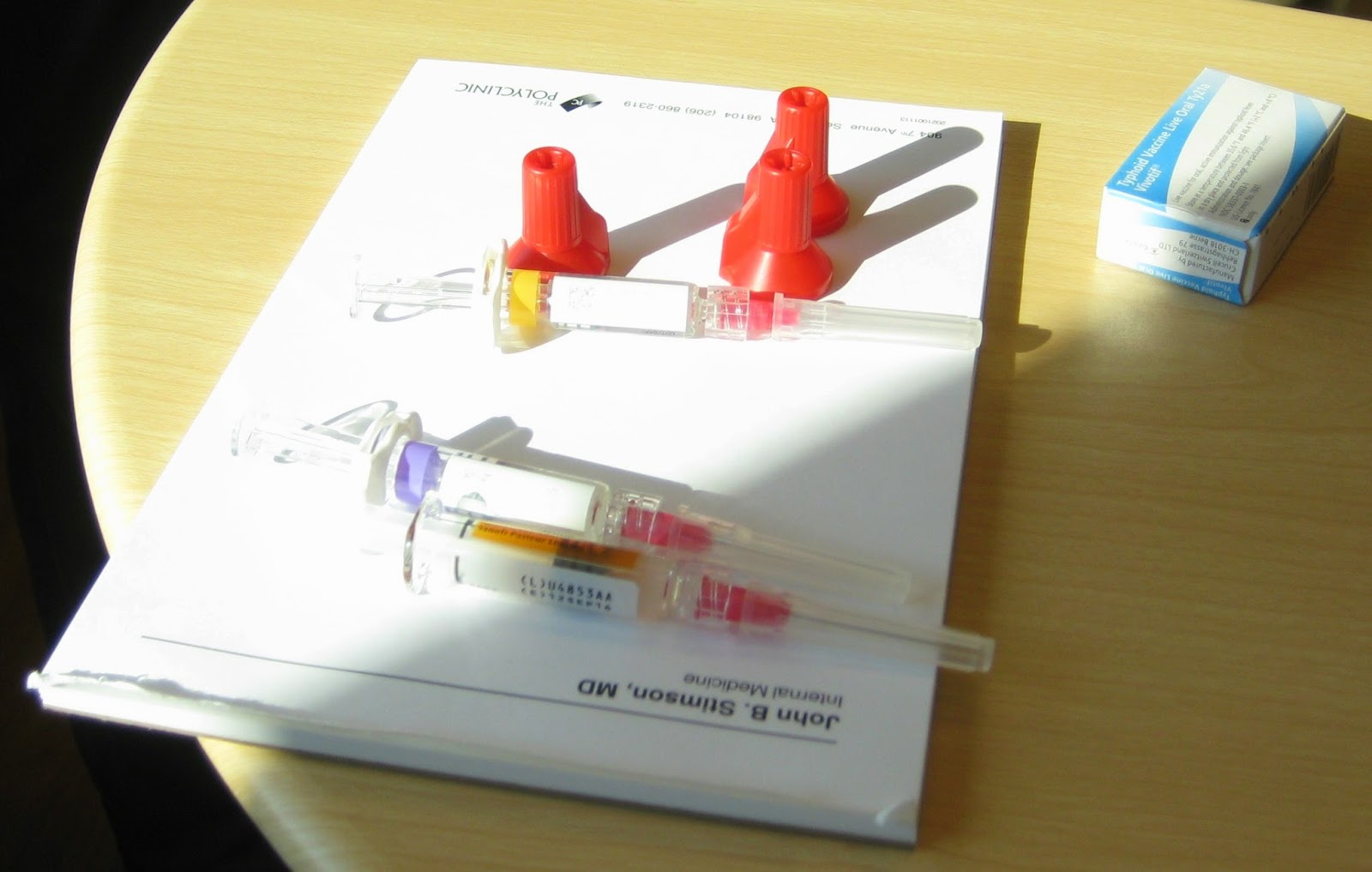 While trying to find my immunization records, I discovered that I had none.  It has been many years since I've had any, so I have some catching up to do.  I wasn't excited to get a bunch of needles stuck in me, but I made the appointment anyway for an advisory meeting and immunizations after.  I brought in all the research Brayde had done, and the doctor also had his own computer system with recommended vaccines for different countries.  He was very good about explaining which ones I need, which I didn't, and how it all was going to work. 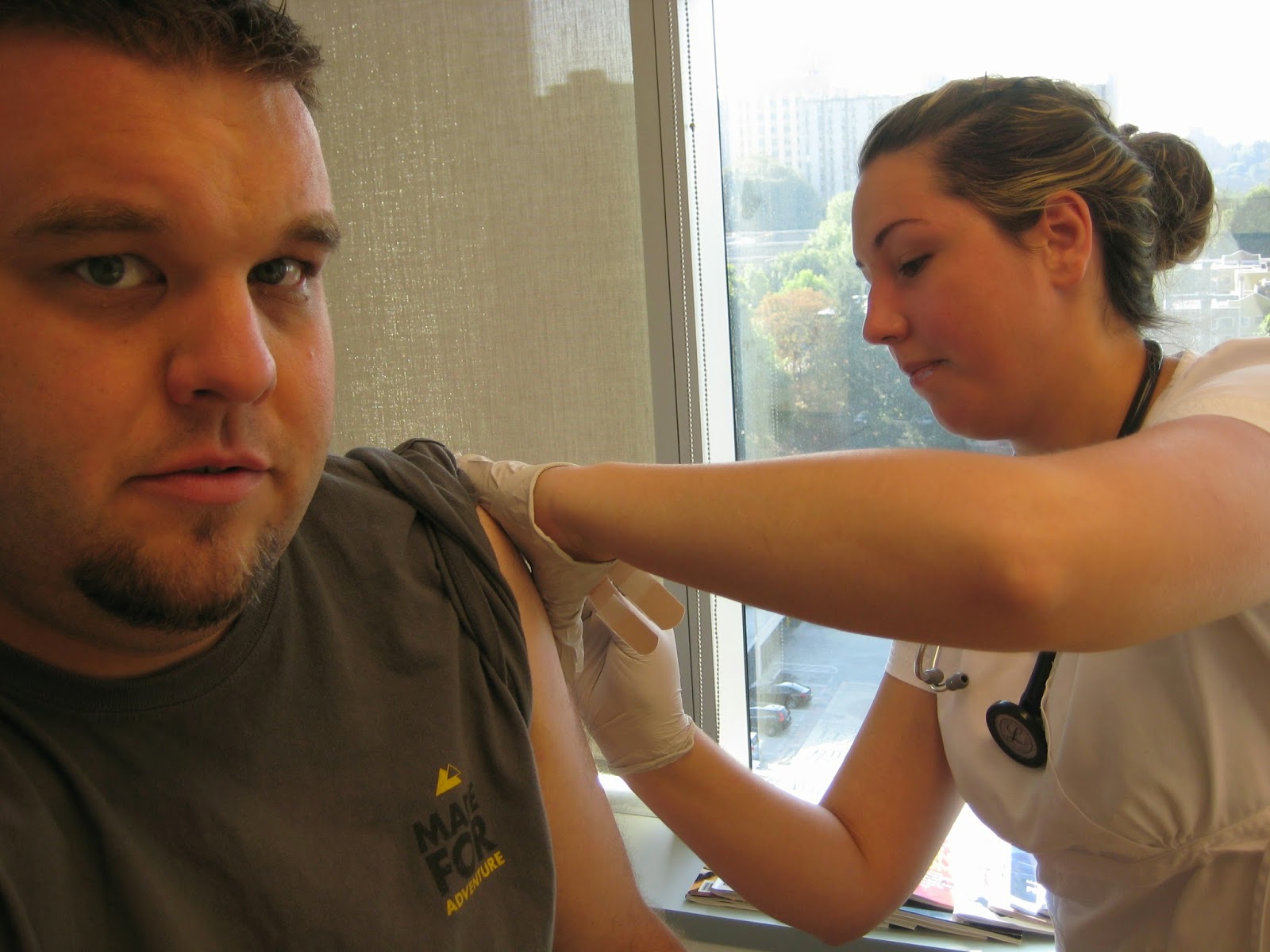 Some of the new immunizations I was getting included Typhoid, Tetanus, Hepatitis A, Hepatitis B, Malaria, and Yellow Fever.  To my relief, the shots were virtually painless, and some of the immunizations like Malaria and Typhoid come in the form of pills.  The Hepatitis shots have one or two followup shots needed, so best to get these done well before your departure date. 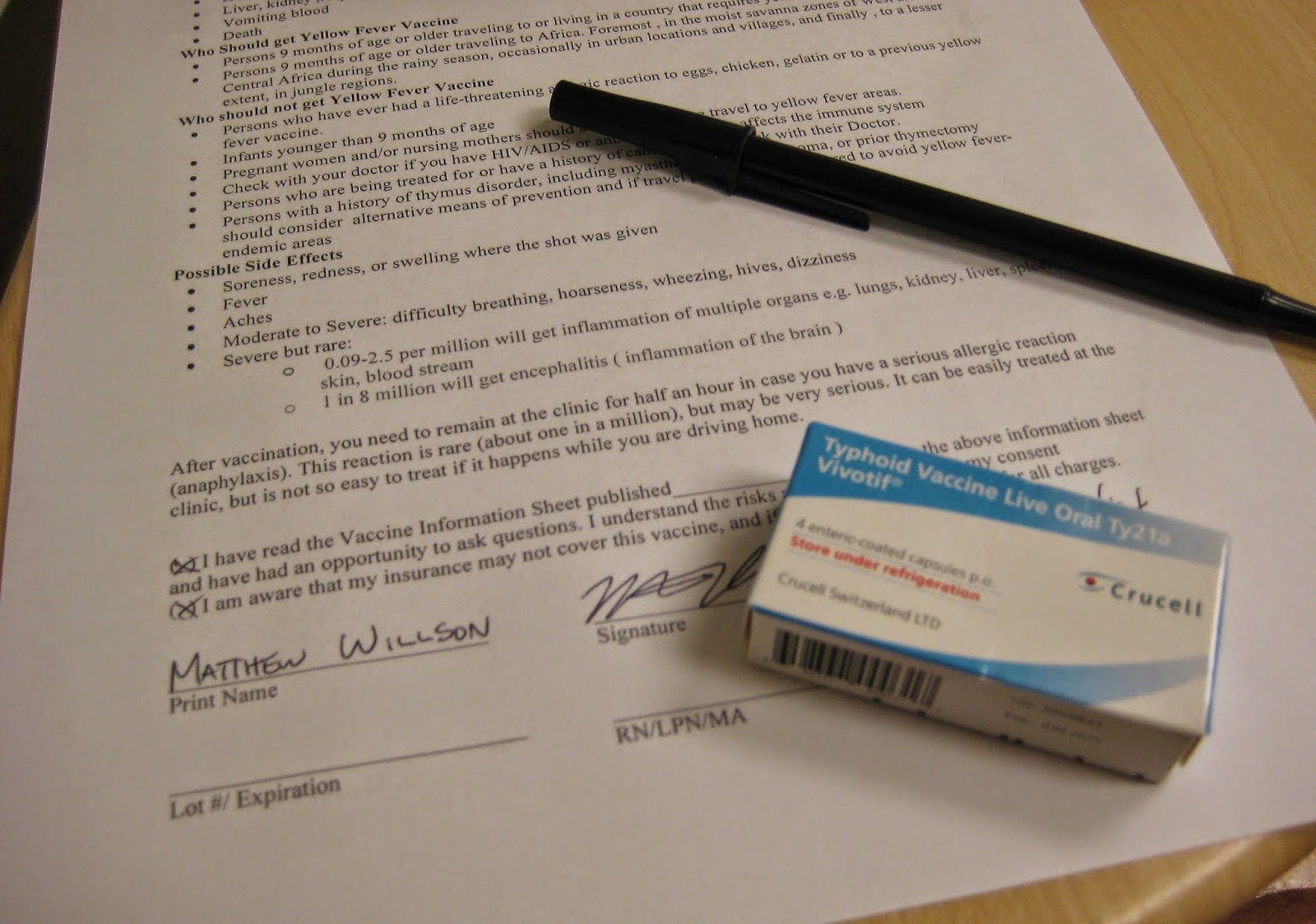 The shot for Yellow Fever has to be administered by a certified shot-giver person, so I had to walk down to another office for that one.  Some countries require proof of immunization for Yellow Fever if traveling from countries with known cases, so this was a good idea to get.  You'll end up with this official-looking document to carry with you: 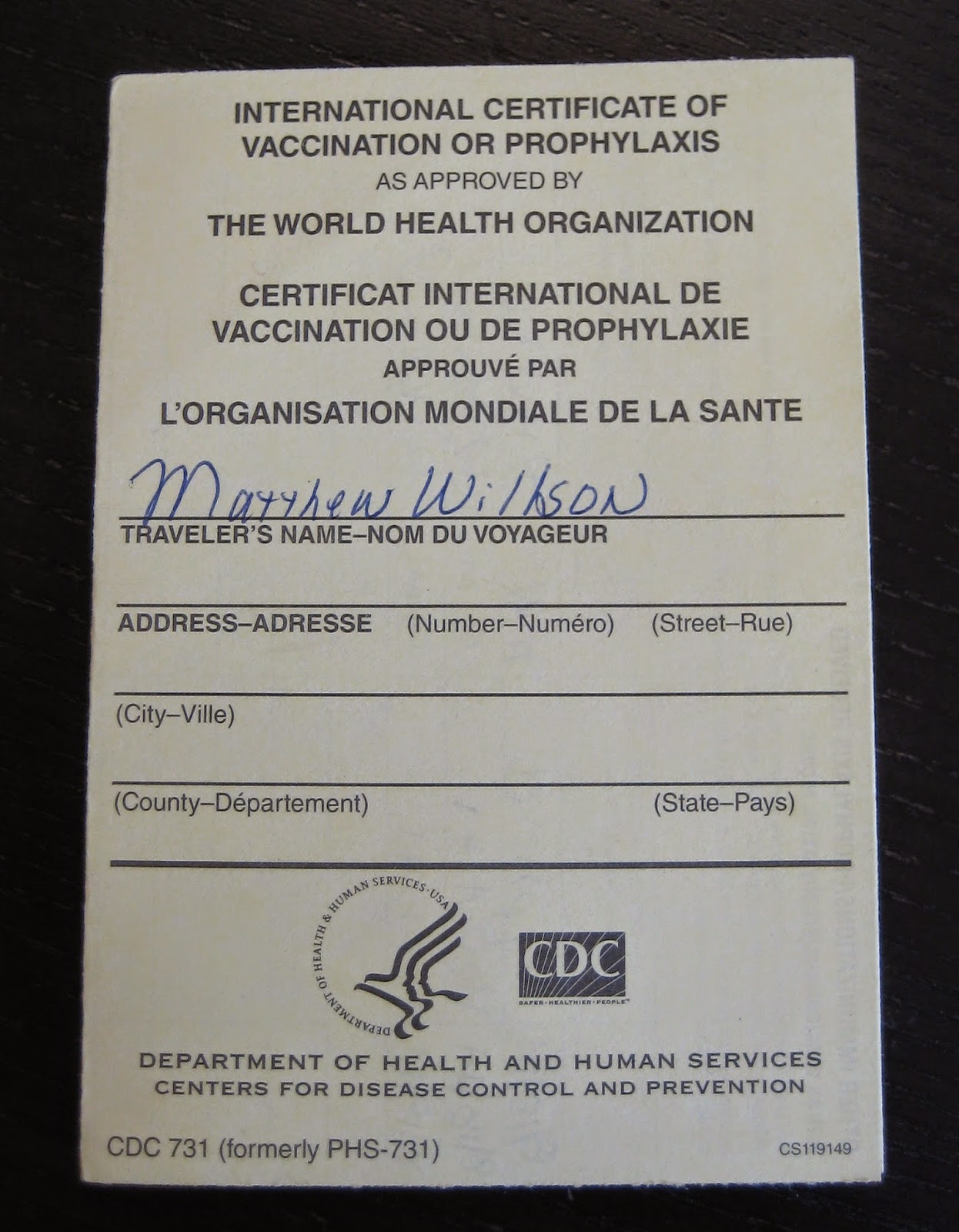 Malaria pills can be very expensive depending on the type you need (i.e., in the hundreds of dollars).  Luckily mine will be covered by insurance, so in the end,  after a couple copays, I'm right on track.

With Brayde's insurance, her experience was a little different.  They did not cover travel related immunizations, so everything had to be out-of-pocket.  This is quite a bit of money, so had to be added to our budget.  We'll both be much safer having the proper vaccinations though, so it is worth it.

When going on a big adventure, immunizations and health records might be the last thing you'd think of when planning but definitely a good idea, and something you'll want to start sooner rather than later.