From the Mecca of off-road to the Mecca of speed...  In this leg of the trip, we head North and West from Moab, Utah to the Bonneville Salt Flats on the Utah-Nevada state line.
It was a beautiful but hot morning in Moab.  After breakfast at the Love Muffin Cafe, we explored the OHV areas and watched some Jeeps tackle the trails. Heading North out of Moab, we spent several hours checking out Arches National Park.  From Arches, we decided to make our way along a dirt road to a attractive camp spot along the San Rafael River.  We had the whole valley to ourselves and woke up to one of the most beautiful morning scenes yet.  Riding through the "Baby Grand Canyon" was spectacular, and we even came across a group of riders from Seattle that were doing the Utah Backcountry Discovery Route (UTBDR).  After we came out of the canyon, we decided to hook up with section three of the UTBDR.  It was such a great ride that we decided to try section four after lunch.  Unfortunately, the slick, clay mud partway into the route clogged our street-oriented tires and prevented us from finishing.  We doubled back and camped outside of Provo along a stream in a beautiful canyon.  This morning, we stopped in Salt Lake City to check out the BMW dealership and have some of the best Al Pastor tacos in the country at Chunga's.  A long boring stretch of highway brought us to the rained out Bonneville Salt Flats and a super-cheap hotel room in Wendover for the night.  Here are our photos from this leg of our trip:

Jeeps climbing "Baby Lion's Back." The main Lion's Back trail was closed. 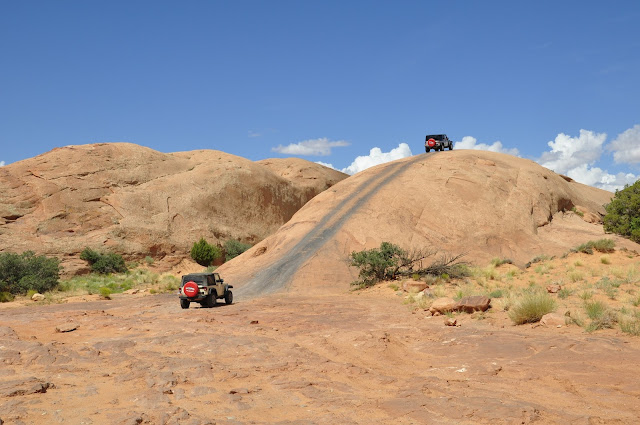 Matt wanted to see what it was like to ride on the rocks of Moab.  This is the entrance of the "Fins n' Things" trail. 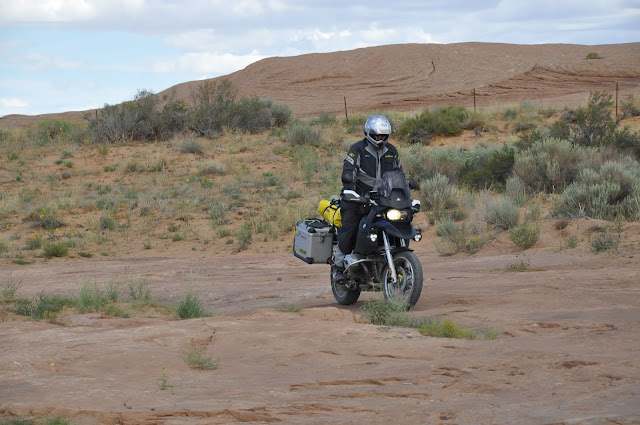 Made our way North to Arches National Park.  Weather was beautiful but very hot. 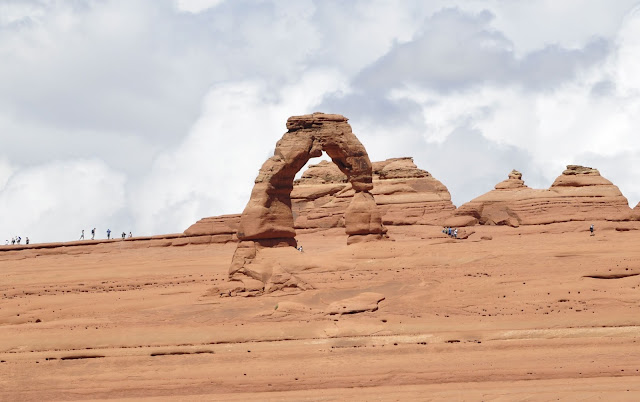 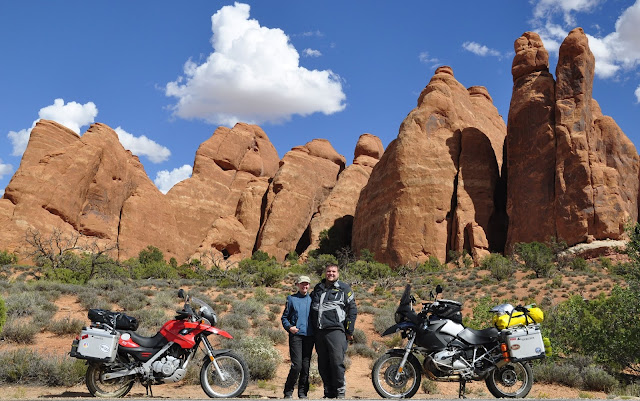 Remote campsite at the entrance of the Baby Grand Canyon.  Just off of the Utah Backcountry Discovery Route.  Had the place all to ourselves. 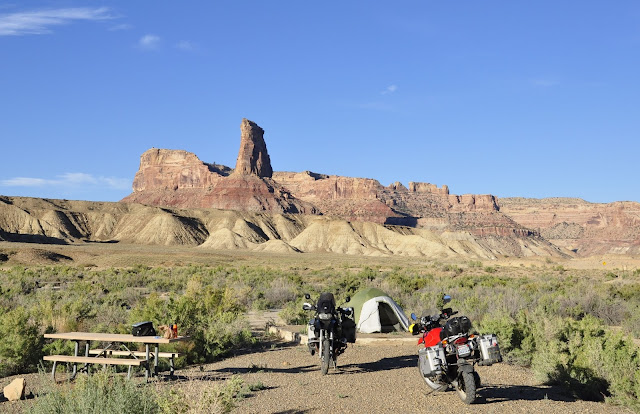 Petroglyphs  in the Canyon 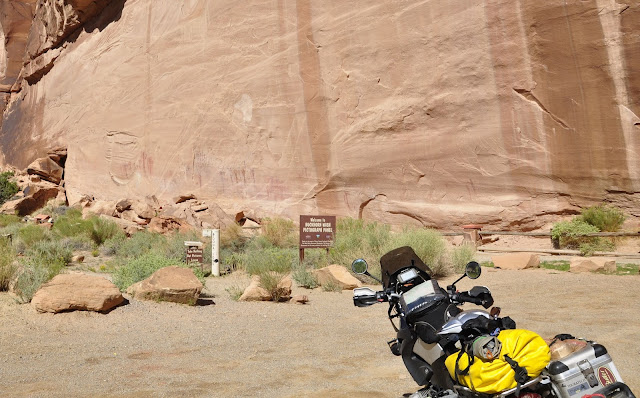 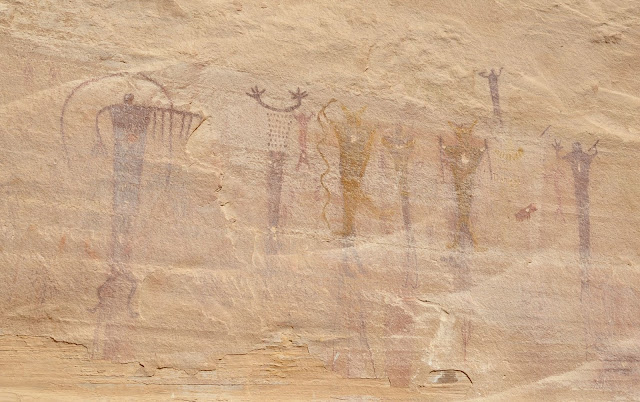 Small gorge along section 3 of the Utah Backcountry Discovery Route. 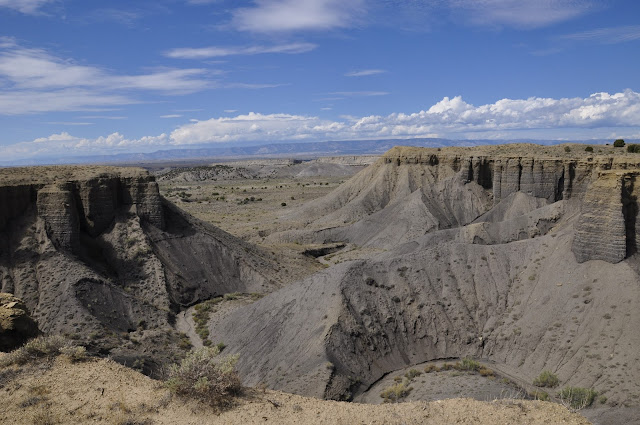 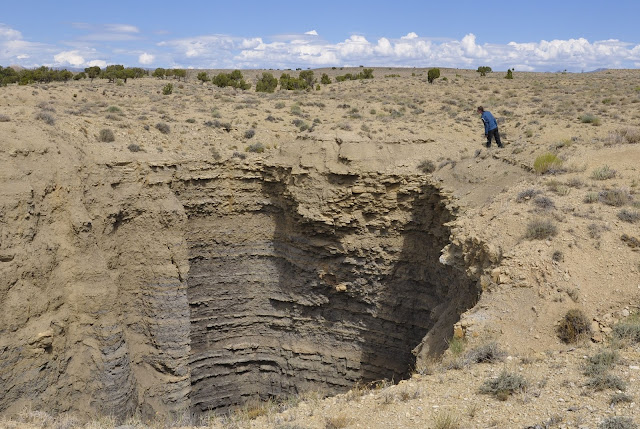 After a big rainstorm, the road on section 4 of the UTBDR was too slick for our street-oriented tires.  The clay mud stuck to our tires, and we lost all traction. Had to turn back and pick a different way. 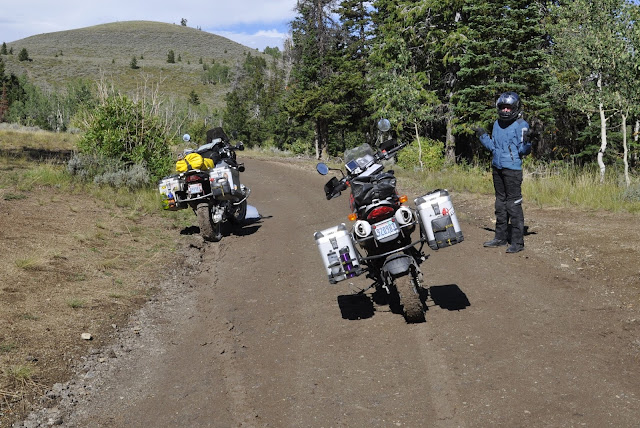 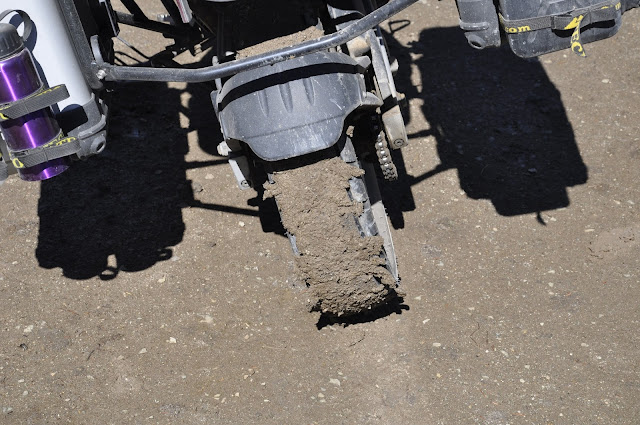 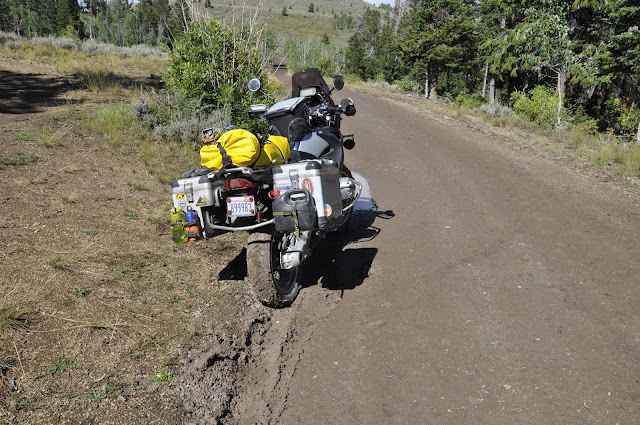 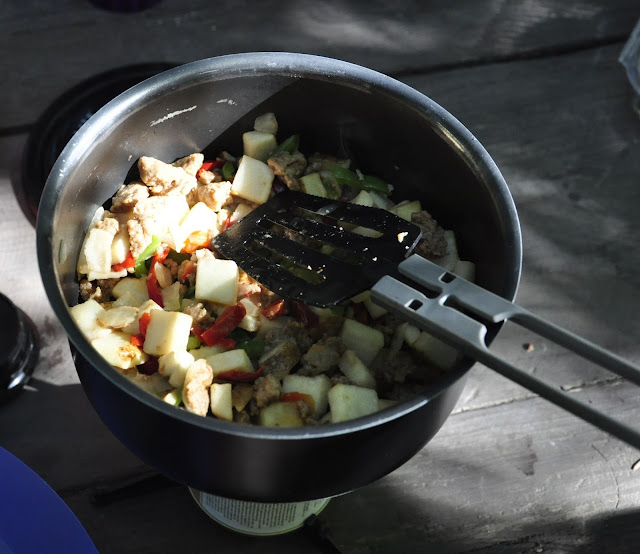 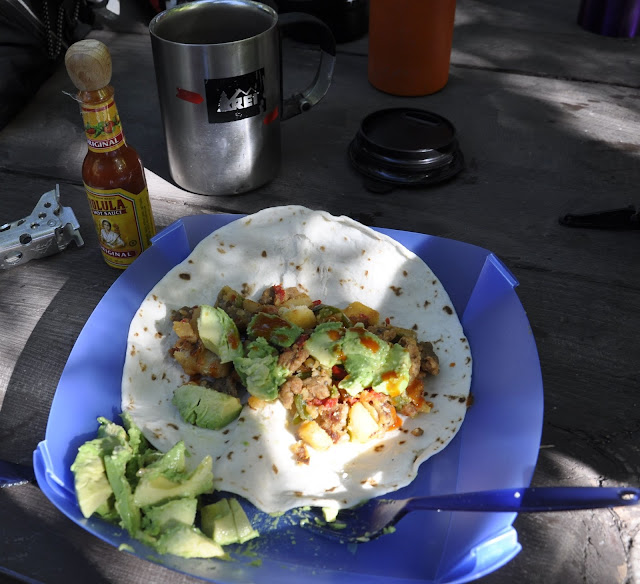 Bonneville Salt Flats were very wet.  The World of Speed event that weekend has been cancelled.  Lots of disappointed racers around Wendover. 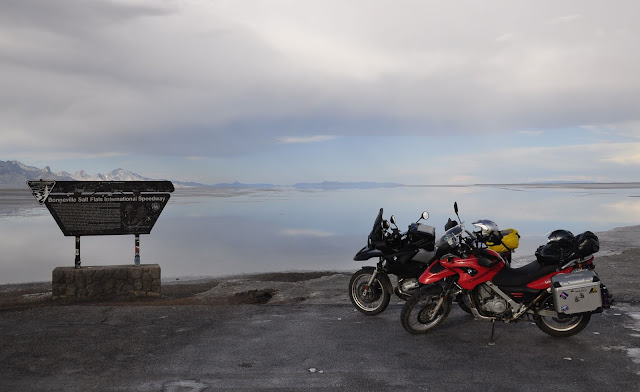 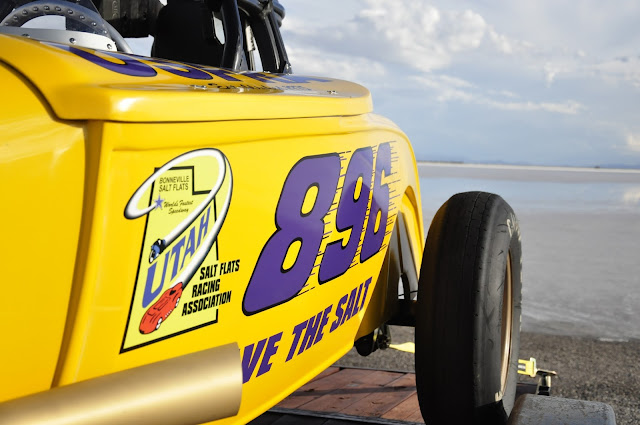 Tomorrow we'll head North and try to do some more off-pavement riding in the Owyhee Mountains of Idaho.  Our trip is more than half over, but we're still trying to make the best of it.