This morning, we woke up early to go whale watching. The Laguna Ojo de Liebre is renowned for being a grey whale destination, where hundreds of the giant mammals go to mate and give birth. We've been told that some whales are so comfortable and curious with human contact—“friendlies,” as they’re called—that they swim so close, people can actually pet them from the boat. Fingers crossed for such luck today! 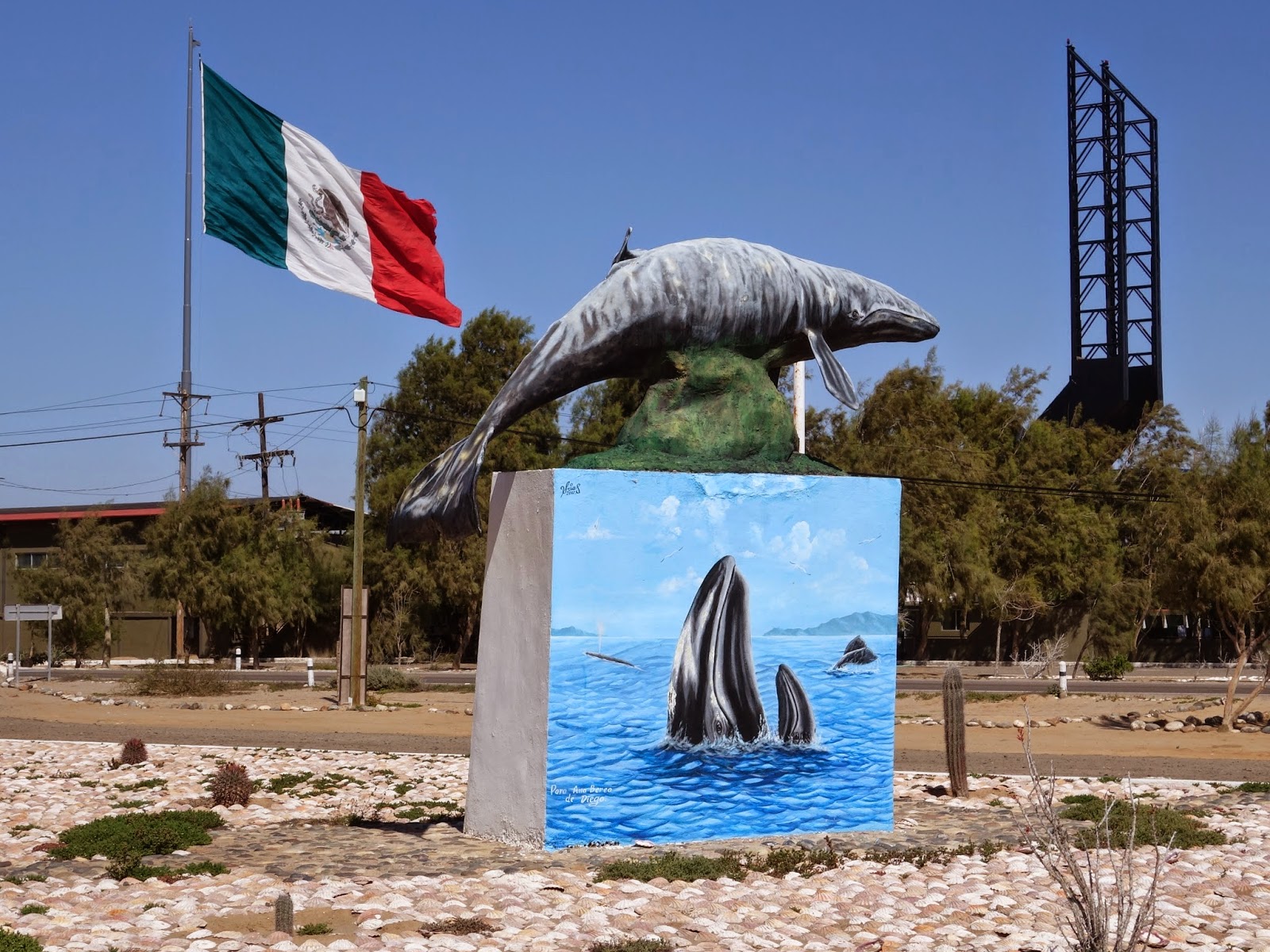 Our local tour guide for the day tells us that the area is as attractive to whales as it is ospreys. Guerrero Negro used to have a serious problem with power outages because ospreys would try to build nests on the power lines all over town. Finally, someone had the bright idea to build platforms along the lines, which solved the blackout problem and sent the seahawk population up 20% over 15 years. Win-win for everyone! 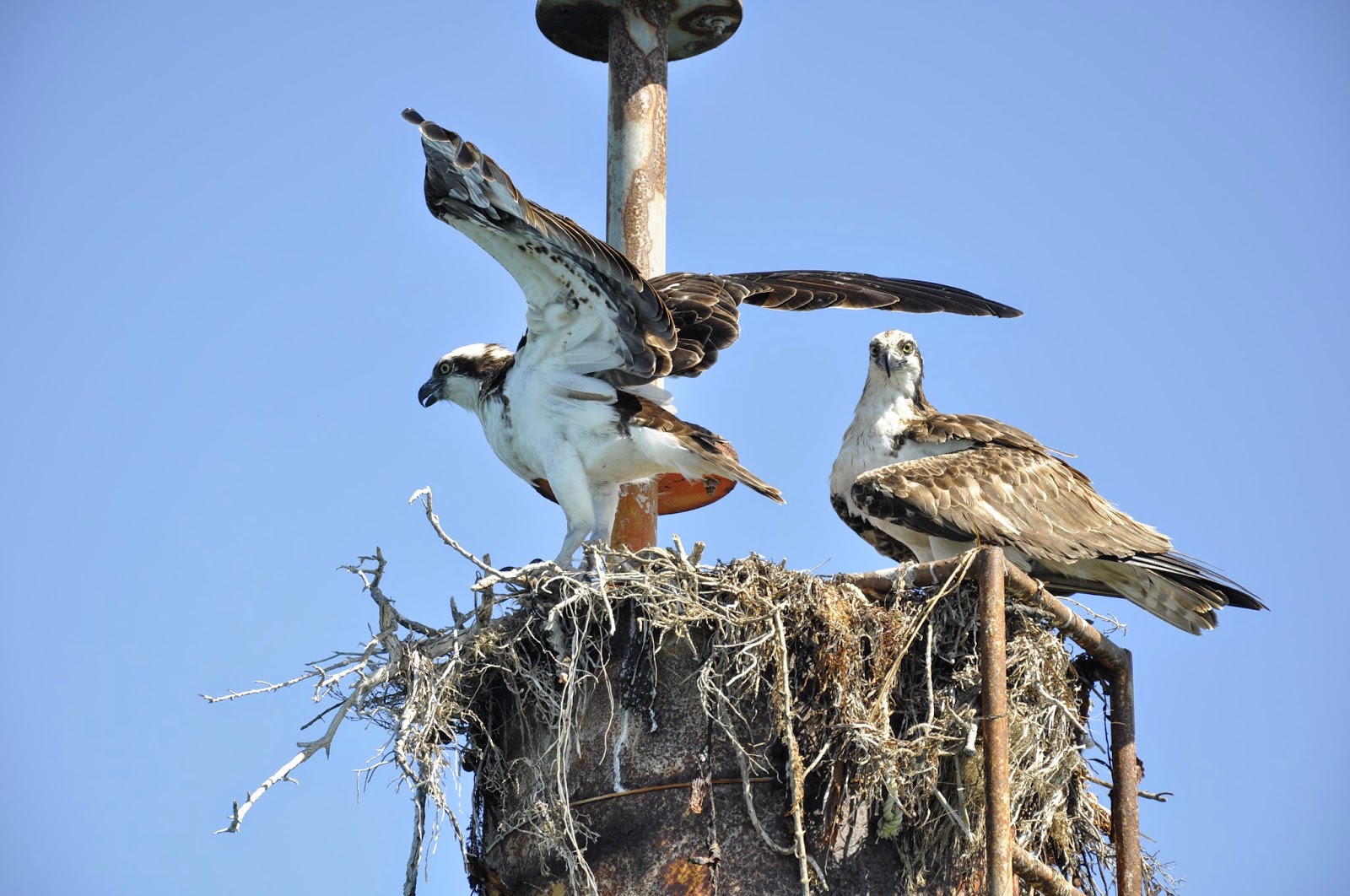 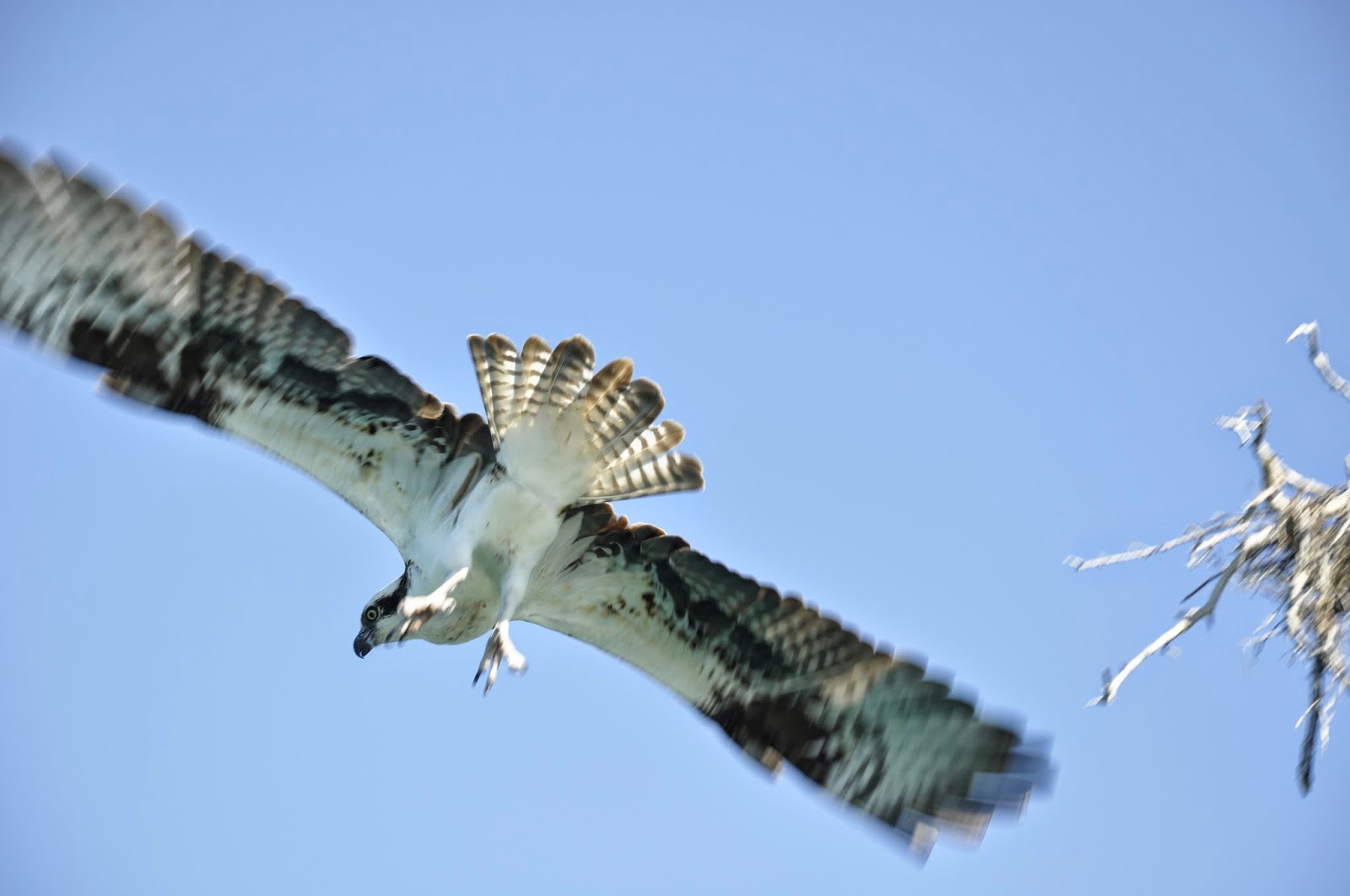 To get to the lagoon, we had to drive through the biggest salt works in the world, run jointly by the Mexican government and Mitsubishi. The establishment includes a large community of company housing that provides high living conditions for workers, a bragging point for the town as a whole. The entire facility was impressive. 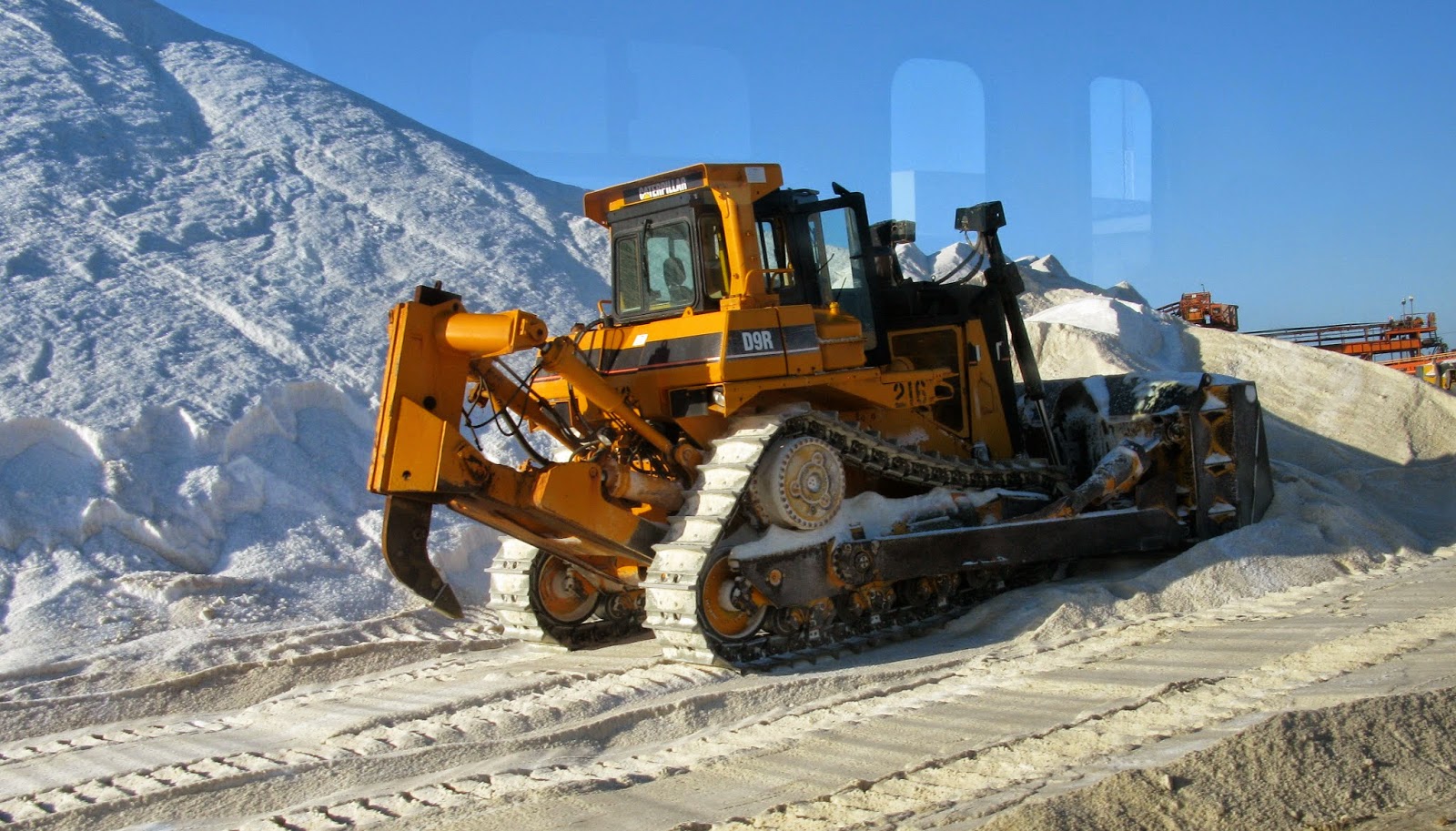 Finally, we arrived at the boat launch… and lo and behold as we buckled up our life jackets, here comes Marco and his crew to board the next boat. Such a small world! After a few hours putting around the lagoon, we had several close encounters, but no luck with friendlies. The babies were just born a few weeks earlier, so we saw many mothers with little ones swimming and swirling around them. We certainly didn’t leave disappointed! 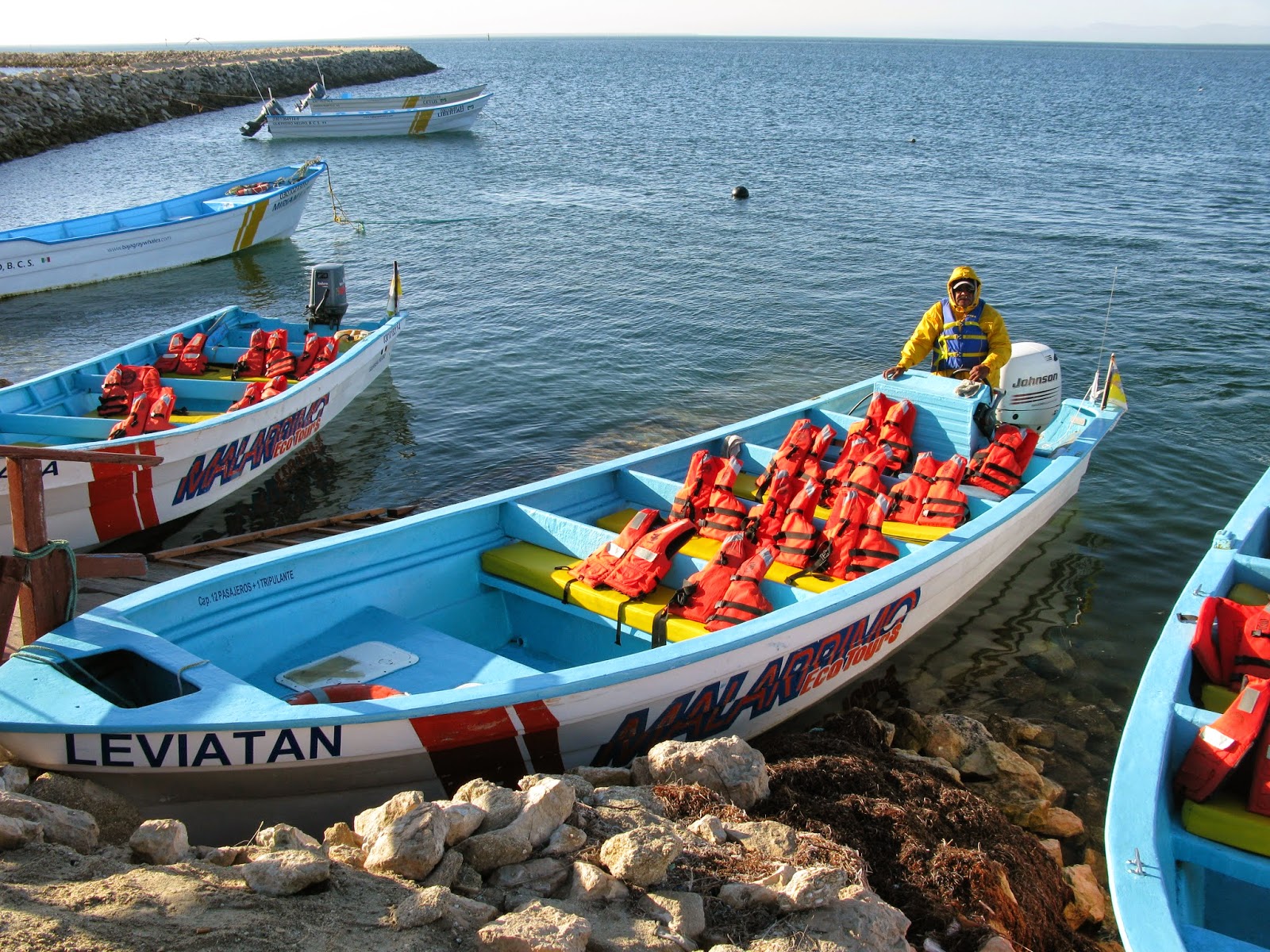 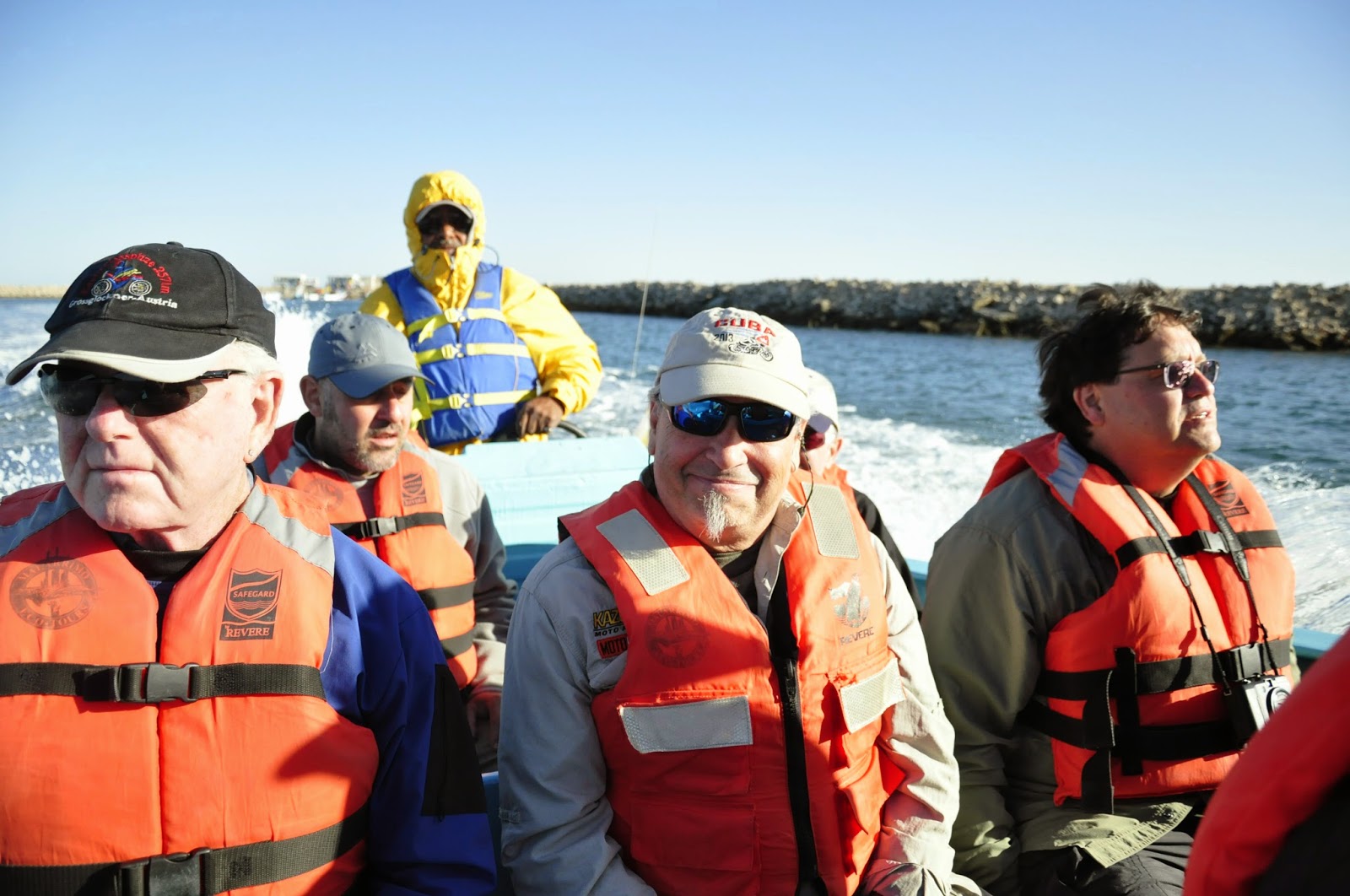 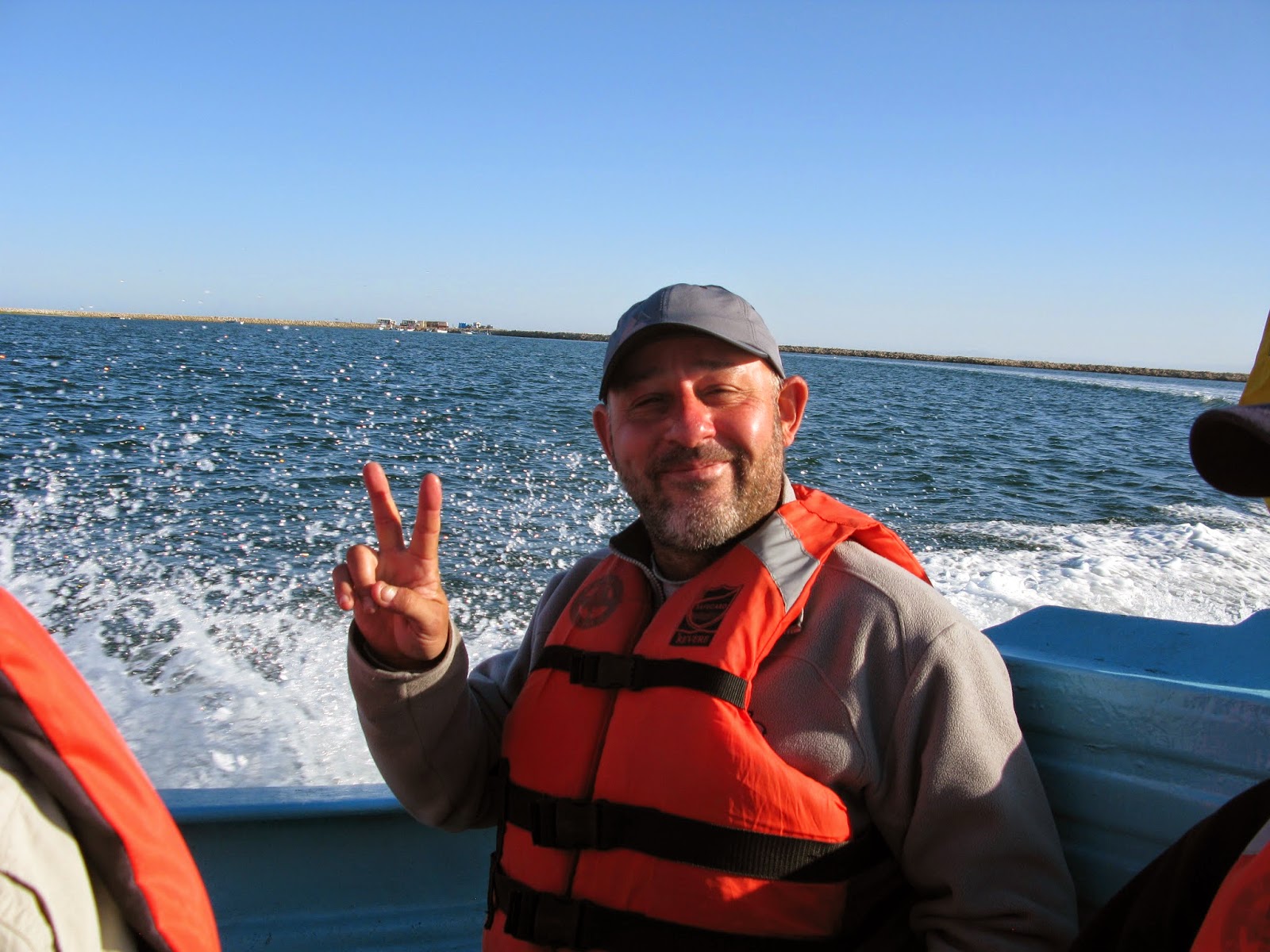 Before heading out to Bahia de los Angeles on the other sides of the Baja peninsula, we discover that Juan and Alfonso had made special arrangements for lunch at yesterday’s elusive fish taco van. MotoDiscovery never lets our appetites down! And hooray, Matt finally got his Baja fish tacos! It’s pretty hot today, so we hide in the shade and scarf a bunch down before saddling up. 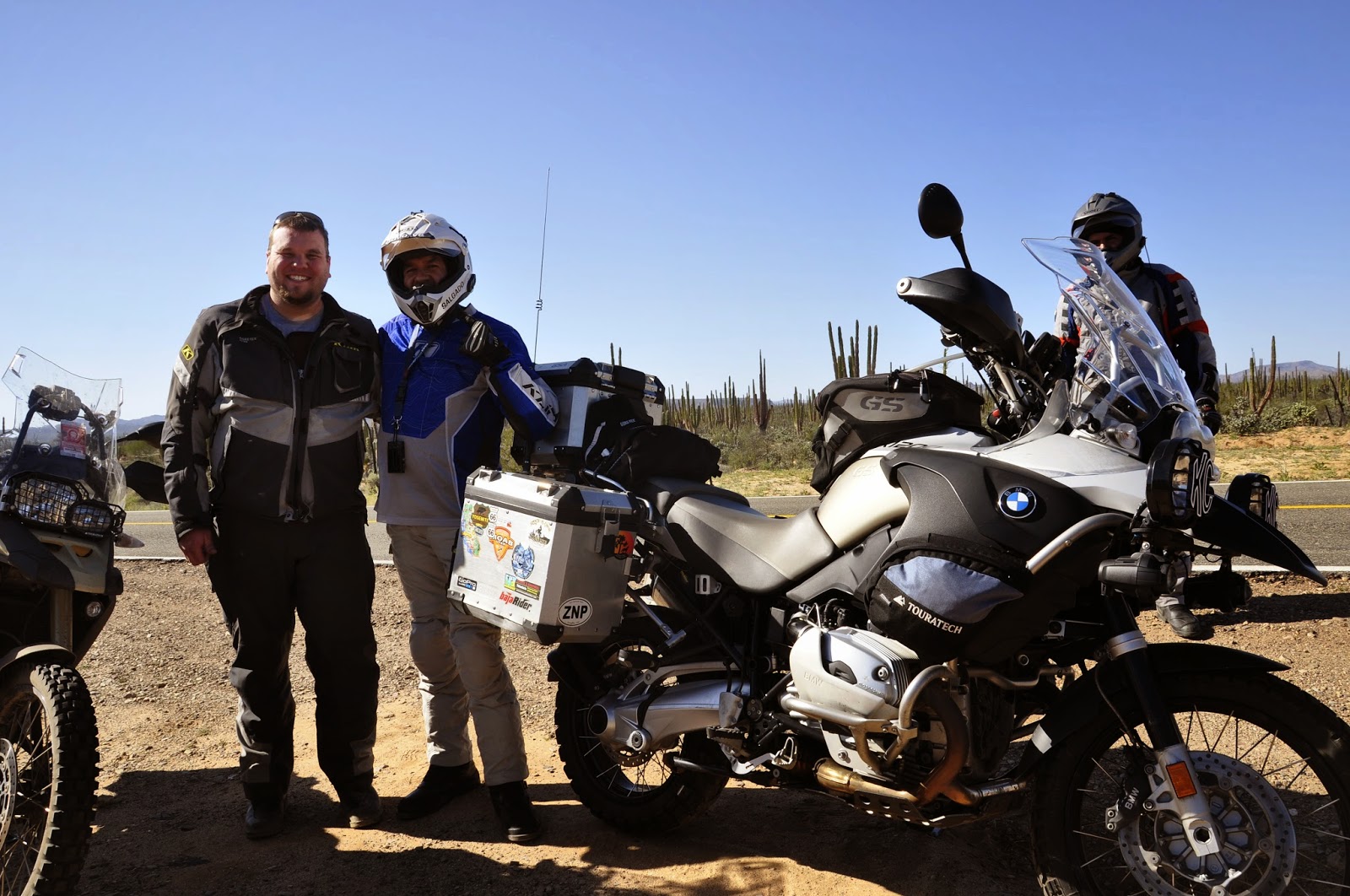 Shortly after leaving town to head east, who do we run into yet again but Marco and company. Great minds think alike! We say goodbye for the third time and head off to ride through the desert again for a few hours. By mid-afternoon, we pull into the sleepy town of Bahia de los Angeles, where we will call home for two nights and one day of rest. It’ll be nice to catch up on laundry and other sundry tasks as well as just enjoy some downtime in this genuine little fishing village. Who knows, maybe we’ll even take a little dip in the Sea of Cortez! 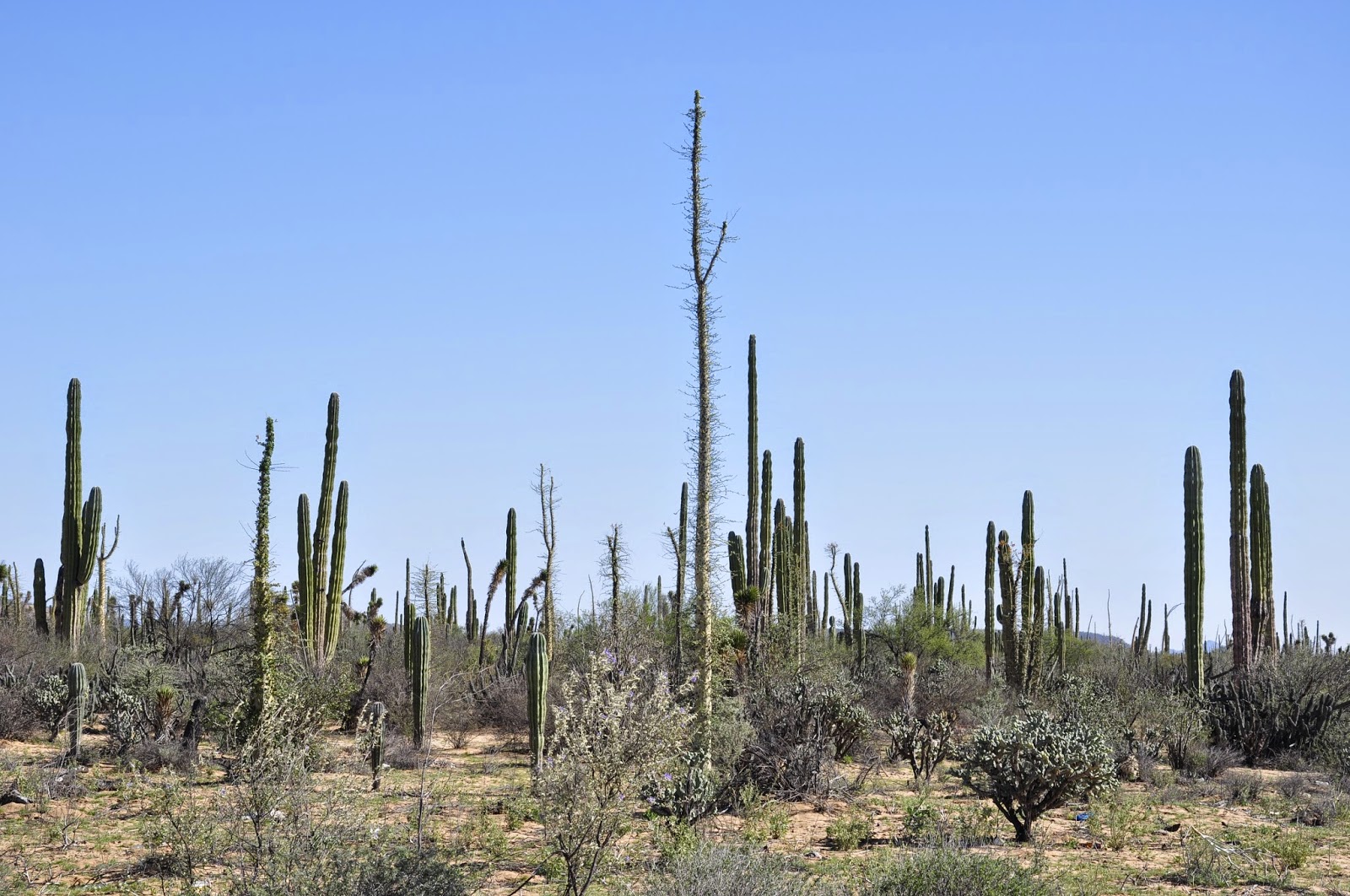