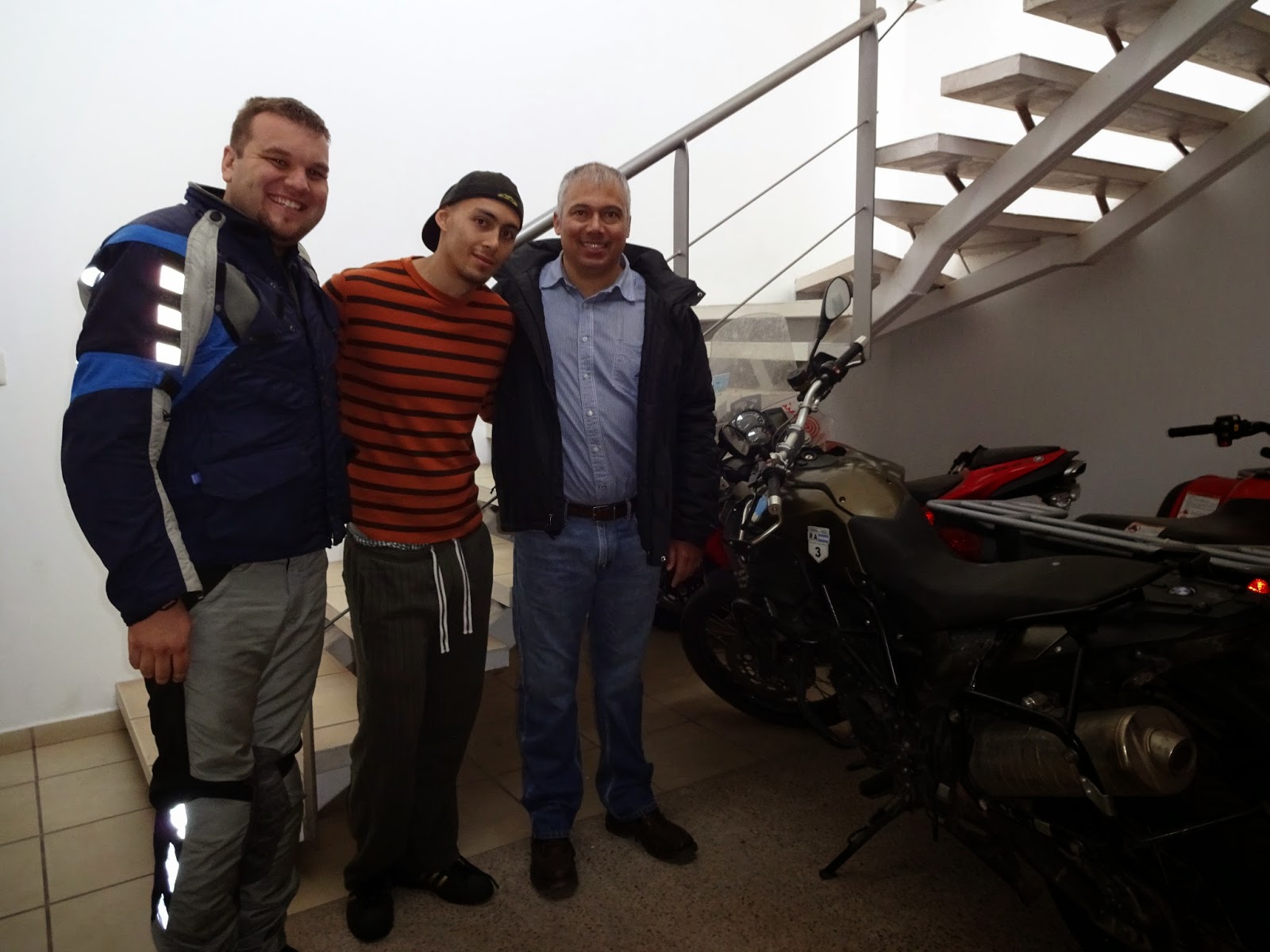 We woke up early and packed the bikes so we could head to Zacatecas. Hector's family insisted we stay for breakfast before heading out. Rosa Maria, Hector's mother, heated up some tamales for us and made coffee—some of the best tamales we've ever eaten, actually! She also packed us a to-go lunch with more tamales and some fresh fruit in it. After gearing up and saying our goodbyes, we hit up the gas station on the way out of town. There, we were intercepted by Rosa Maria once again as she found us filling up and gave us all of her contact information just in case we had any trouble anywhere. This whole family was unbelievably nice.

Once we hit the road, the clouds started looking ominous. It wasn't exactly warm, but the temperatures were nice. We got lucky and made it to Zacatecas without getting wet. On recommendation from our friend Juan, we found a hotel with indoor parking in the historic downtown. We realized as we checked in that this was our first time at a hotel since our first night on the road, thanks to all of our wonderful friends along the way. 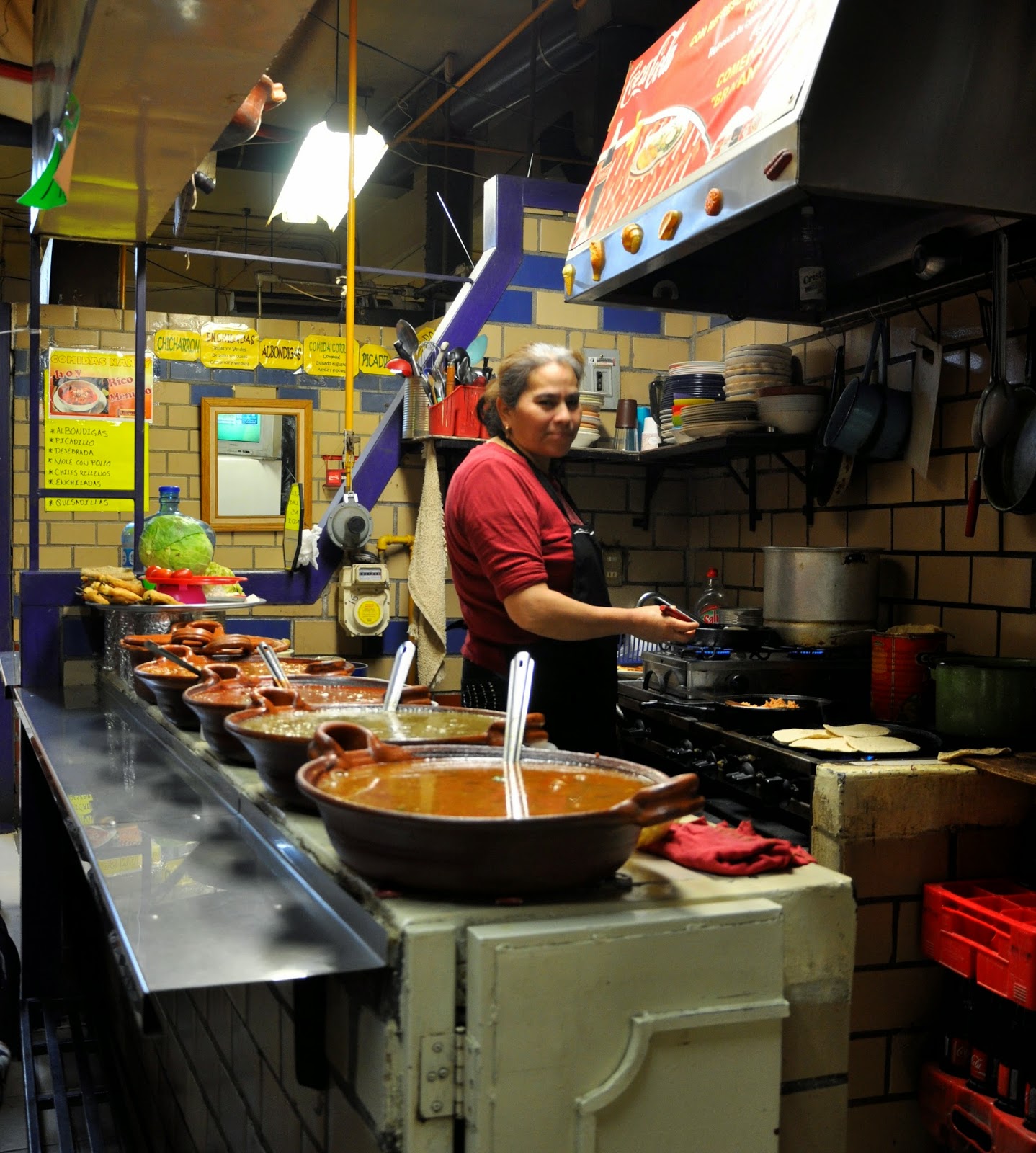 We spent the afternoon exploring the centro histórico, markets, cathedrals, and other buildings. Zacatecas is an extremely picturesque town, known for its silver mining and deep historical significance. We highly recommend visiting if ever you're in the area. 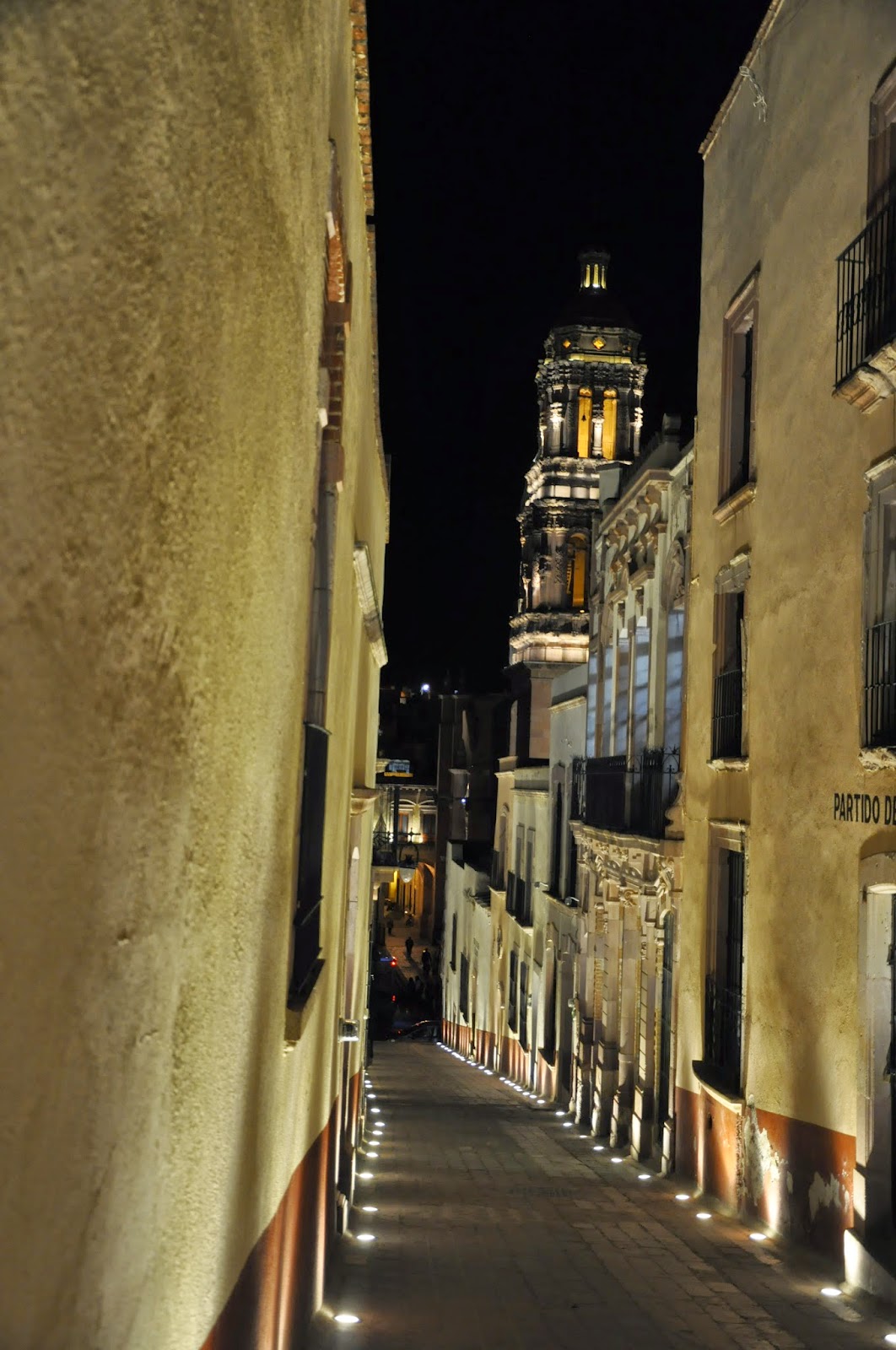 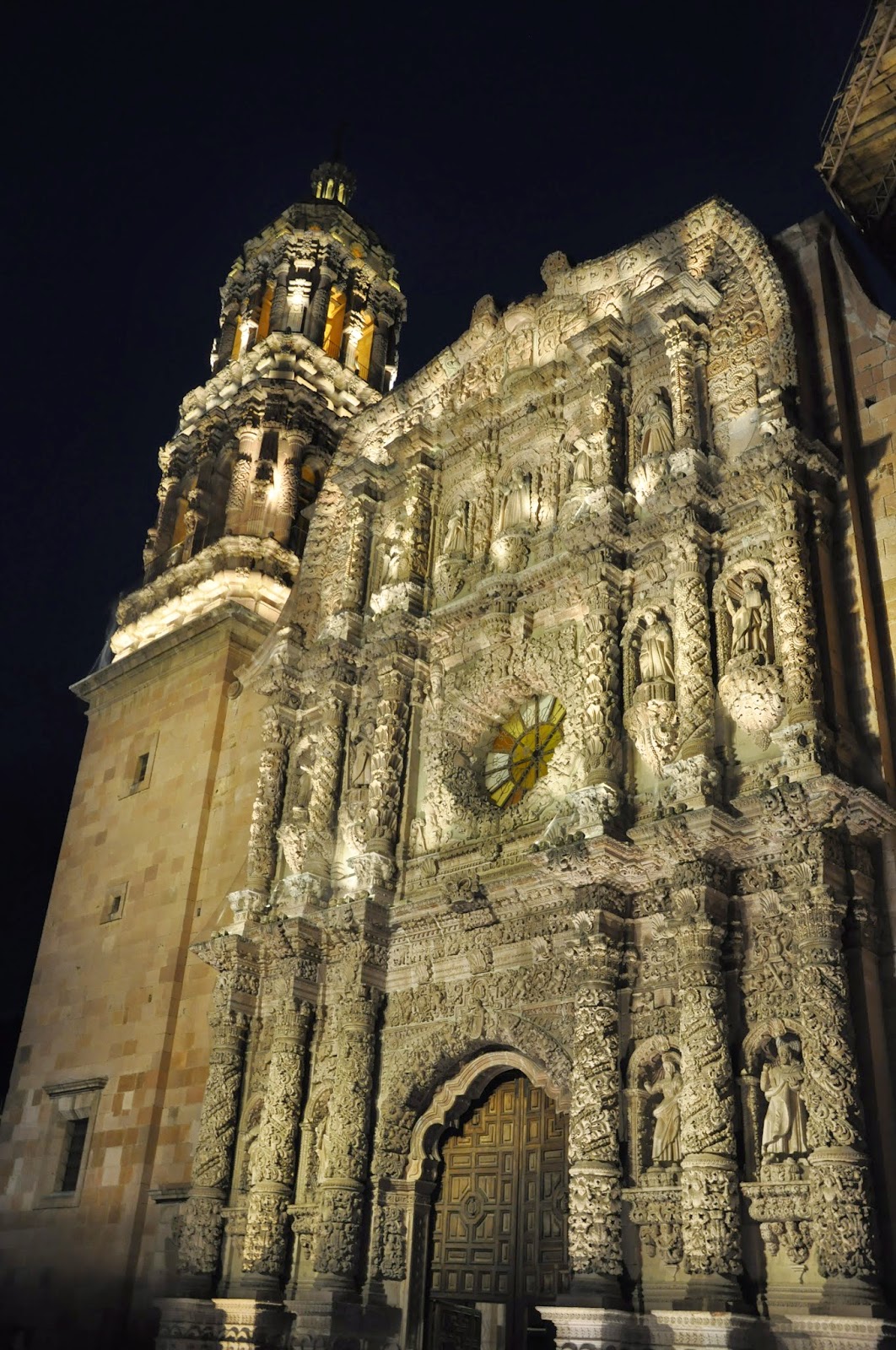 One thing we've enjoyed as we've moved further south is the decreasing presence of English. When we arrived, we arranged everything in Spanish (those classes have already paid off!), and were proud of ourselves. The next day, at breakfast, we realized we still have a way to go: the server asked our room number, and we answered that we'd like some orange juice. Oops!

That day, we also woke up to rain. Lots of rain. The storms move in quickly, and there was no way around this one. Being from Seattle, we're no strangers to riding in the rain, but the steep cobblestone streets proved to be quite tricky to navigate while making our way back to the autopista. The entire ride to San Miguel de Allende was a wet one. Our gear is waterproof, but it still isn't ideal riding. 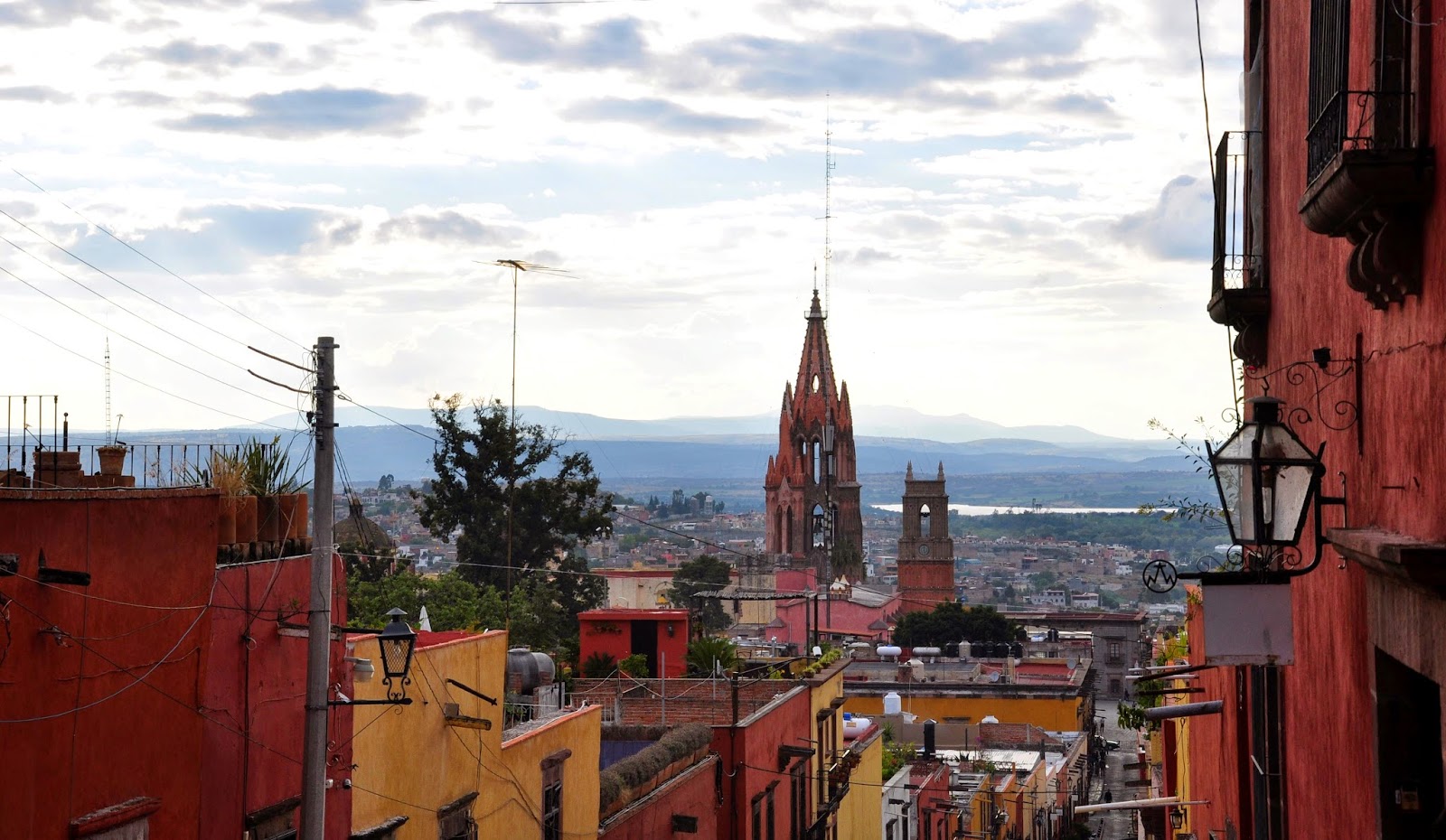 When we arrive, we're happy to have a warm house to stay at in San Miguel de Allende, another beautiful colonial style town. Our friend Juan and his family live there, and we have been meaning to visit him for some time. Unfortunately, he was delayed with business in Mexico City, but his gracious wife Grisel still played host to us until he arrived. They were good sports and ever so patient as our conversation partners while we continued to practice Spanish. While our stop in San Miguel de Allende was only supposed to be for one or two days, Juan was delayed yet another day, so we made the choice to stick around and catch up on some work on the bikes and to let all our riding gear air out. 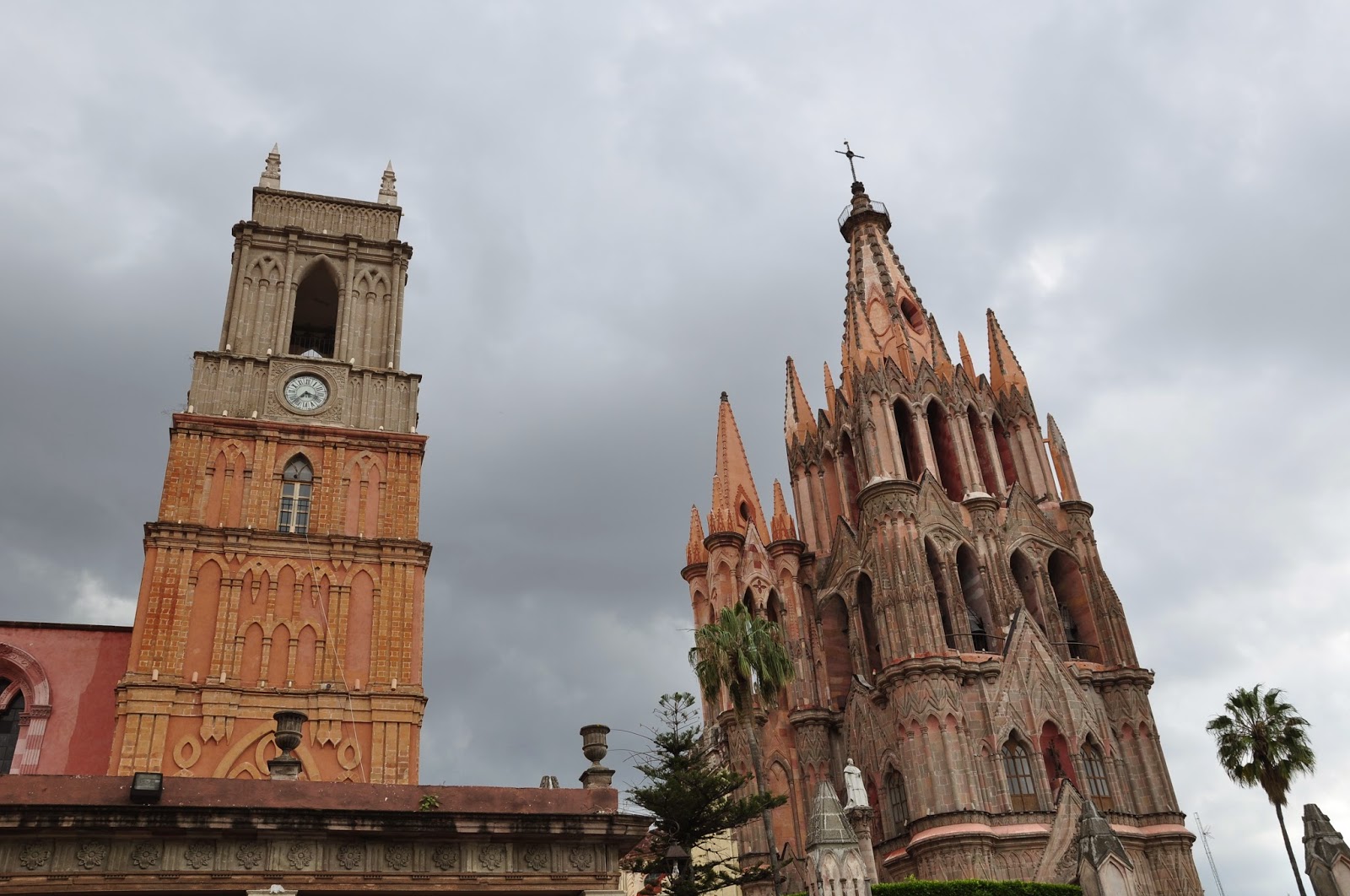 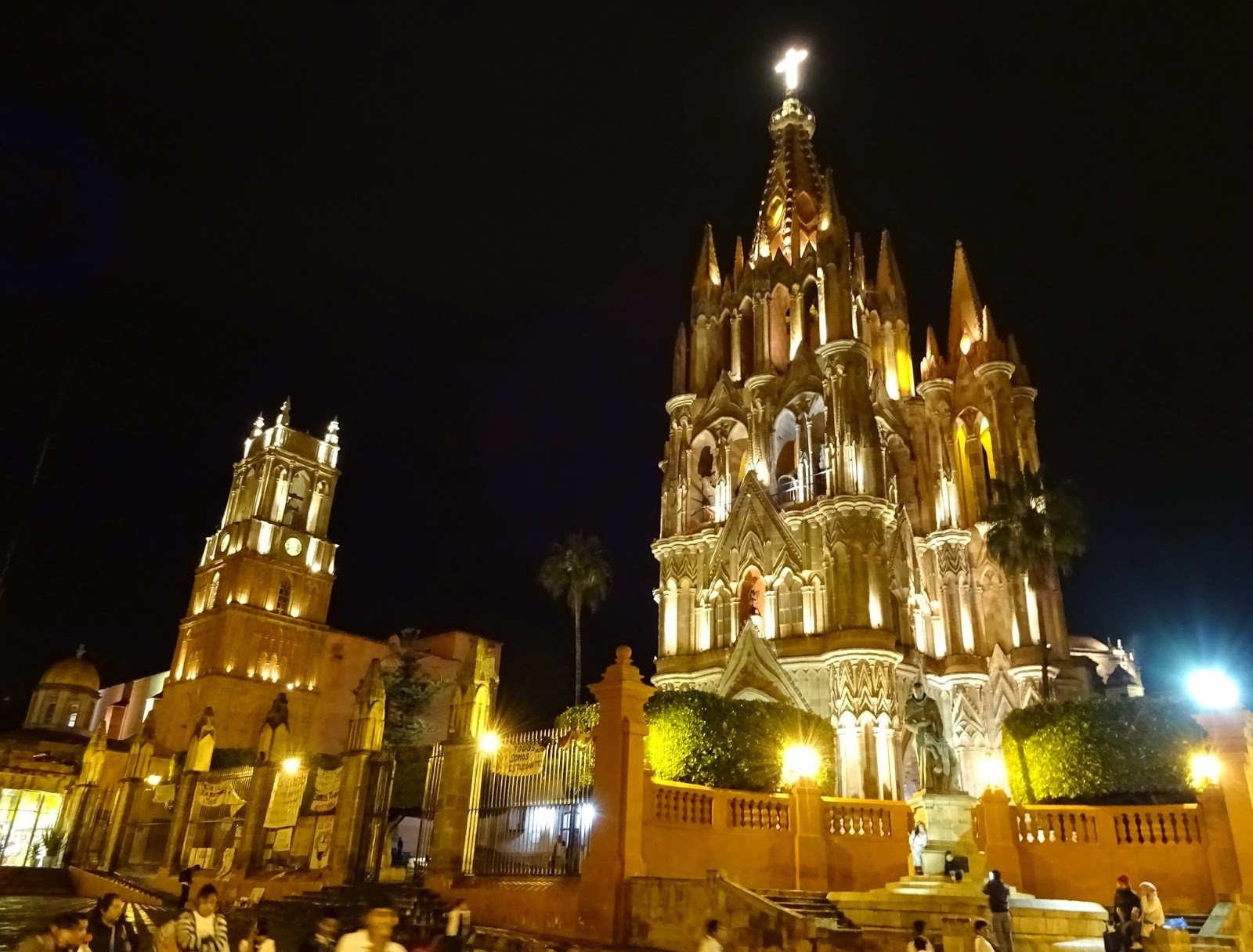 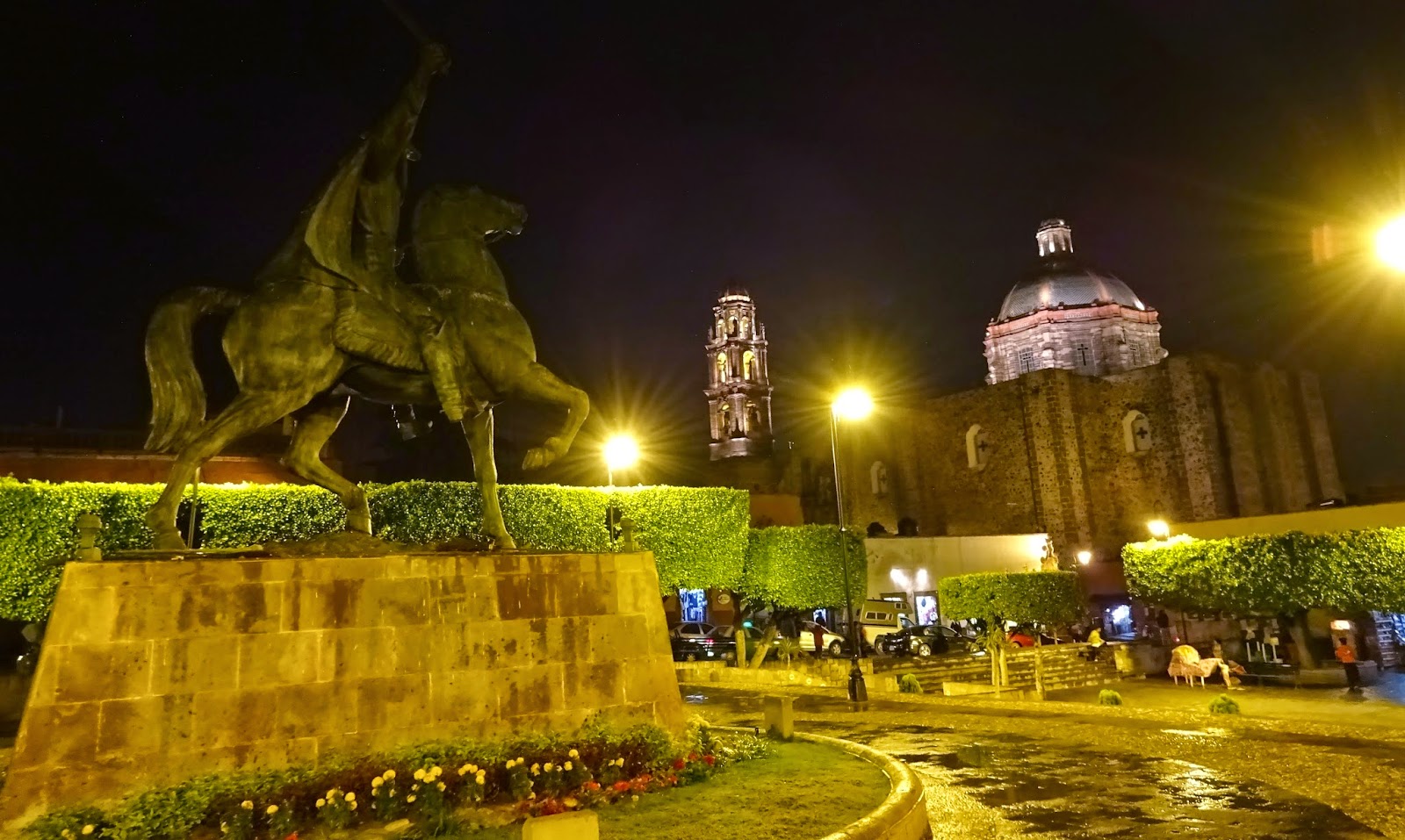 While in Mexico, we've been trying to train ourselves to just relax and go with the flow. This was a good exercise in that. We spent three nights and two whole days in San Miguel relaxing, exploring the city, and eating really great food. A couple of the highlights were champurrado, a drink made of chocolate and atole (finely ground corn rehydrated), and la bandera, a sequence of lime juice, tequila, and spicy tomato juice—yum, on both accounts! Juan showed up on the last day and showed us some of his favorite restaurants and hang-outs. He also gave us some great advice on things to see during the remainder of our trip through Mexico. 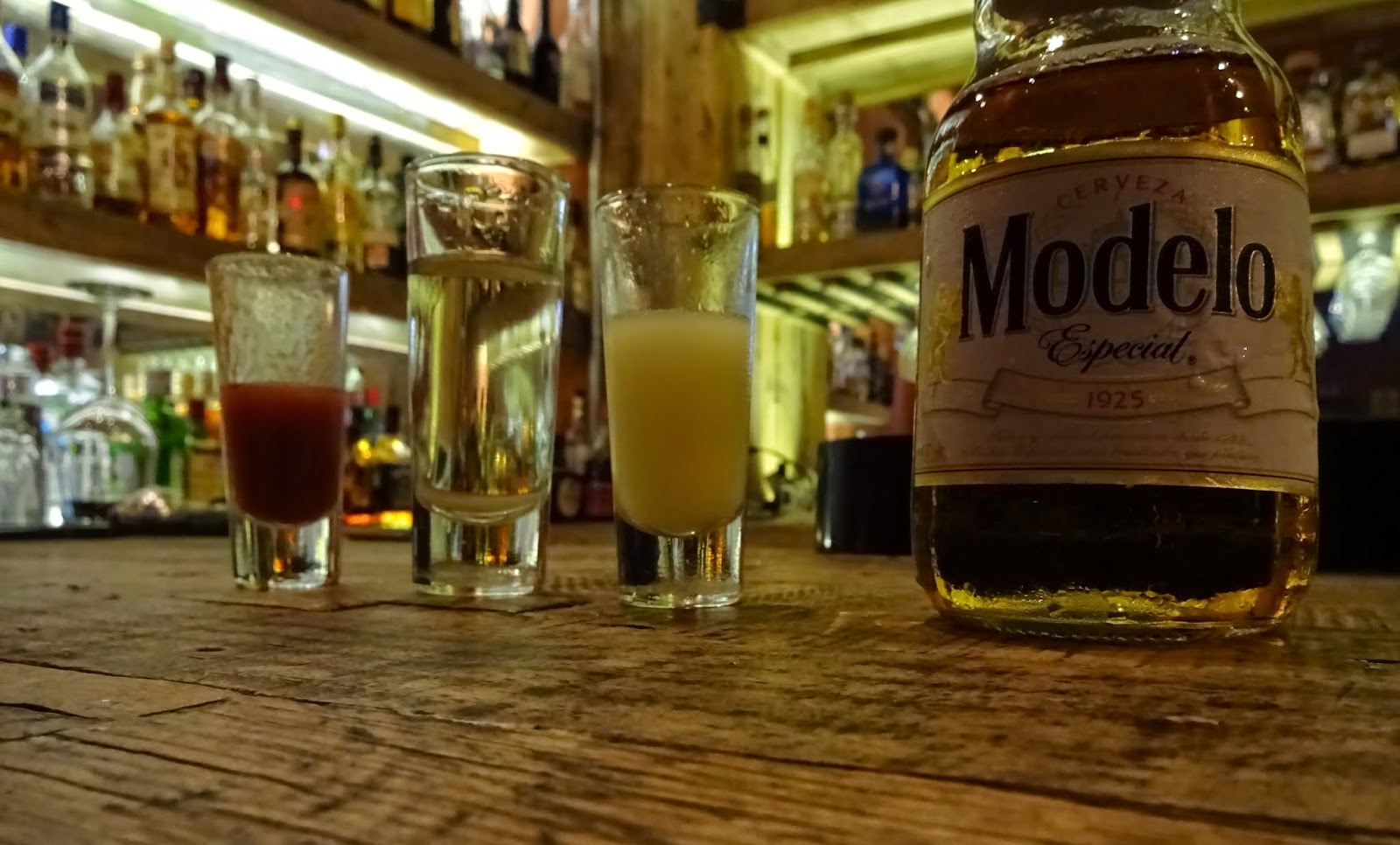 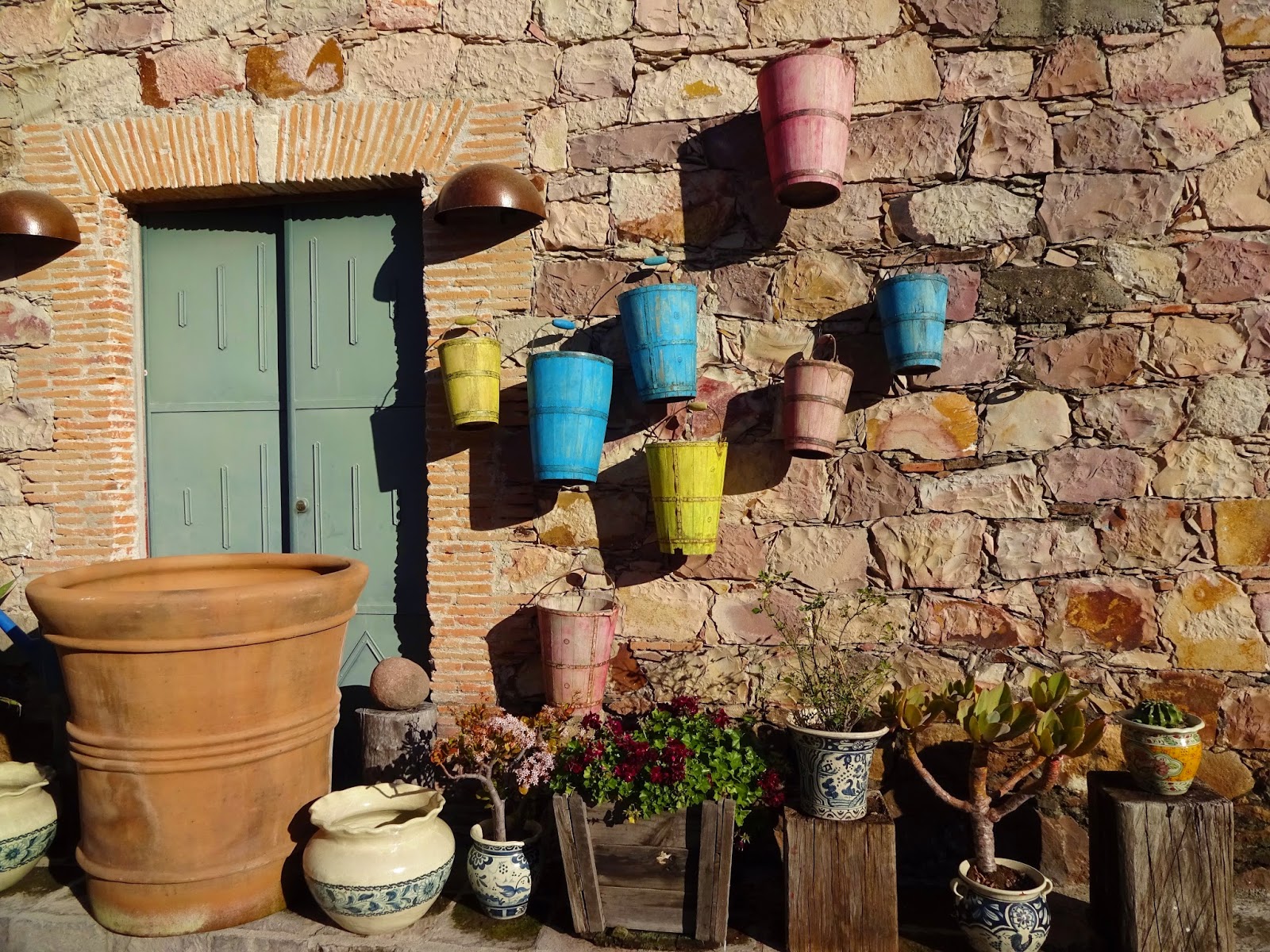 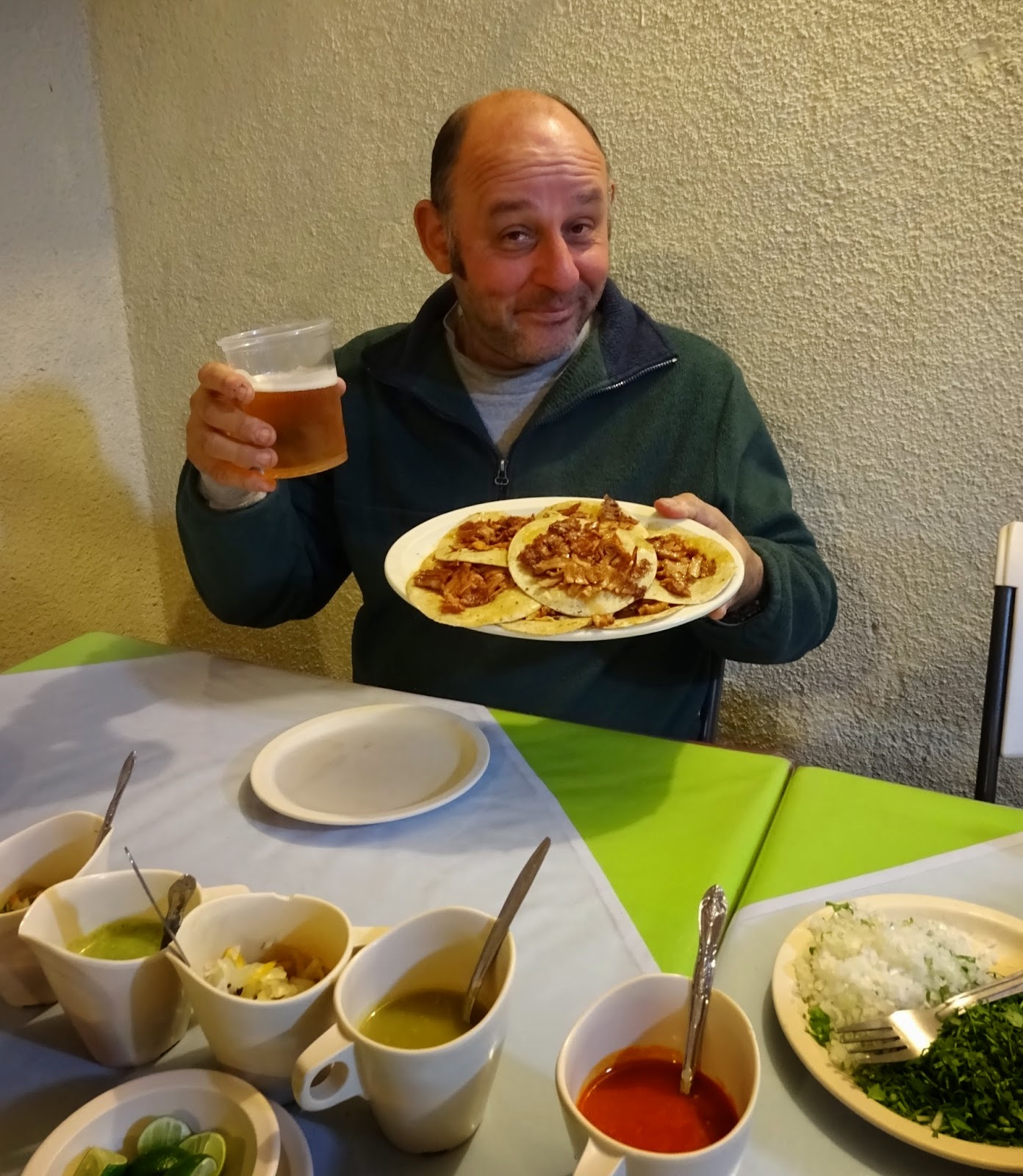 The next day we leave for Cholula, Puebla. The weather looks nice, and we've successfully waited out the storms.
Posted by Brayde at 10:30 AM