After planning a route through the rest of Mexico with Juan's help, we bid hasta luego to our wonderful hosts and hit the road once again. About 100 miles down the road, we discovered a hole in the sprocket cover of the F650GS. Matt searched around and found the nut had come all the way off the sprocket and managed to settle into the footpeg. Lucky break! With some creative roadside maintenance, we discovered the one tool our toolkit was missing: a wrench big enough to fit the sprocket nut. Thankfully, a friendly gas station attendant loaned us one. With a little more work, we were ready to hit the road once again. 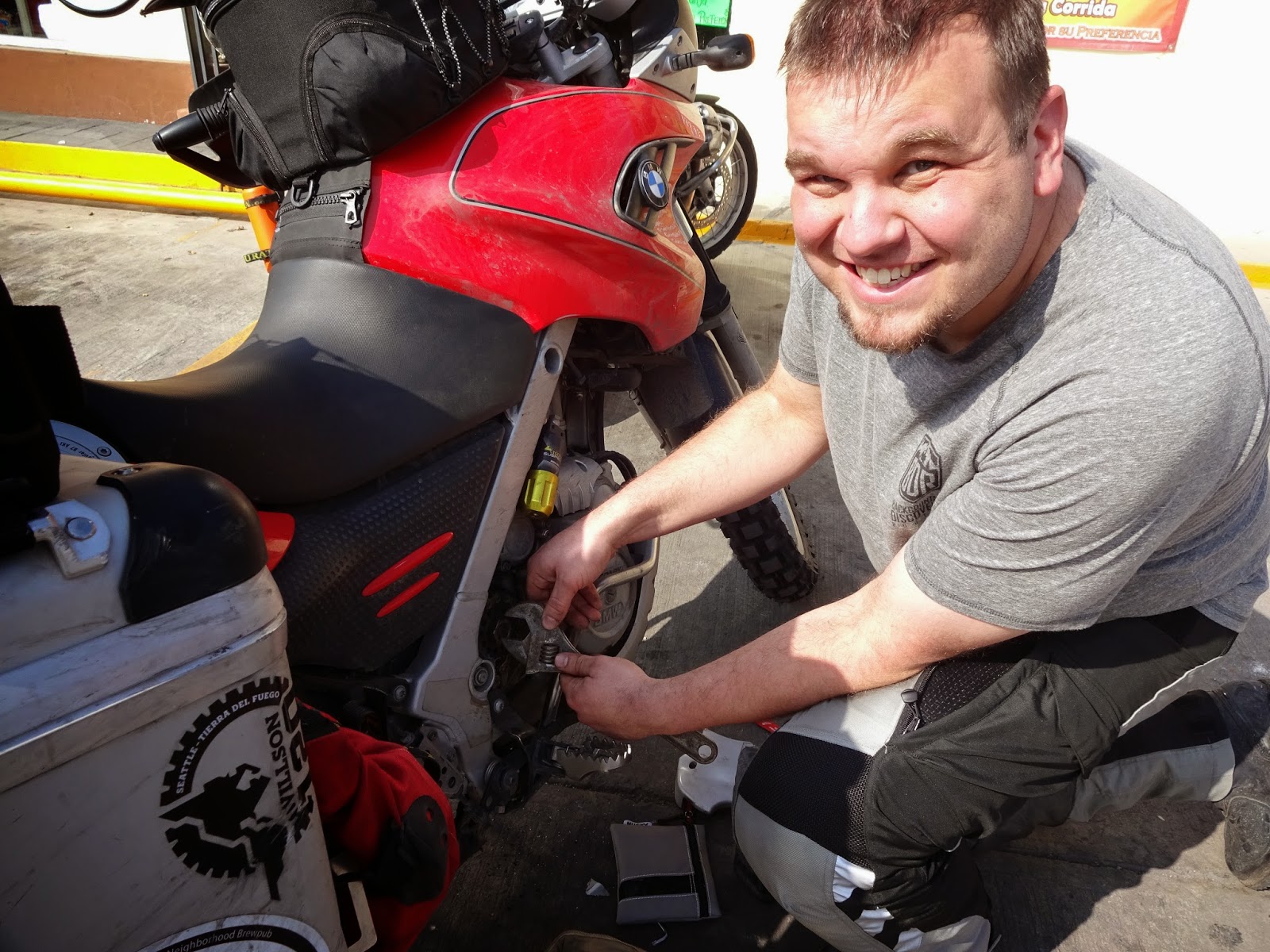 On Juan's advice, we took the free road north of Mexico City through the foothills then south to Cholula to check out the archaeological site and colonial town of Puebla. In the morning, we woke up to tour the pyramid at Tlachihualtepetl (which means "artificial mountain" in Nahuatl). It was really neat to walk through the tunnels that Aztecs created thousands of years ago. According to the archaeological signage, three different civilizations took up residence at this pyramid structure and added or modified sections to make it their own. In the end, it was reclaimed by nature, and Spaniards eventually built a church on top of it. 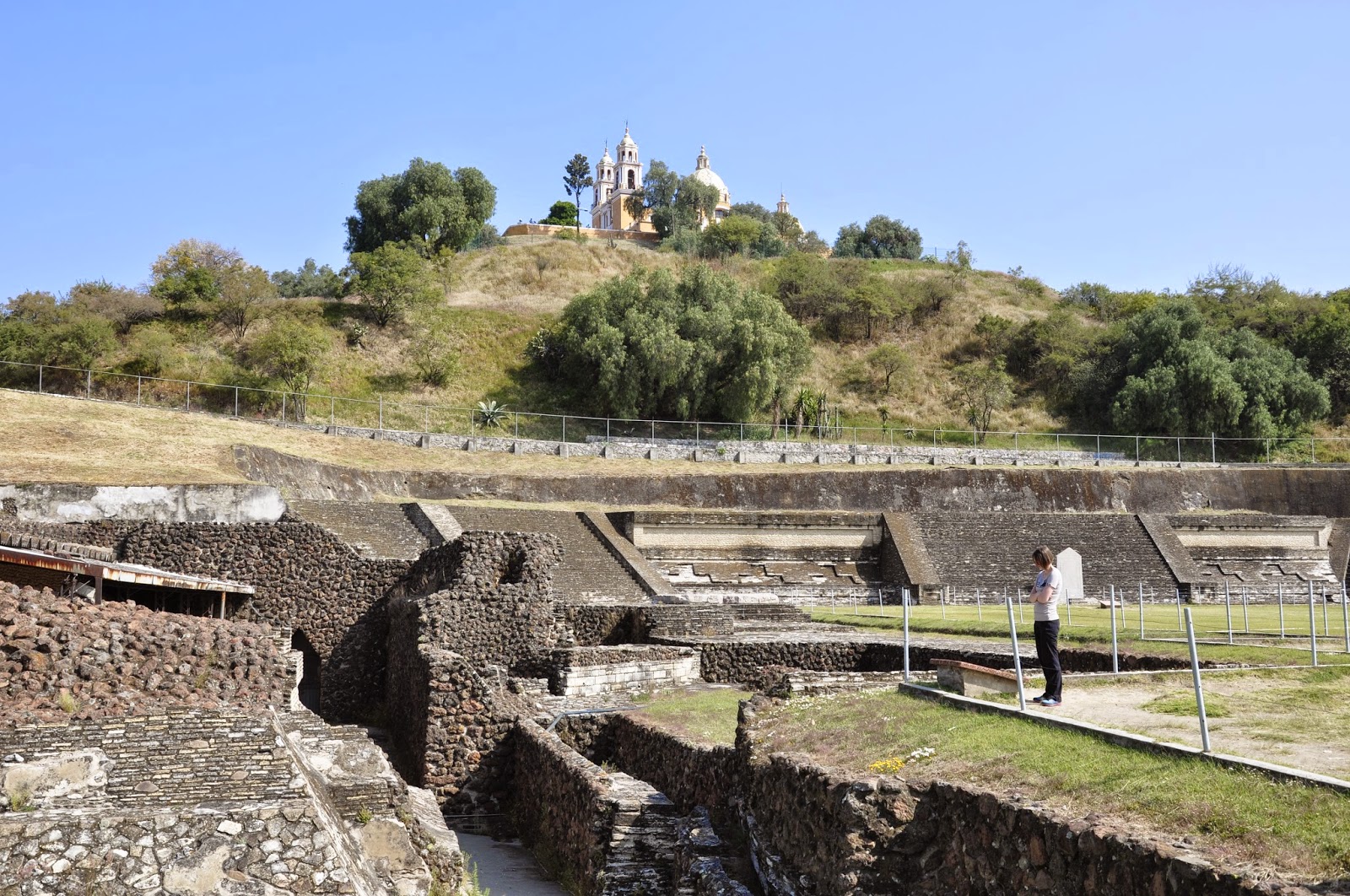 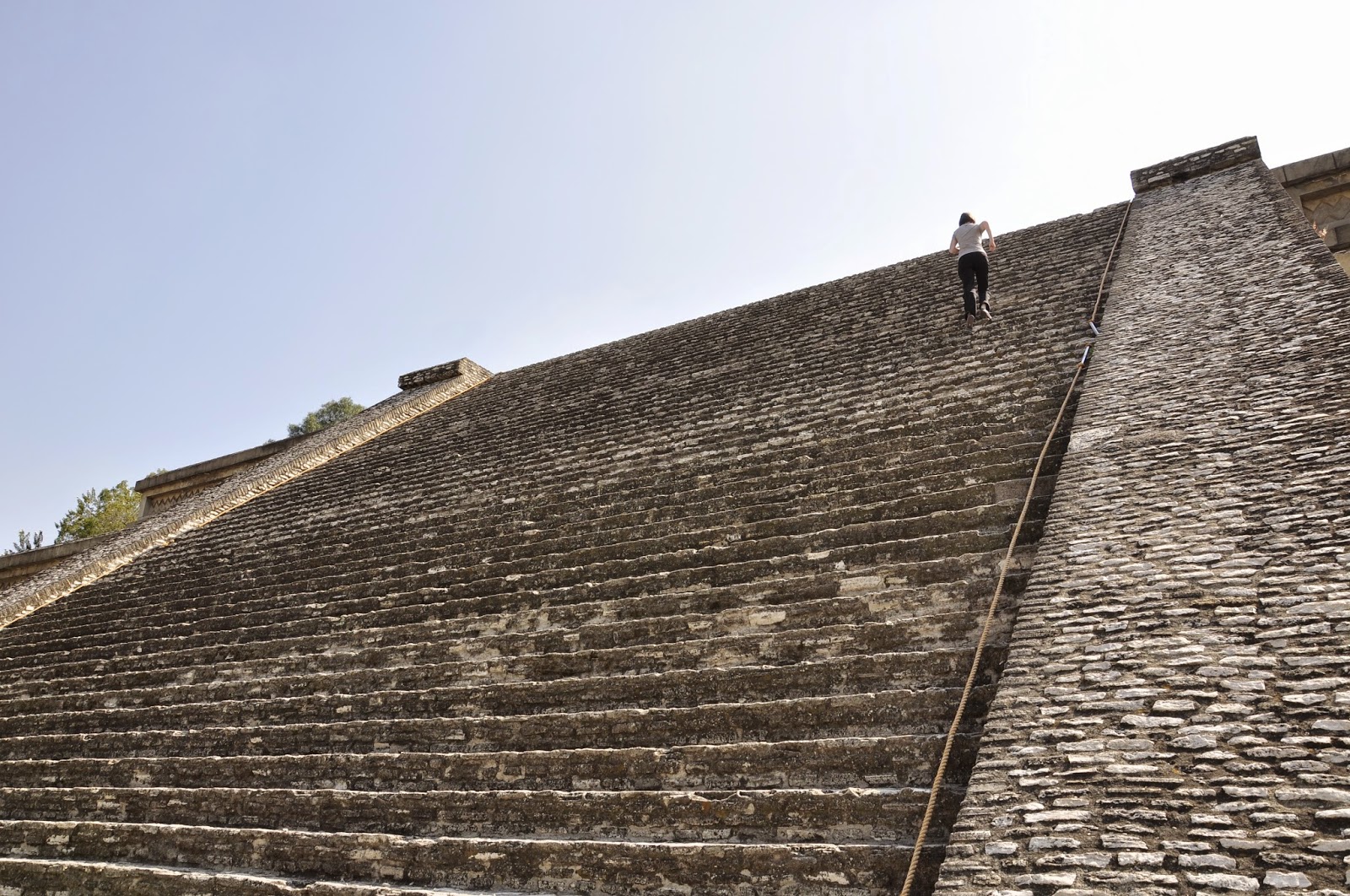 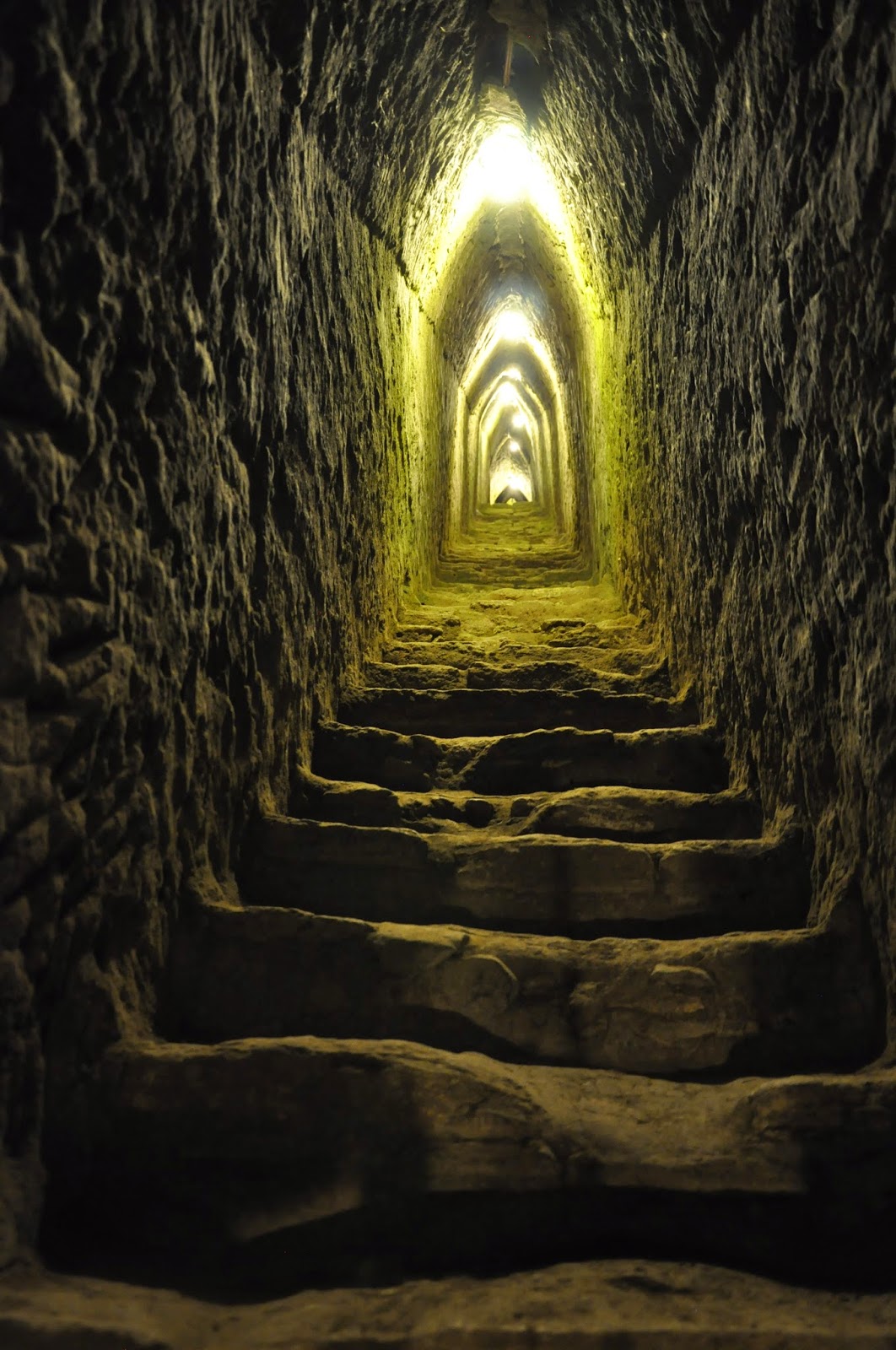 After exploring the ruins, Matt couldn't resist the chance to try chapulines—fried grasshoppers—from one of the street vendors. After some coaxing, I was even convinced to partake. They're not too bad! We liken them to sunflower seeds but maybe chewier. 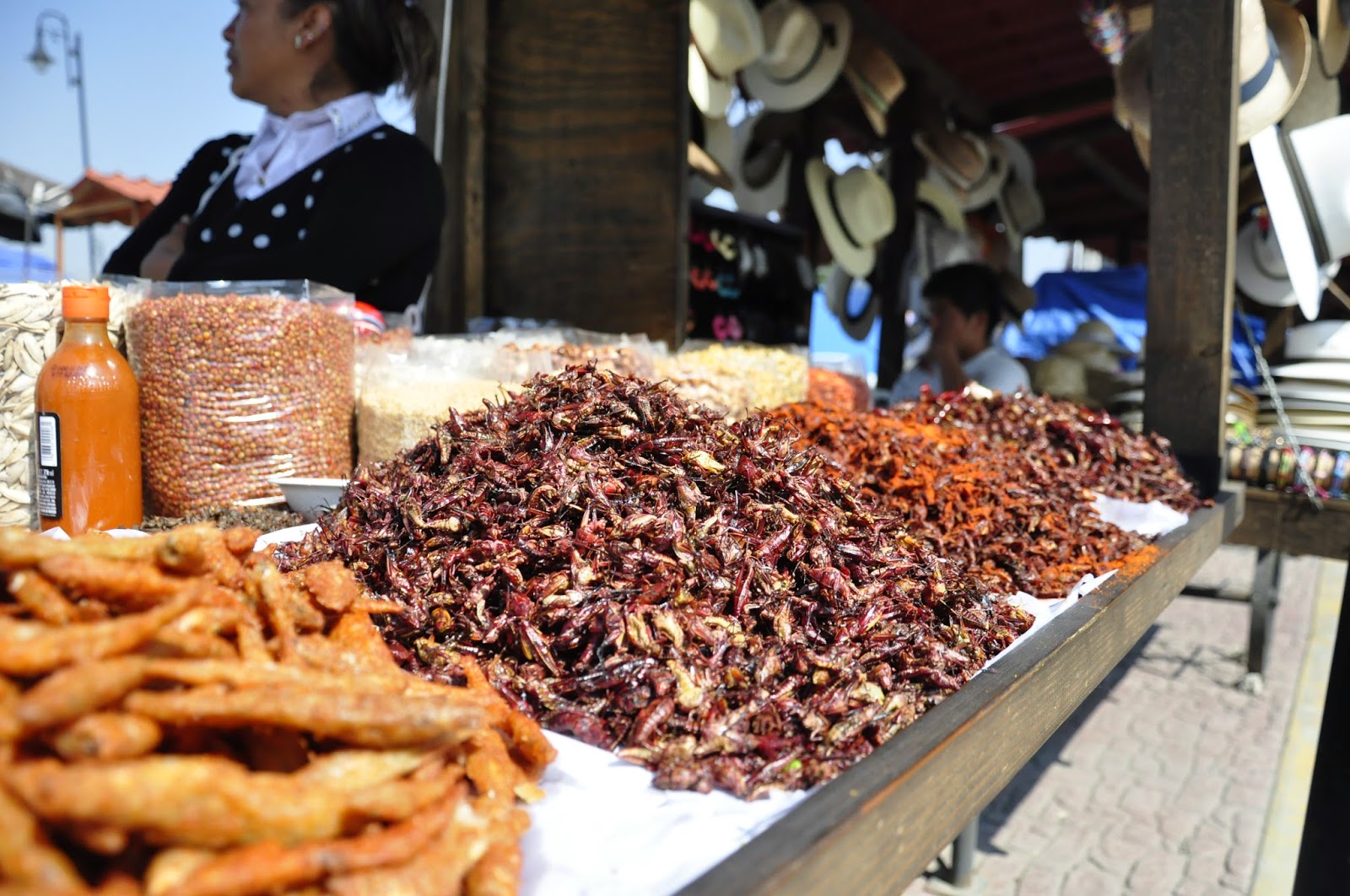 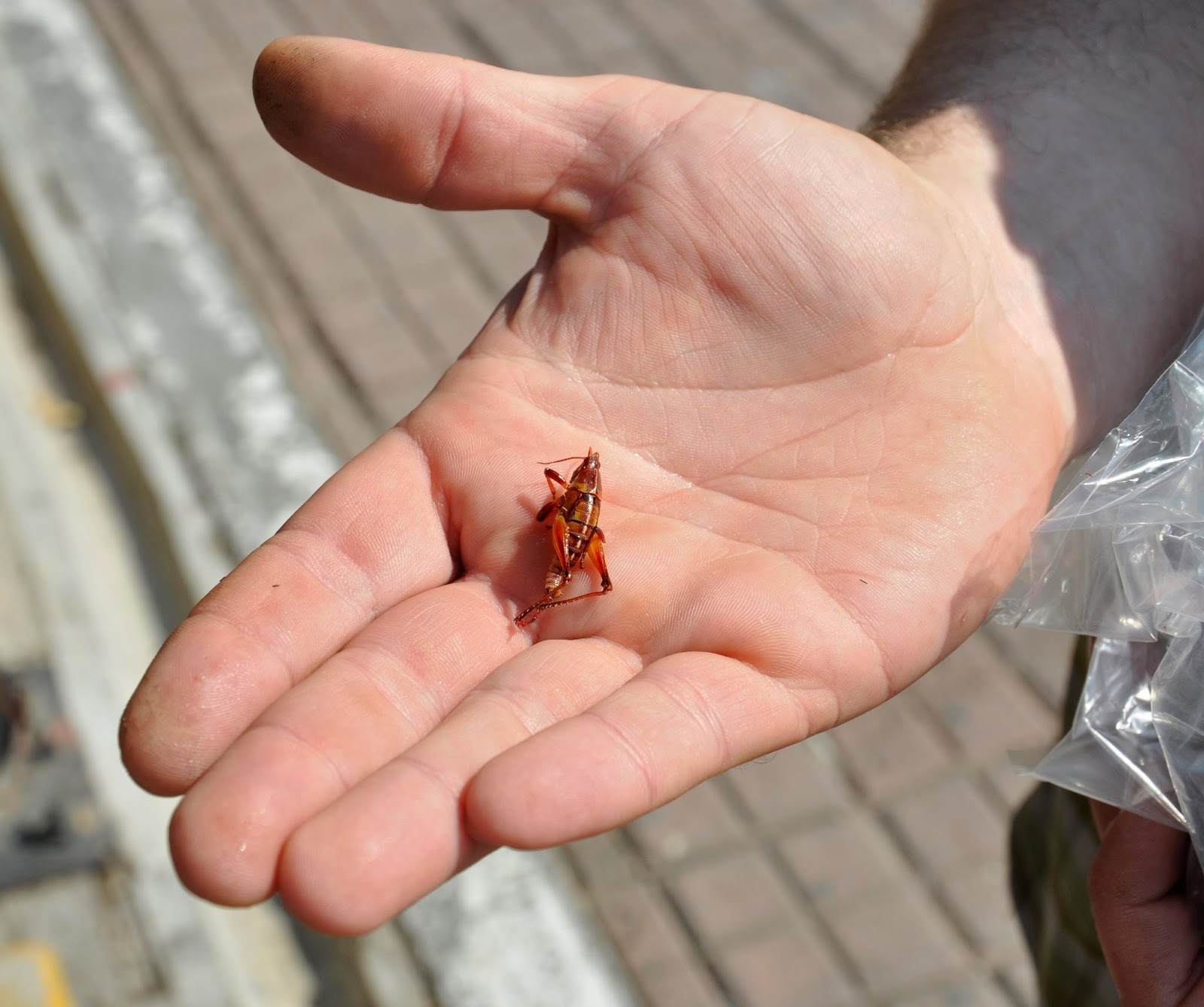 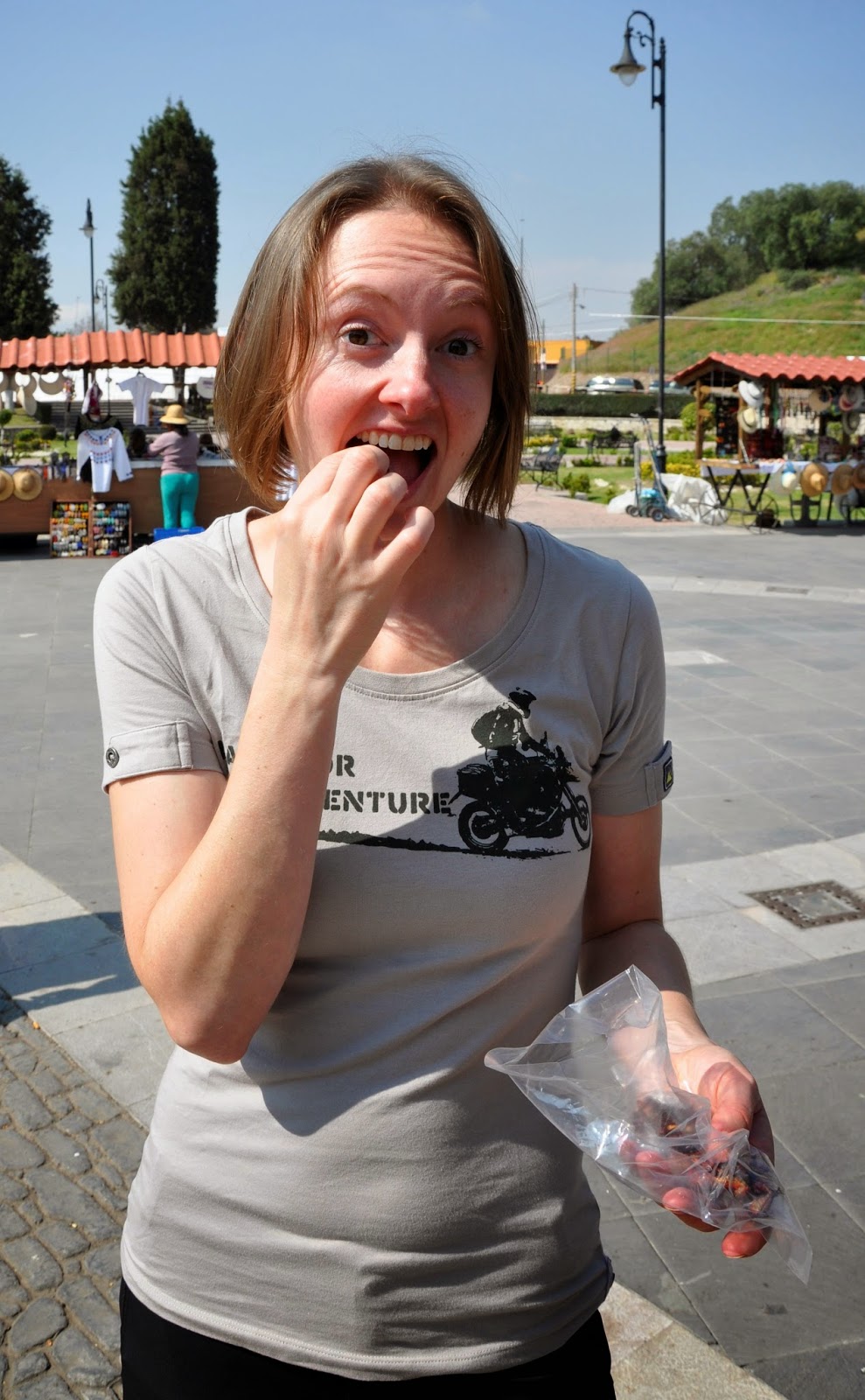 We had planned to do a little sightseeing in Puebla on our way out of the area, as we'd heard great things about the city, but it turned out that we got caught in heavy Saturday traffic and felt the need to get on the move. We made the tough decision to keep moving and promised ourselves we'd visit Puebla properly the next time we come south. So, off we set for Oaxaca.


Here are some valuable lessons we learned along the way: 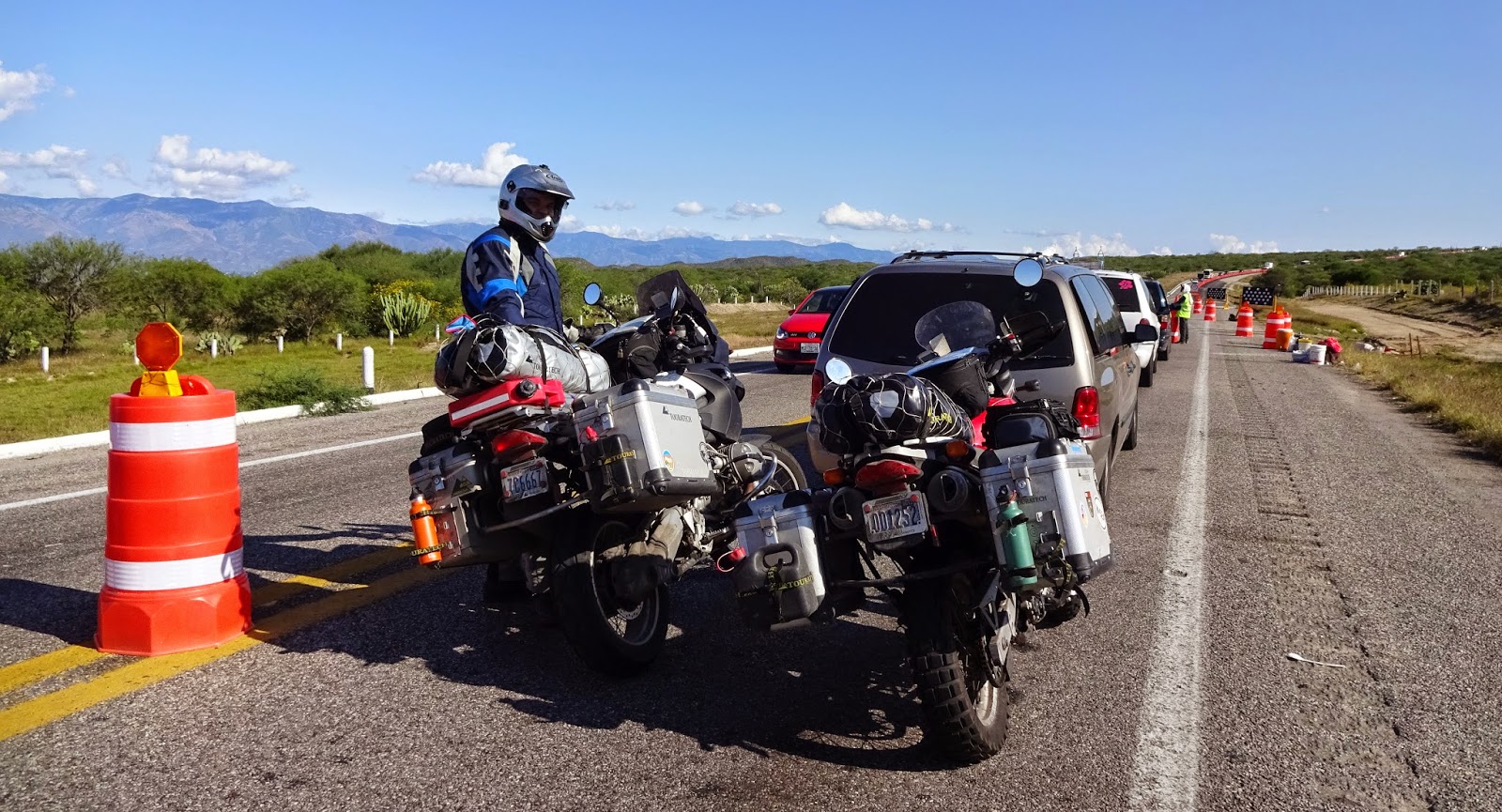 After some trial and tribulation of our own making, we finally made it to Oaxaca—somewhere we'd been looking forward to for its cuisine. Fitting with the rest of our afternoon, we arrived on a weekend in the midst of a rally, which made pinning down a hotel a little tricky. We did finally secure a motorcycle-friendly hotel, though, and Matt got the added bonus of exercise by running up and down a few blocks in riding gear. Lucky him! 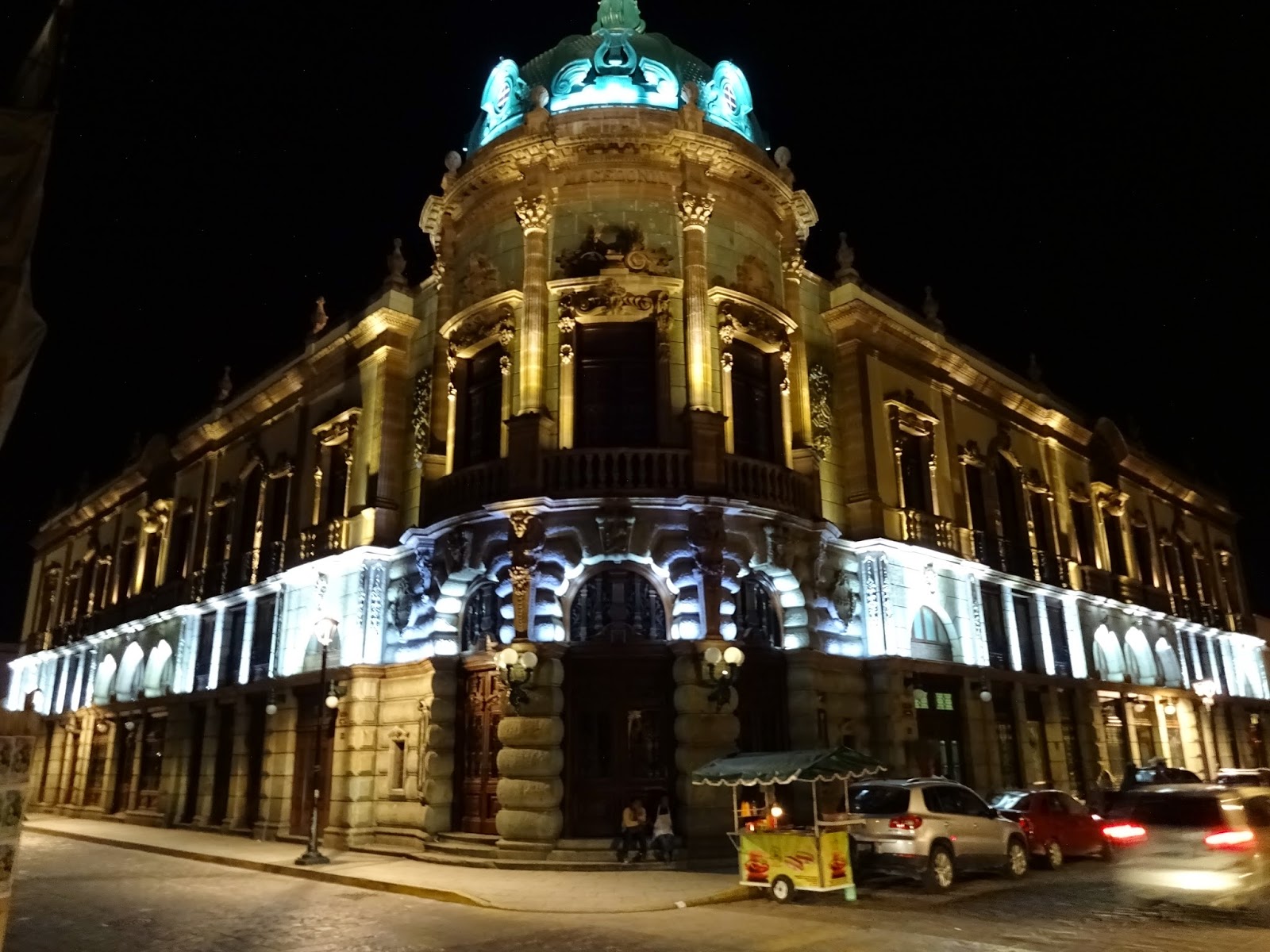 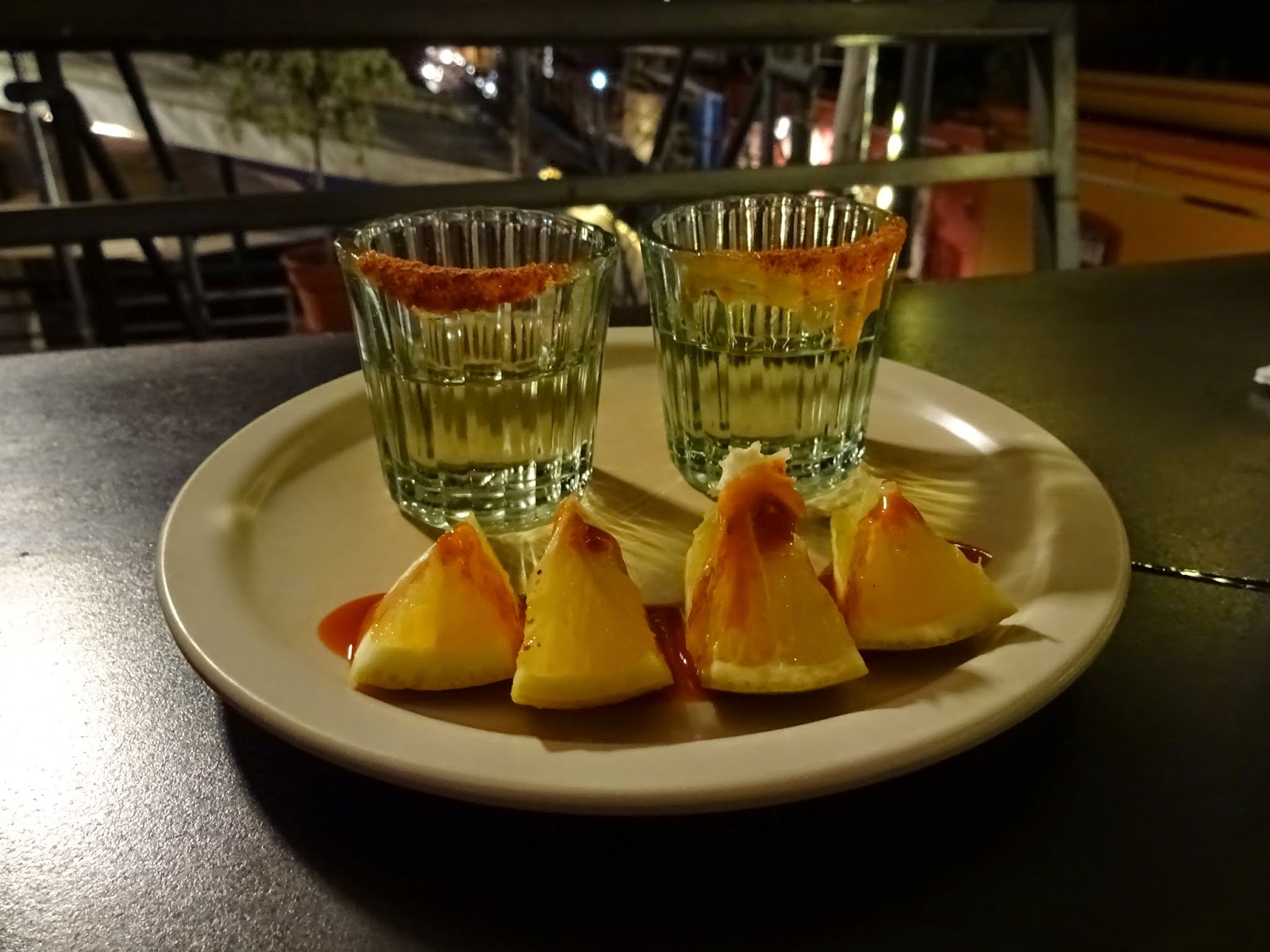 Too tired to check out the city that evening, we were happy to find everything in full swing the following morning, too. We grabbed a breakfast of tamales con mole in French rolls, champurrado, and aguas frescas, then wandered all over the city's big street market. All the sights, sounds, and smells let us know how far we've already come from home. 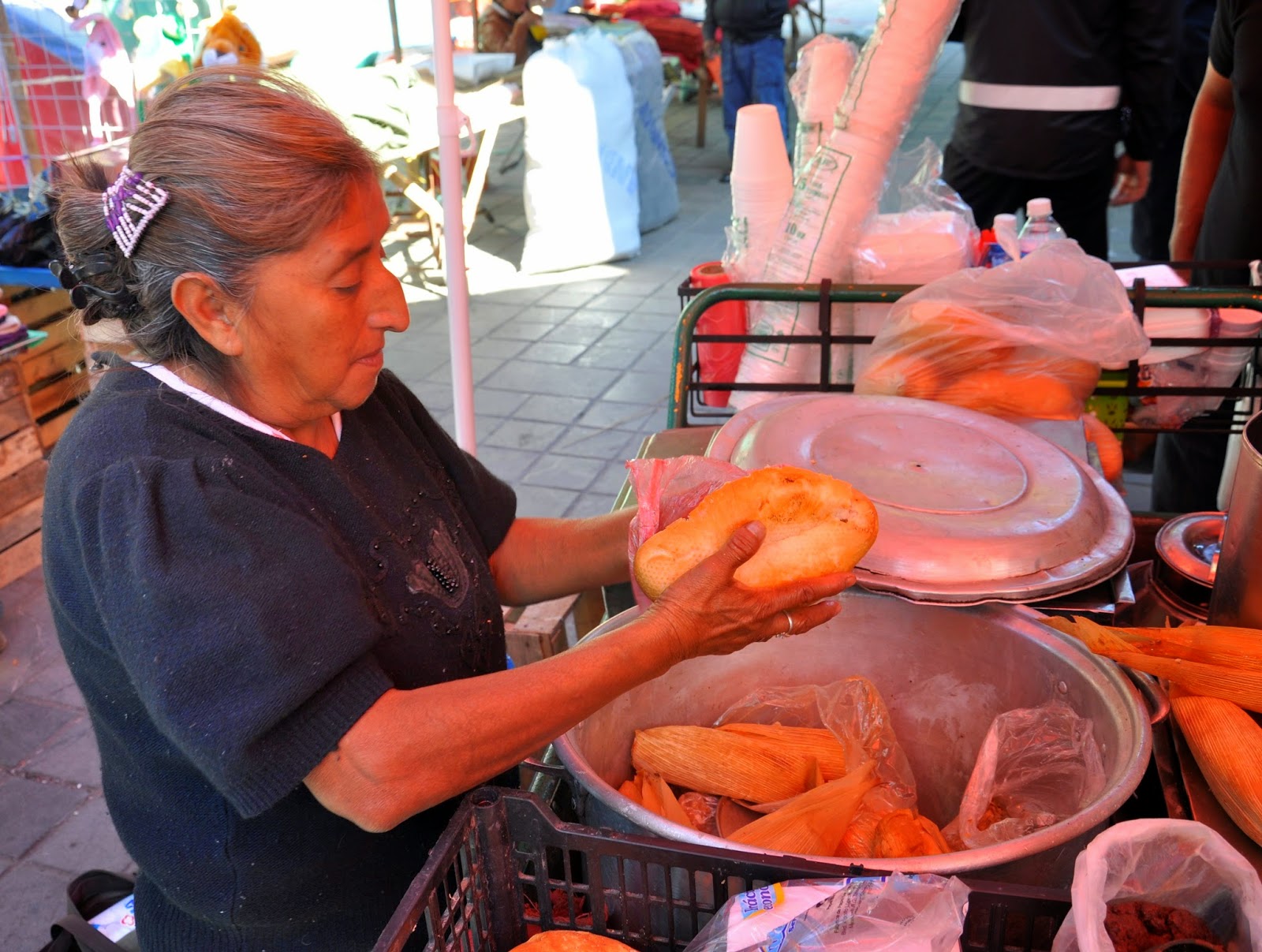 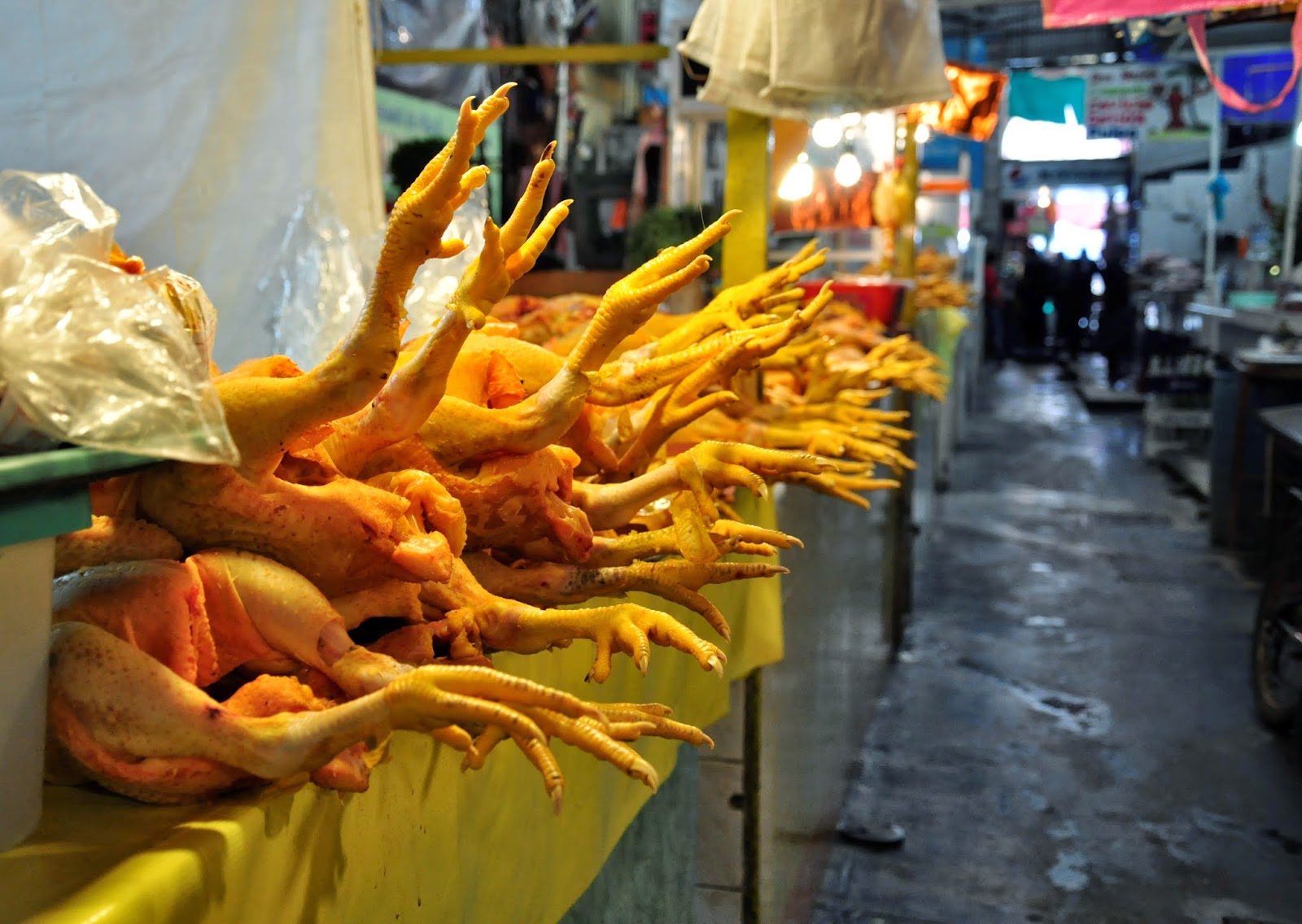 We finally pulled ourselves away from Oaxaca's street life and headed back out to find our way to the Pacific Coast, to the little beach town of Huatulco. What started out as a slow road through several small towns later turned into one of the best roads we've ever ridden. Ever. Over the course of the day, we traveled through desert-like conditions to tropical rainforest, and everything between. The road turned into a mountain highway full of twists and turns that took us over several passes and through the clouds. It was breathtaking. What was equally impressive to the natural beauty of everything was the presence of houses and farms dotting the steep terrain all along the way. We even ran into (almost literally) turkeys at 9,000 feet elevation! 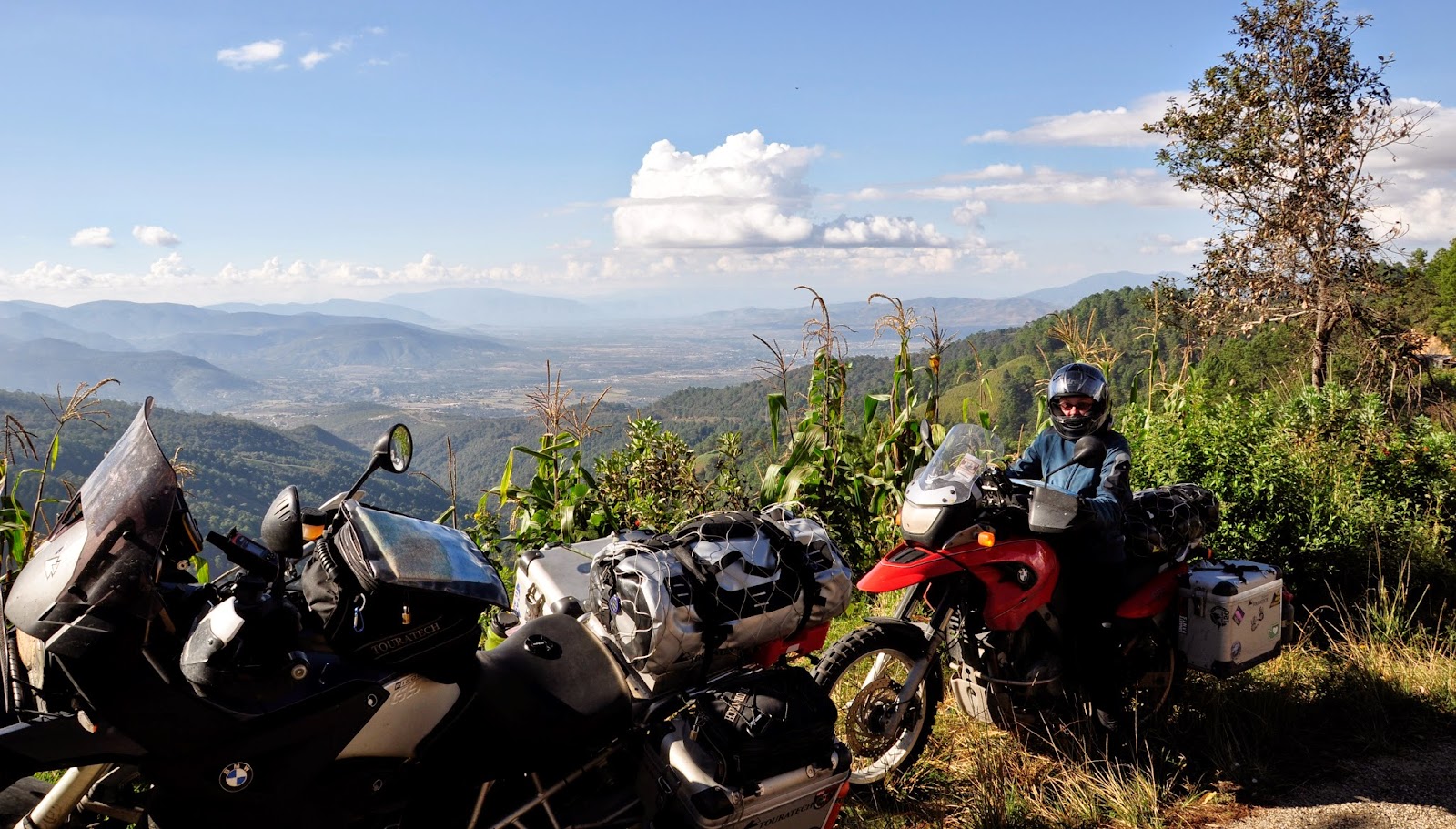 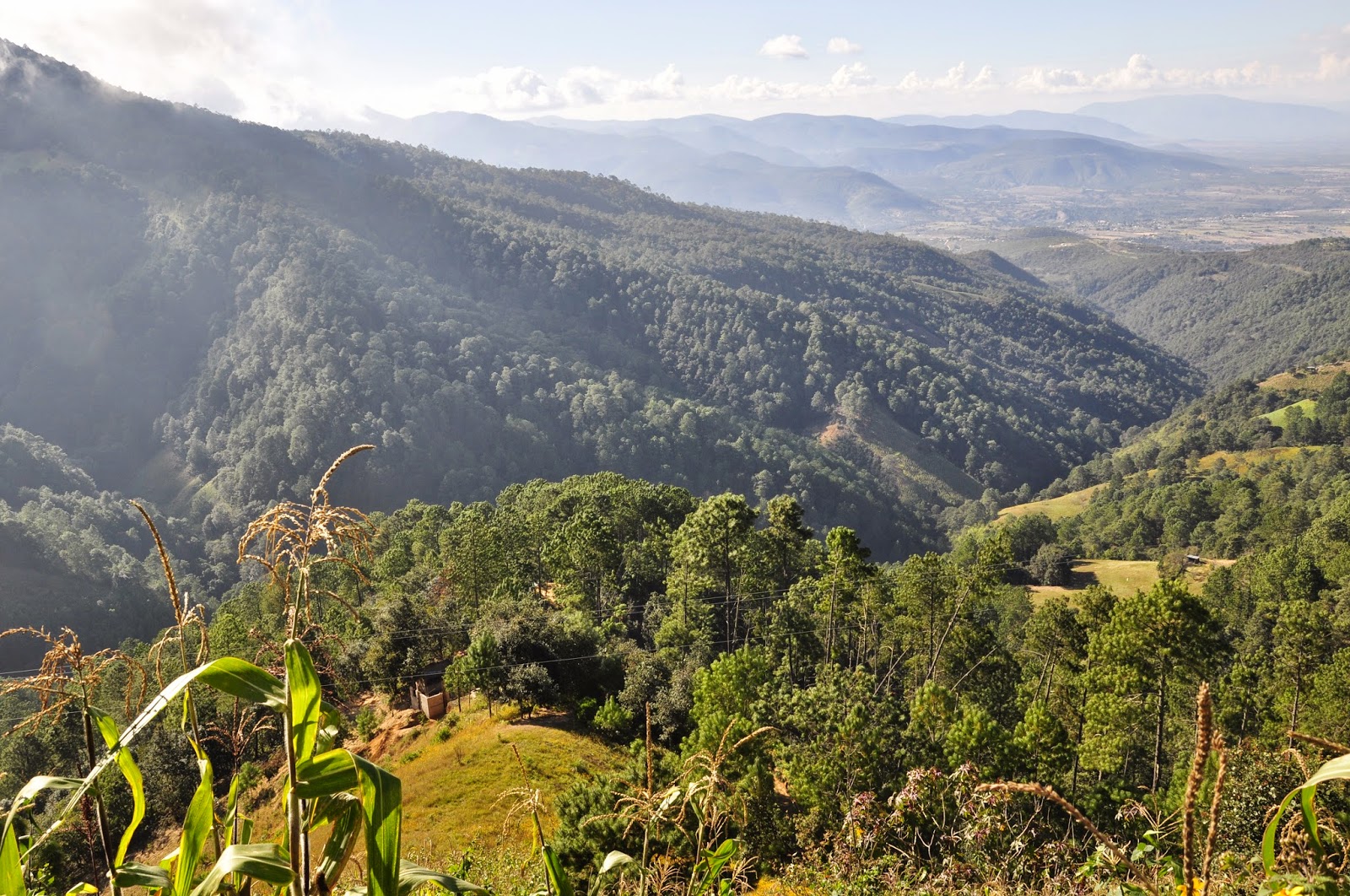 Just before we got to the good part of the road, we pulled off for lunch at a roadside stand and some very nice locals tipped us off to take a shortcut to Huatulco, but we never saw said turnoff and ended up riding this highway for about five hours. By the end, we were about ready for a break but still in awe at how amazing the ride was. 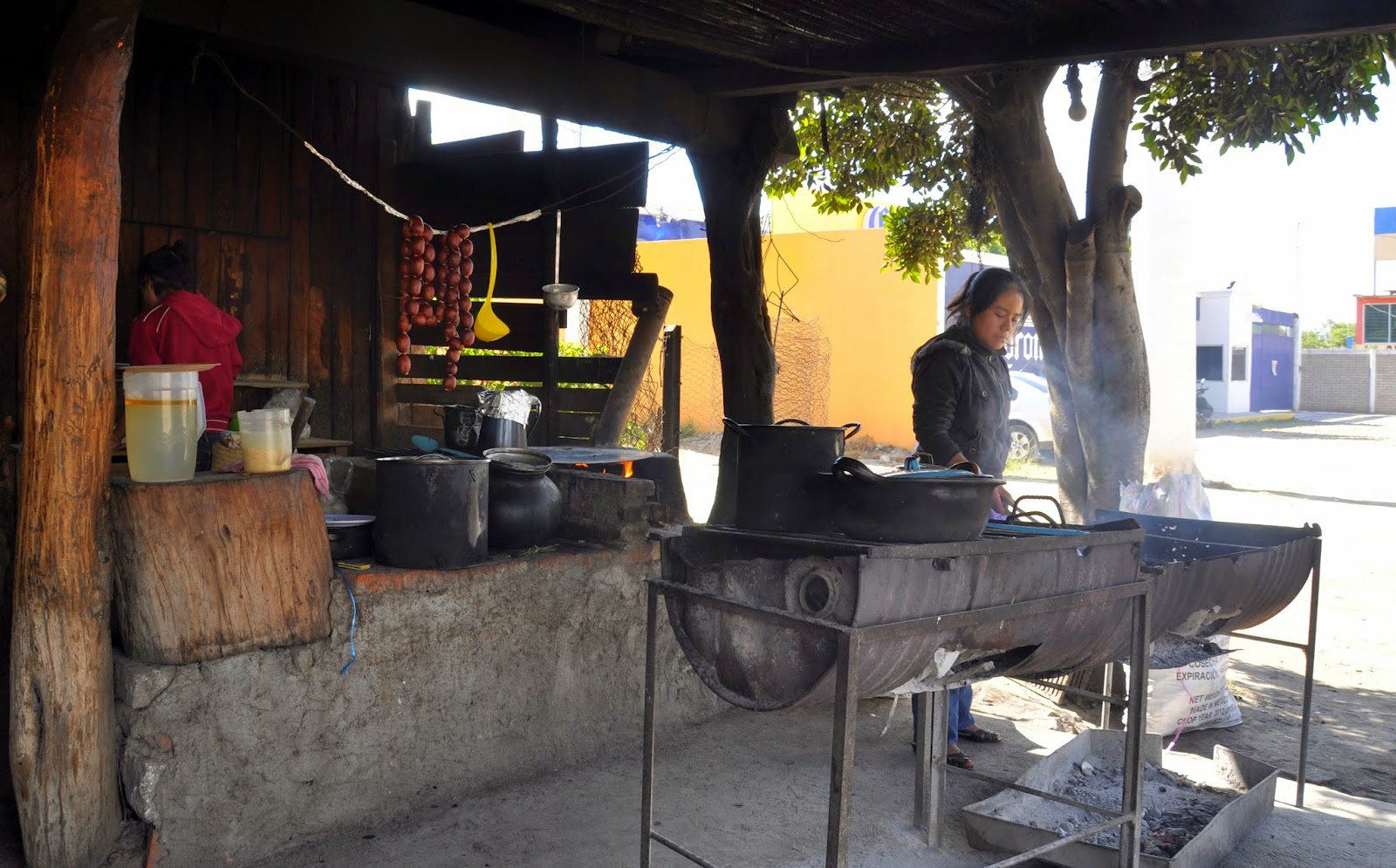 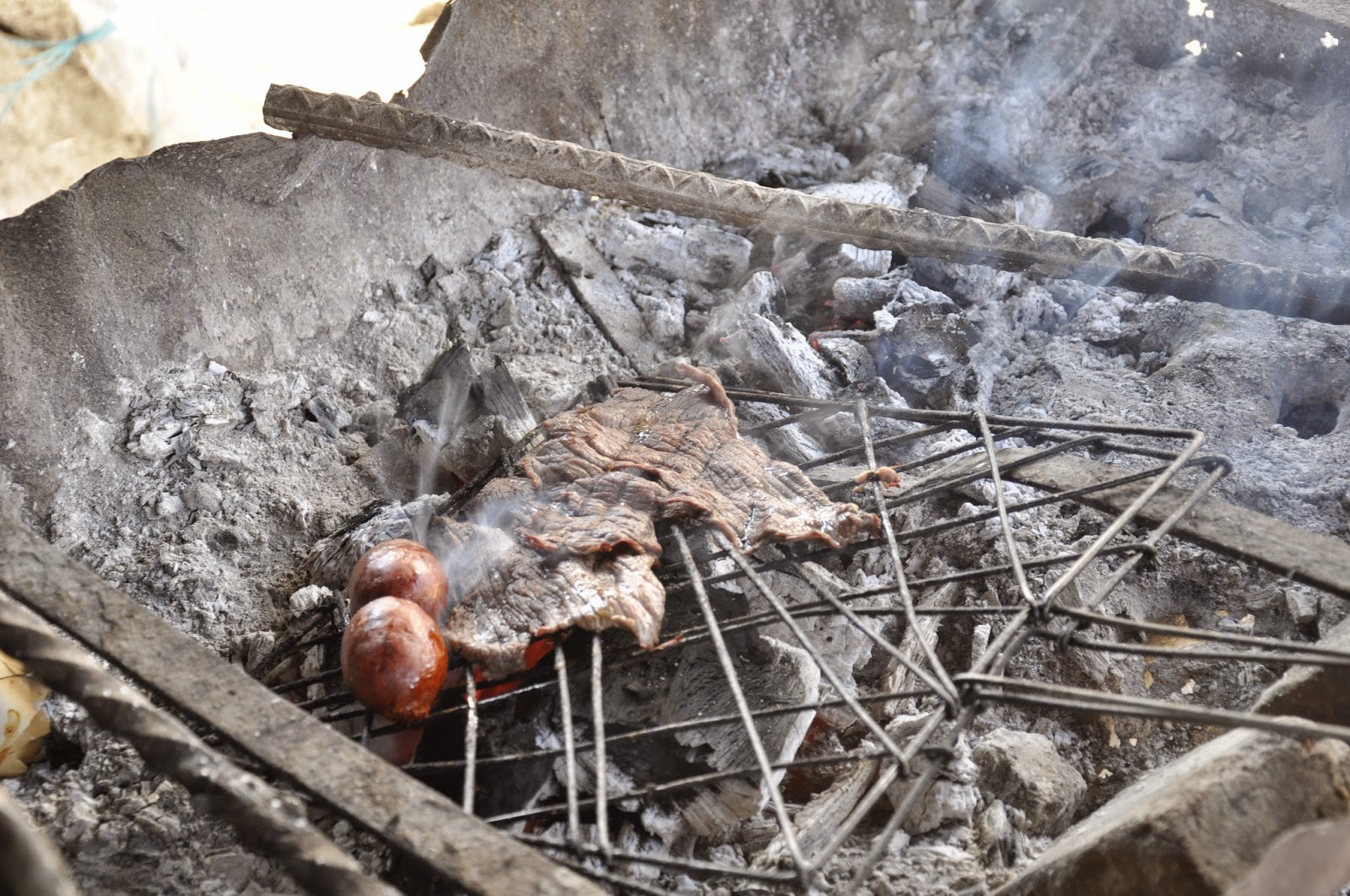 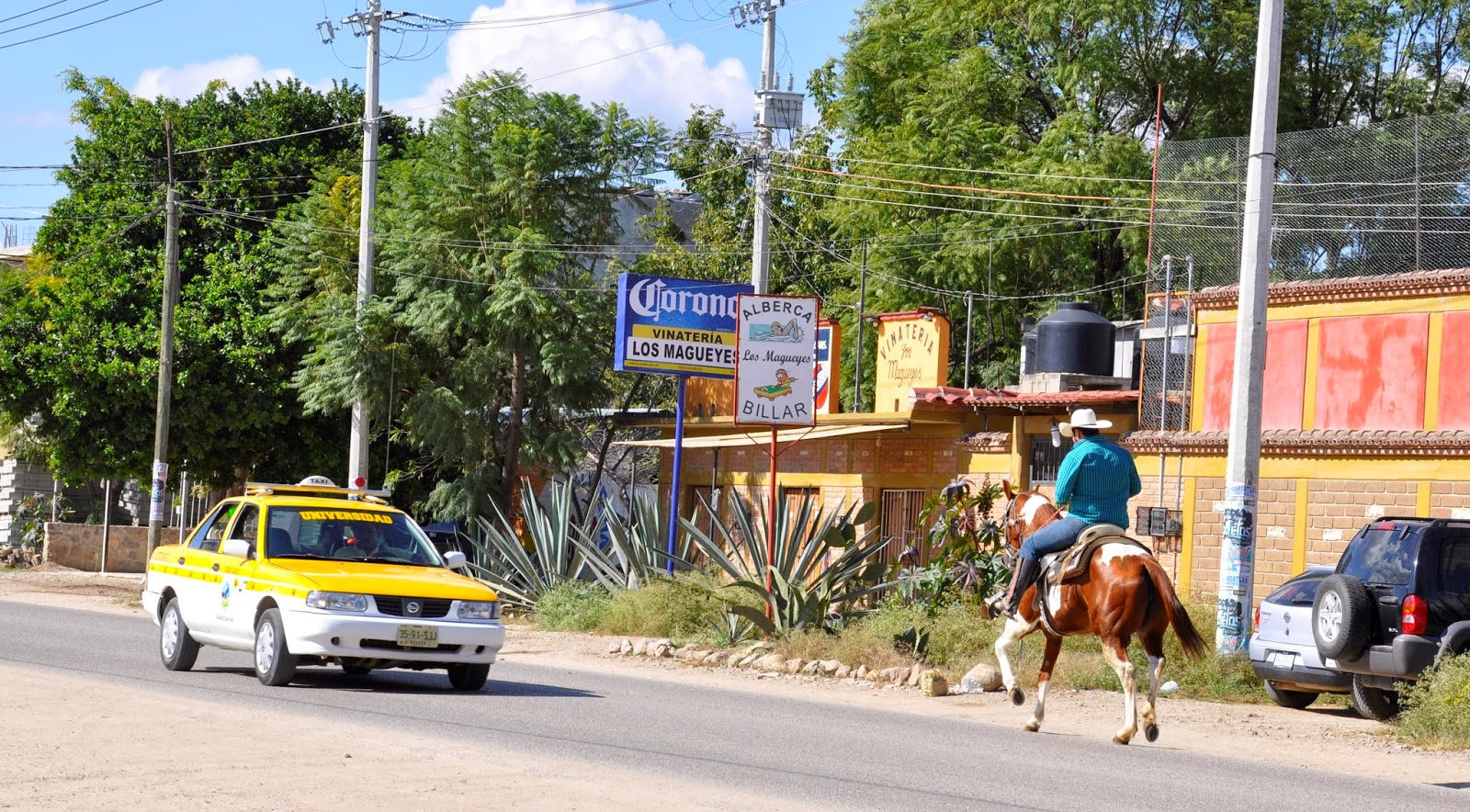 Based on another recommendation from Juan, we set our destination for a hotel run by yet another fellow rider and couldn't have been happier with the lodging at the end of another long day. With laundry piling up and our own energy levels running low, we decided to stay an extra day in Huatulco to play catch up. Being on the water, we couldn't pass up the opportunity for some ceviche, either. 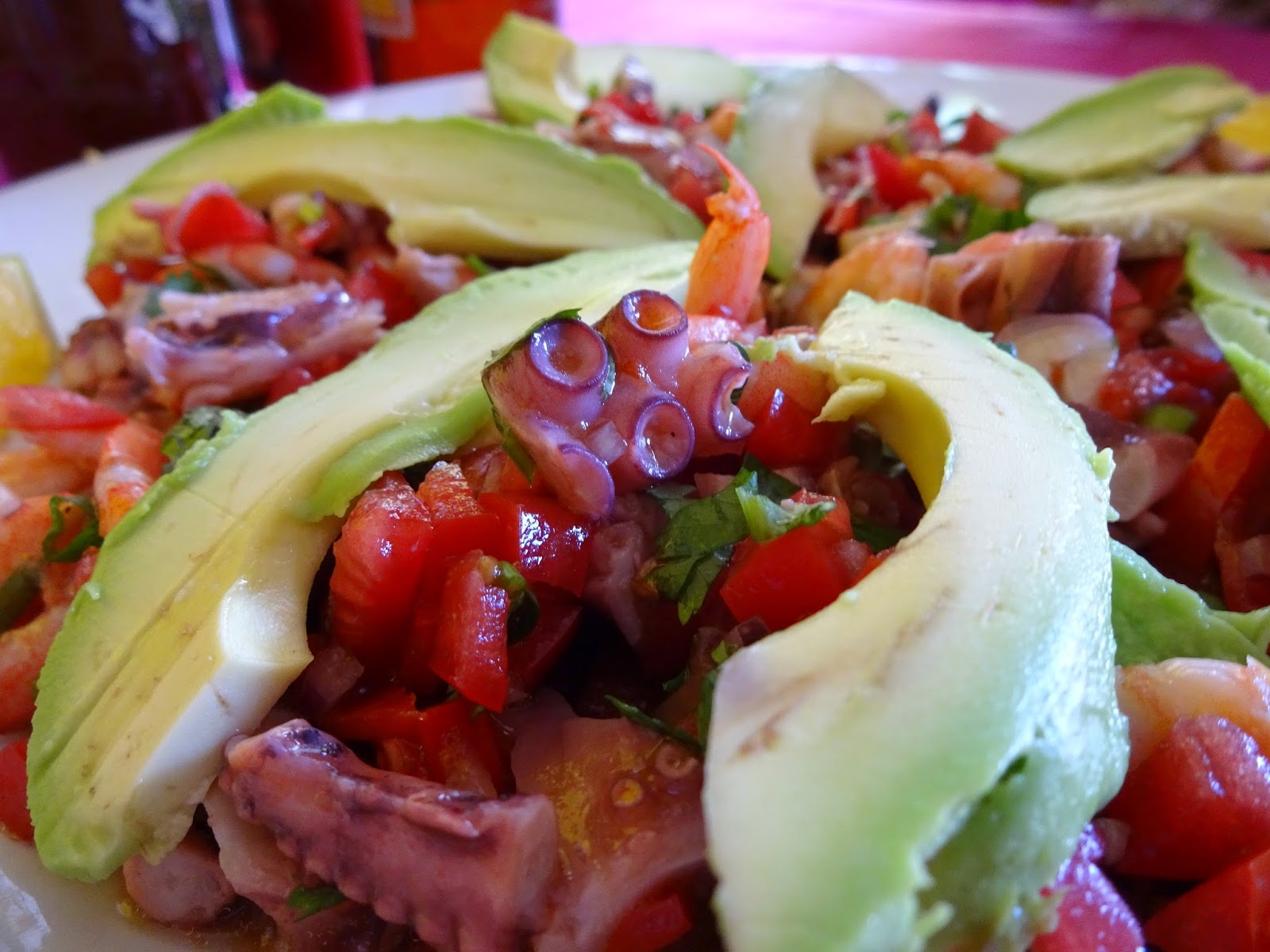 Next, we head back inland to make our way to towards Chiapas and the famous Palenque ruins.