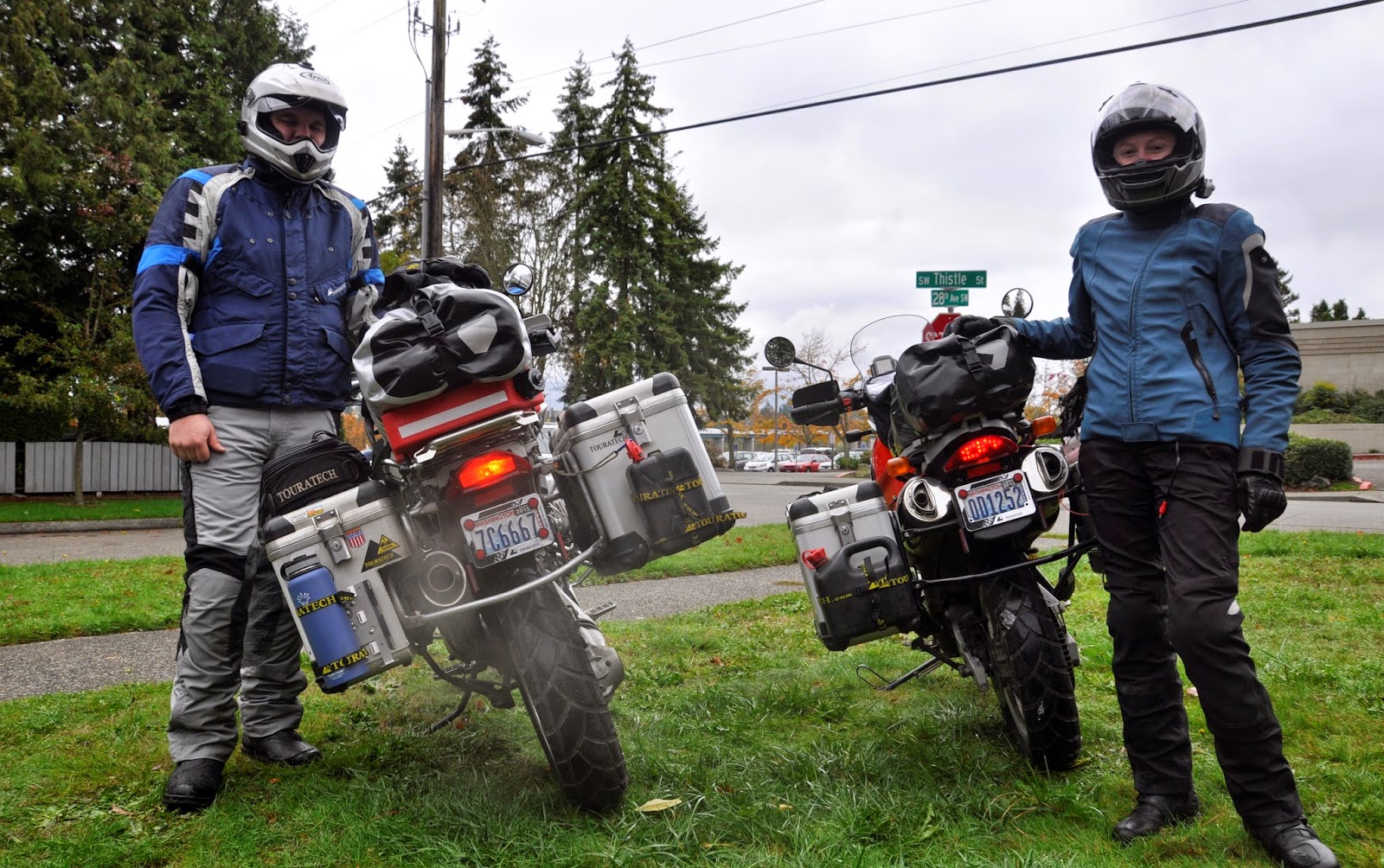 Well the week leading up to our departure was just plain crazy.  Here are some of the highlights:

One week till departure, roof starts leaking, ruins downstairs bathroom door.  Had to fix the roof, and take care of the water damage, as well as replace the door.  Two days later, a huge wind storm blows down our fence.  Two days of pouring concrete and setting posts, and our fence was rebuilt with the help of our friend John. 11:30pm, two nights before departure,  the sewer line backs up into our house, flooding one of the bathrooms and filling all the toilets and bathtub due to a tree root clogging the line.  One early morning and an expensive plumber bill, and that was fixed on Friday.  It was really good that we had started our packing earlier in the week, or else we would have been screwed.  The lesson to be learned here is that we really should have just sold the house and bought a new one when we got back.  It would have been much easier. 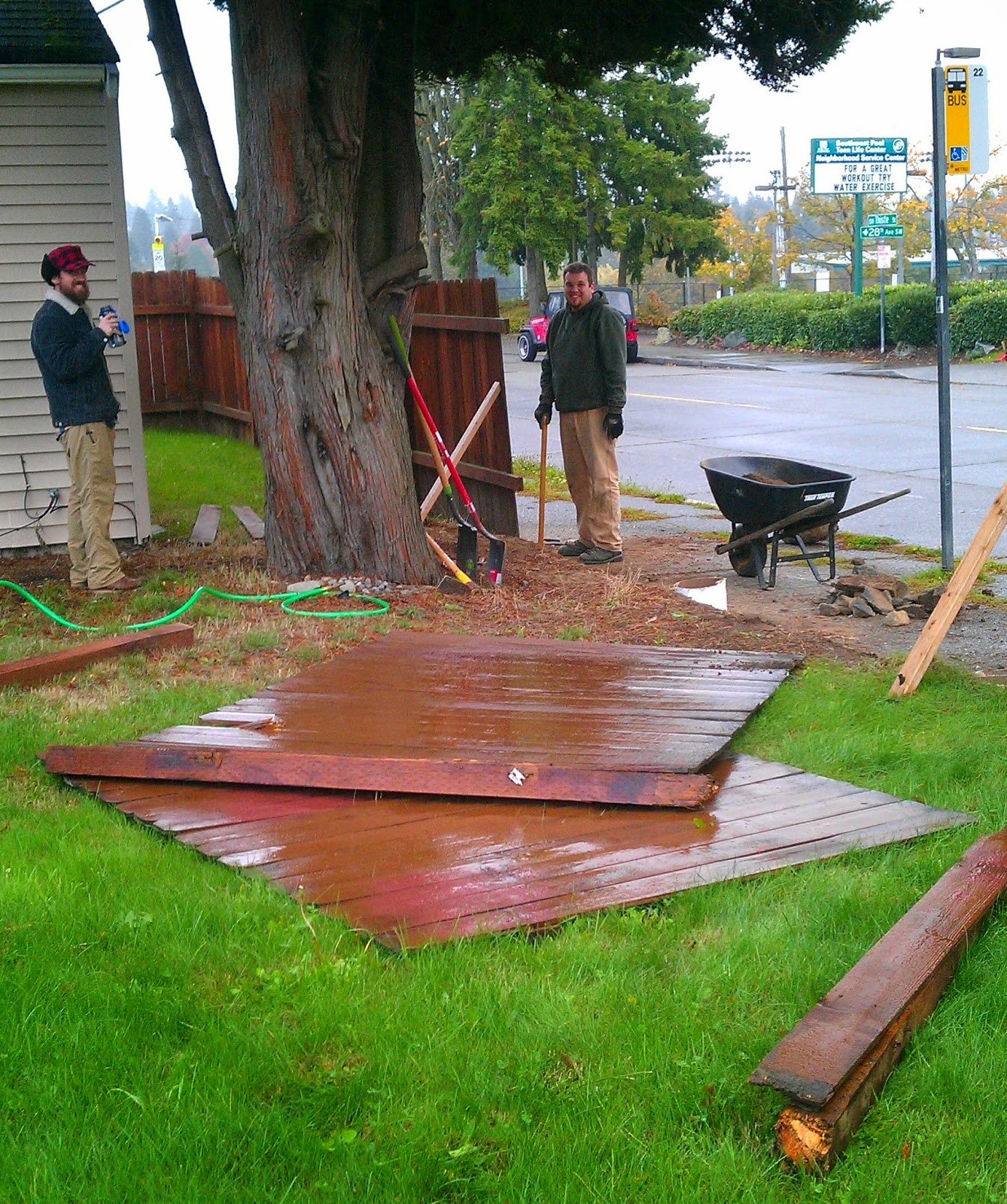 After a couple weeks of not sleeping, building fences, and mopping up our bathrooms, we were able to finally get on the road.  It was a somewhat liberating experience taking off and not looking back, but neither of us have had that overwhelming feeling of freedom that should have come.  I think it's going to take a week or two, or maybe a border crossing for it to really hit us.
﻿﻿﻿﻿
The first four days were long, tiring, and boring.  We rode I-5 all the way down to LA from Seattle in 3 days, then on the fourth day, we rode 500 miles in a strong cross wind along I-10 to Tucson.  Along the way, we have stayed with friends and at a couple hotels.  The stays with friends have really been the best.  Nice conversations over a hot meal every night with good people.  In Sacramento, we stayed with friends Kelly and Steve; in LA, Nikolas and Jessica; and, in Tucson, our friend Josh.  They really helped us make the most out of an otherwise long and boring stretch of freeway. 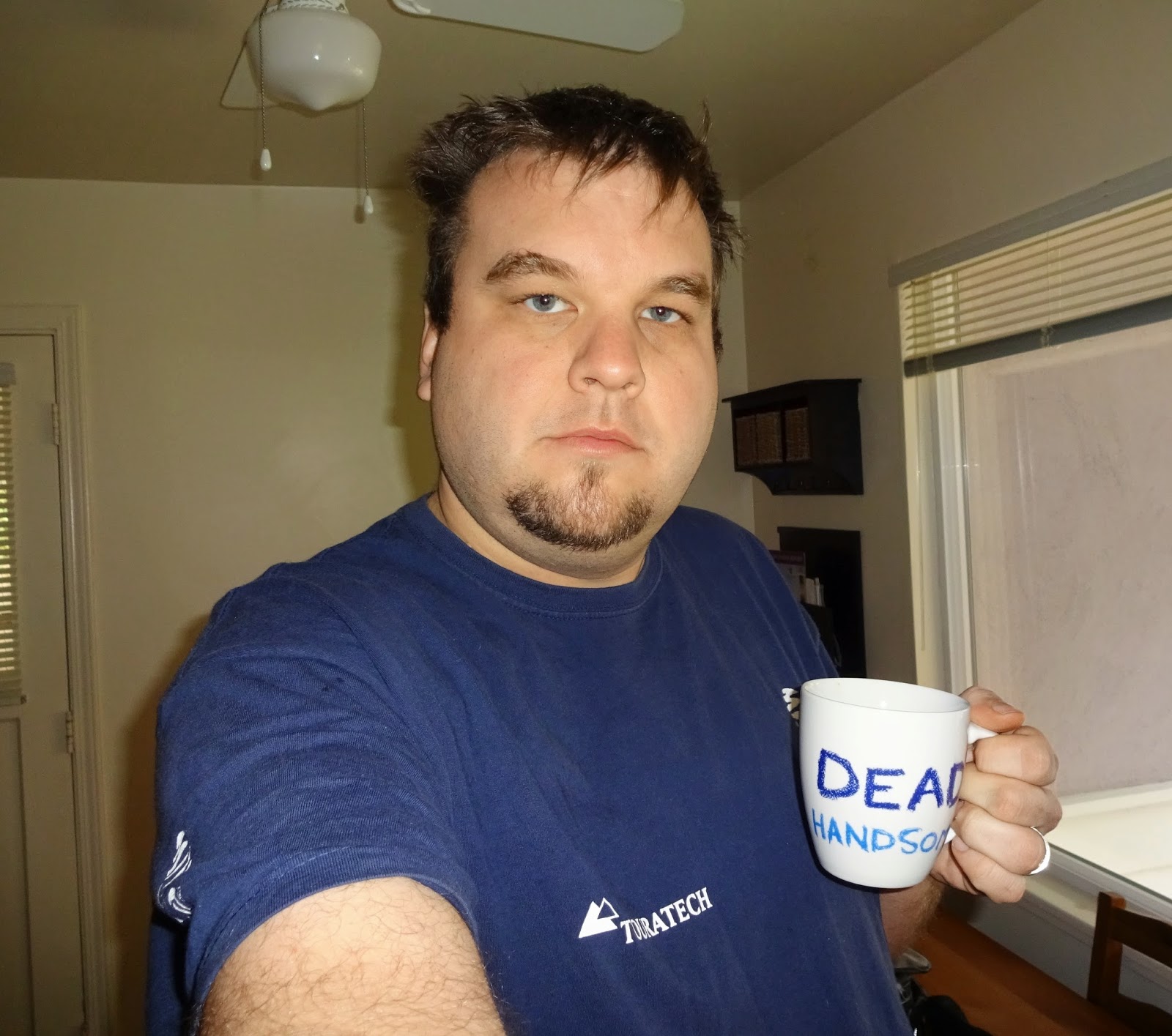 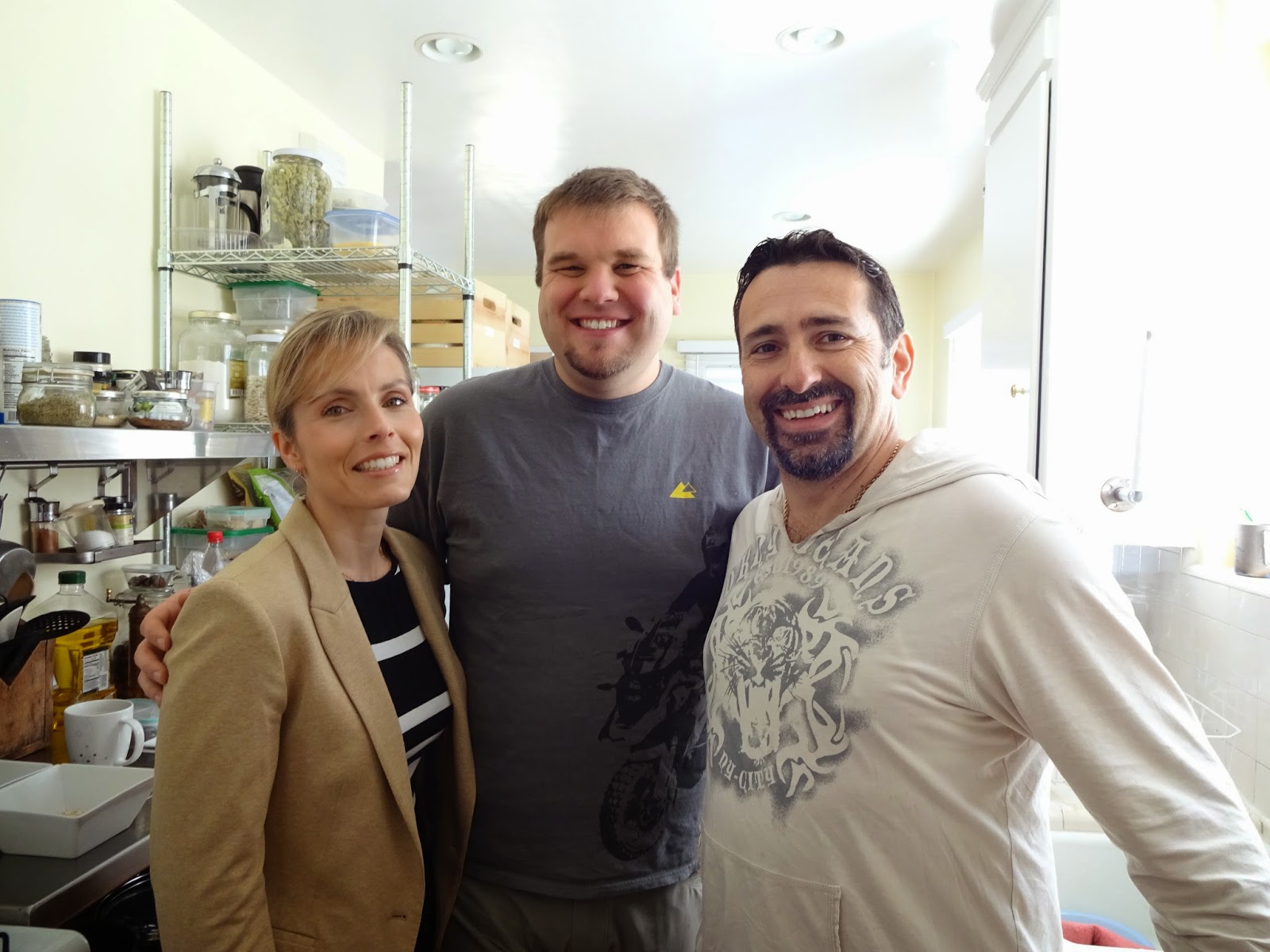 With over 1600 miles already behind us, we decided to stay an extra day in Tucson.  There was a hurricane that was supposed to hit Mexico around Mazatlan, and by delaying, we were able to watch it fizzle out before landfall and become a non-event.  At the same time, we were able to sleep in, pick up some last minute necessities, get a hair cut, and ride into Nogales for a nice early start across the border the next day.  After 4 long days on the bikes we were both pretty relieved to have a "rest day" before crossing into Mexico. 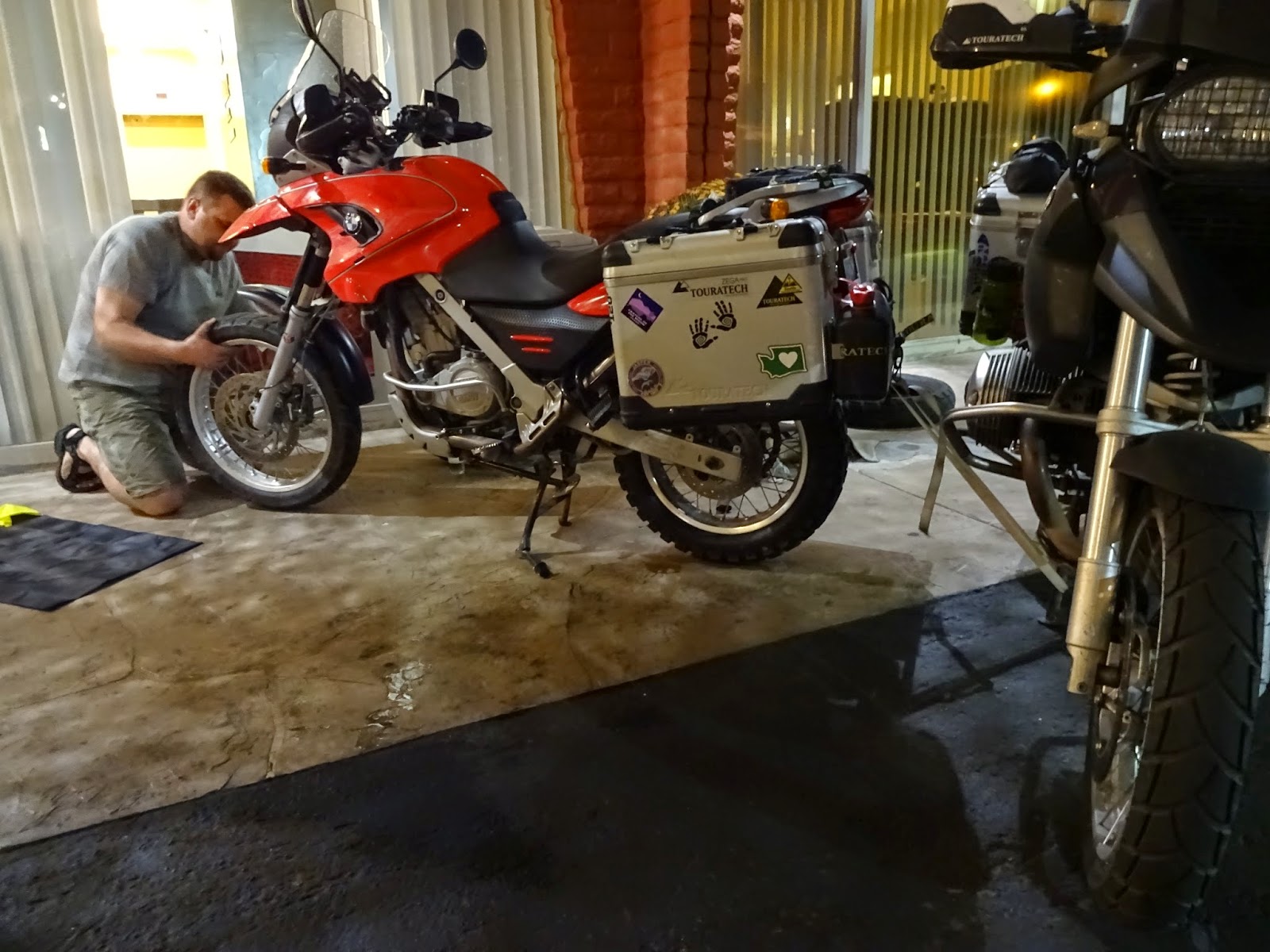 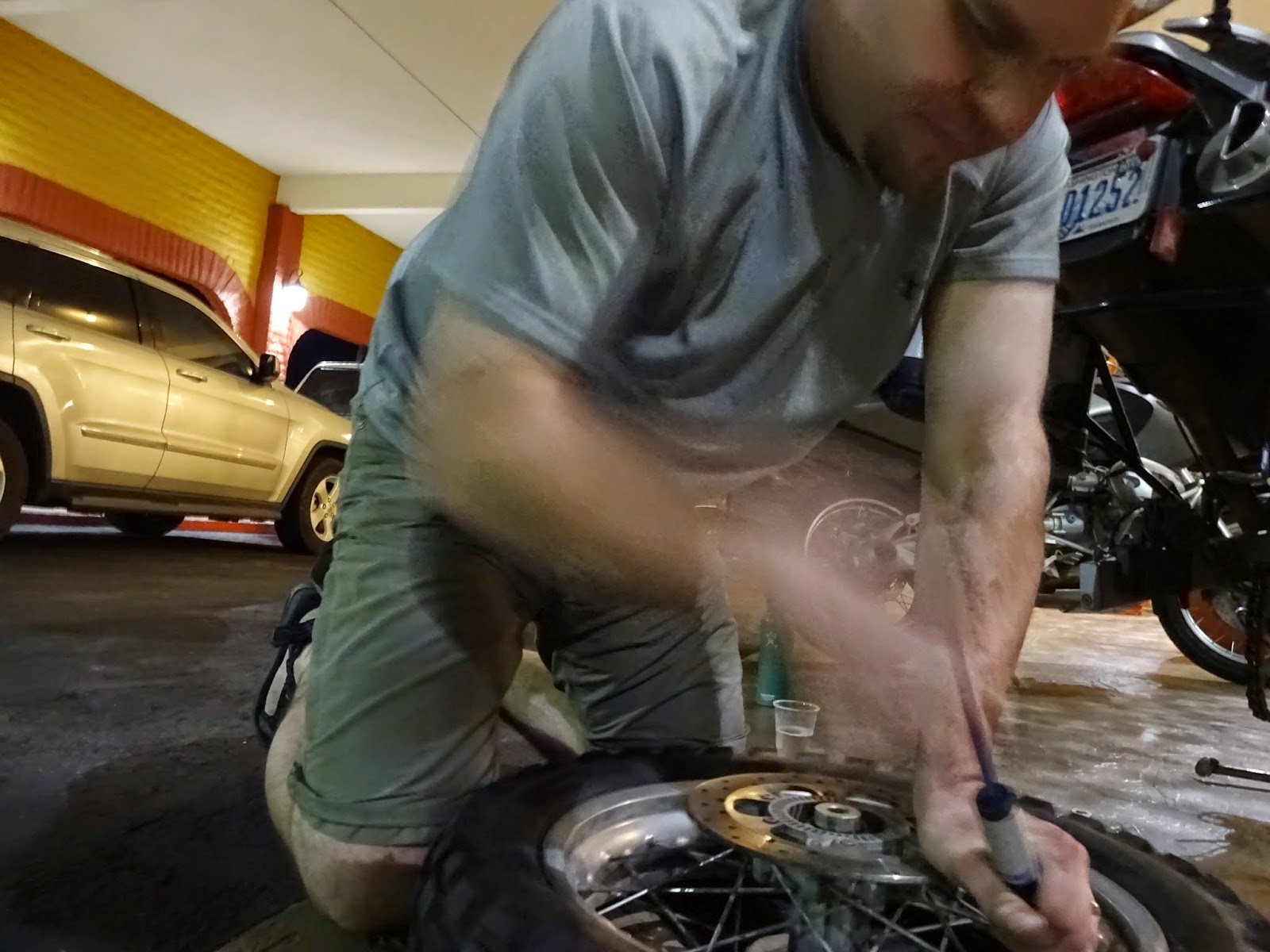 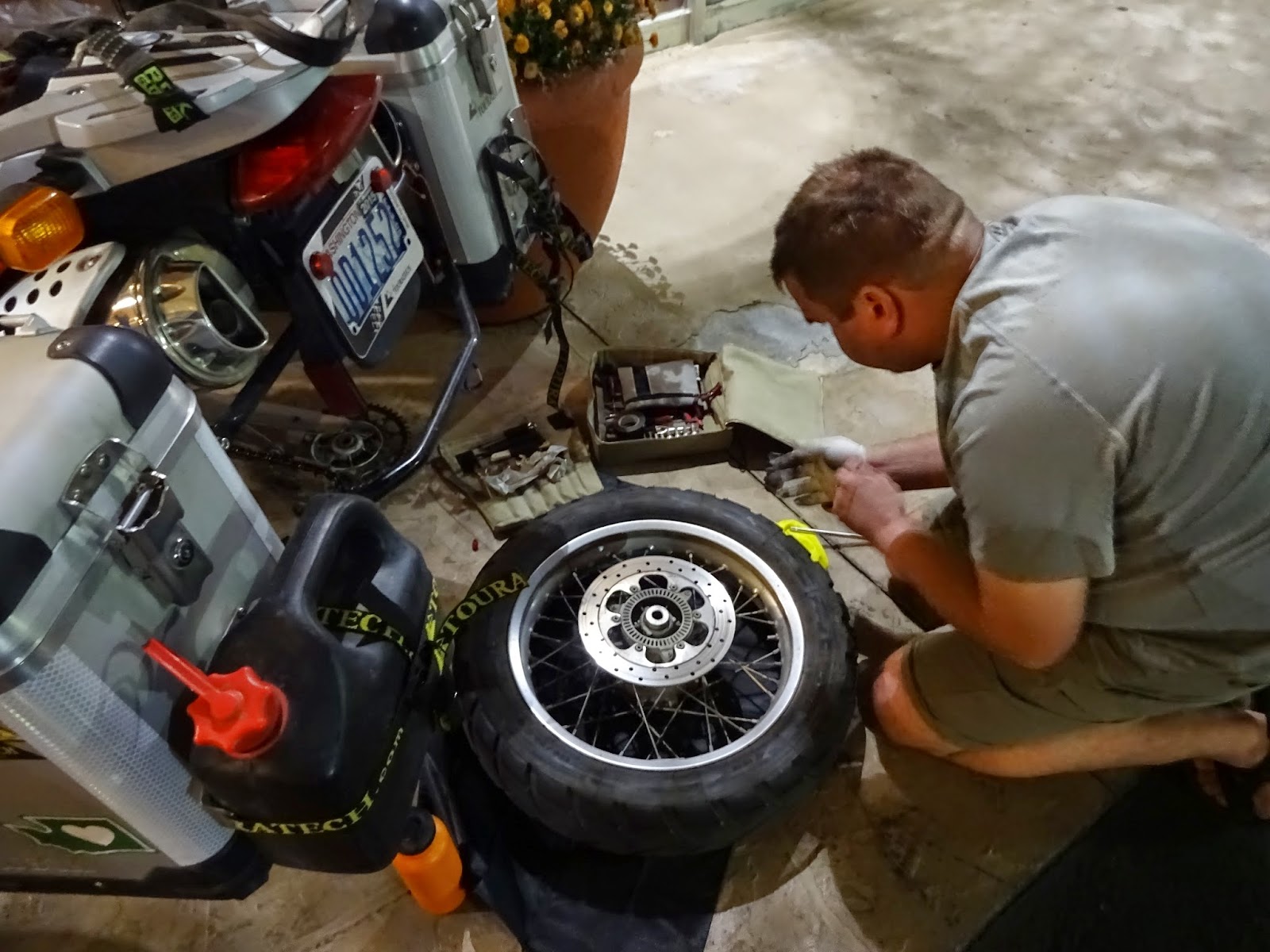 After changing both of Brayde's tires in the hotel parking lot, eating dinner, and doing laundry in the bathroom sink, we're exhausted and will get some much needed rest before our first border crossing of the trip.  All our paperwork is ready, and we have a plan, so wish us luck!
Posted by Matt at 10:30 AM