Hangin’ at Pablo’s Place: A Weird Day at Hacienda Napoles 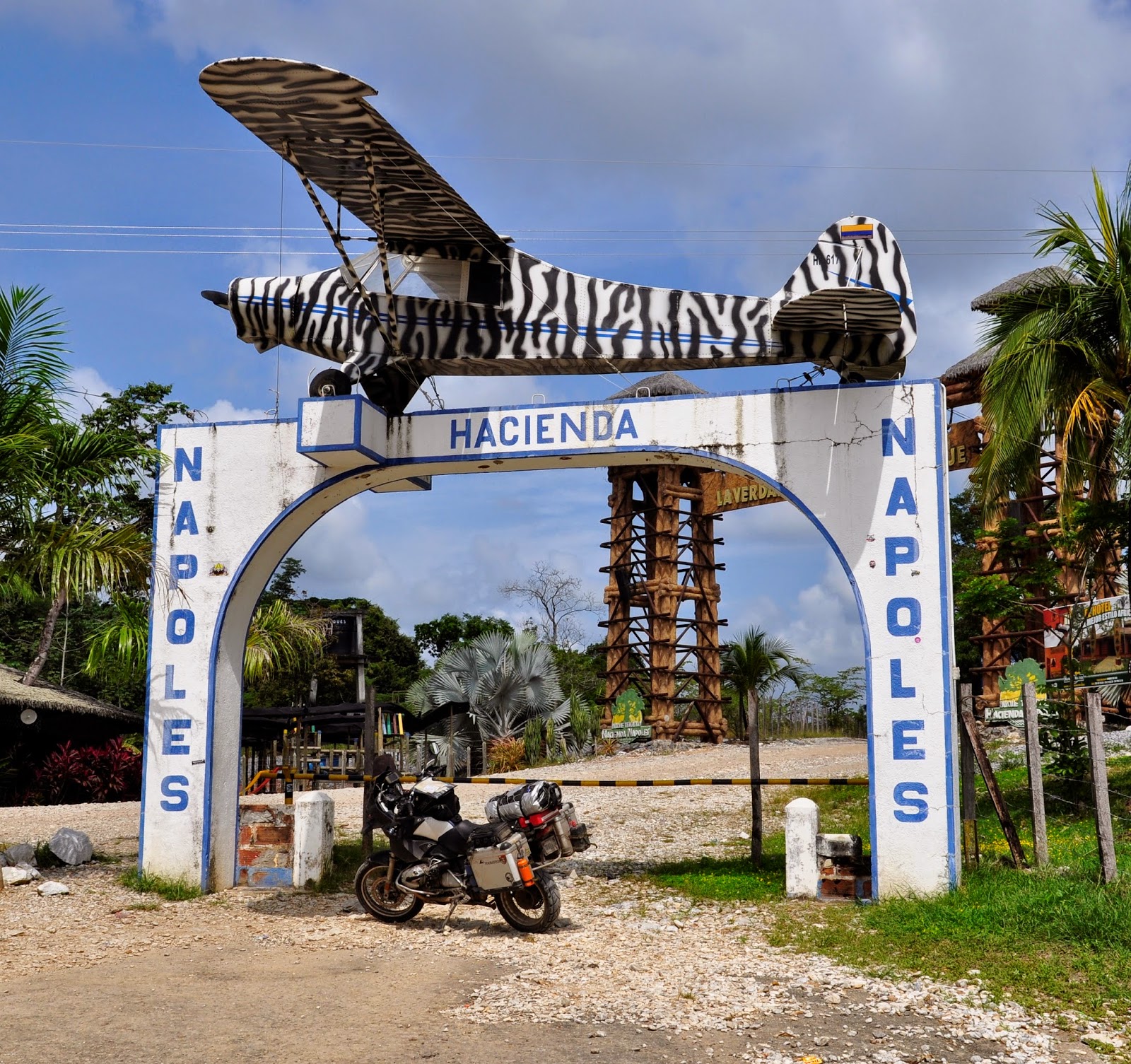 On our way to Bogota, we had probably our strangest tourist experience so far in the trip. A little bit West of Puerto Triumpho, way off the road in the hills, is Pablo Escobar's old estate Hacienda Napoles. After Pablo's death, the estate was ransacked by looters looking for hidden cash. Walls were torn down and the estate was abandoned, complete with feral zoo animals. Eventually, it was purchased and turned into a Jurassic Park-themed zoo and waterpark with many of Pablo's original animals, including 19 feral hippos.

We paid our entrance and vehicle fees, then began riding around the dirt roads on the old estate. There are two hotels now on the grounds, so we decided to splurge and spend the night. Before dinner, we took a mini "safari" on the bikes, riding around and seeing the different animals left over from the Escobar days. Some looked to be in questionable health, so we felt a bit conflicted about the whole thing. Buildings such as Pablo's private bullfighting stadium have been repurposed as museums, gift shops, ticket booths, and other park necessities. 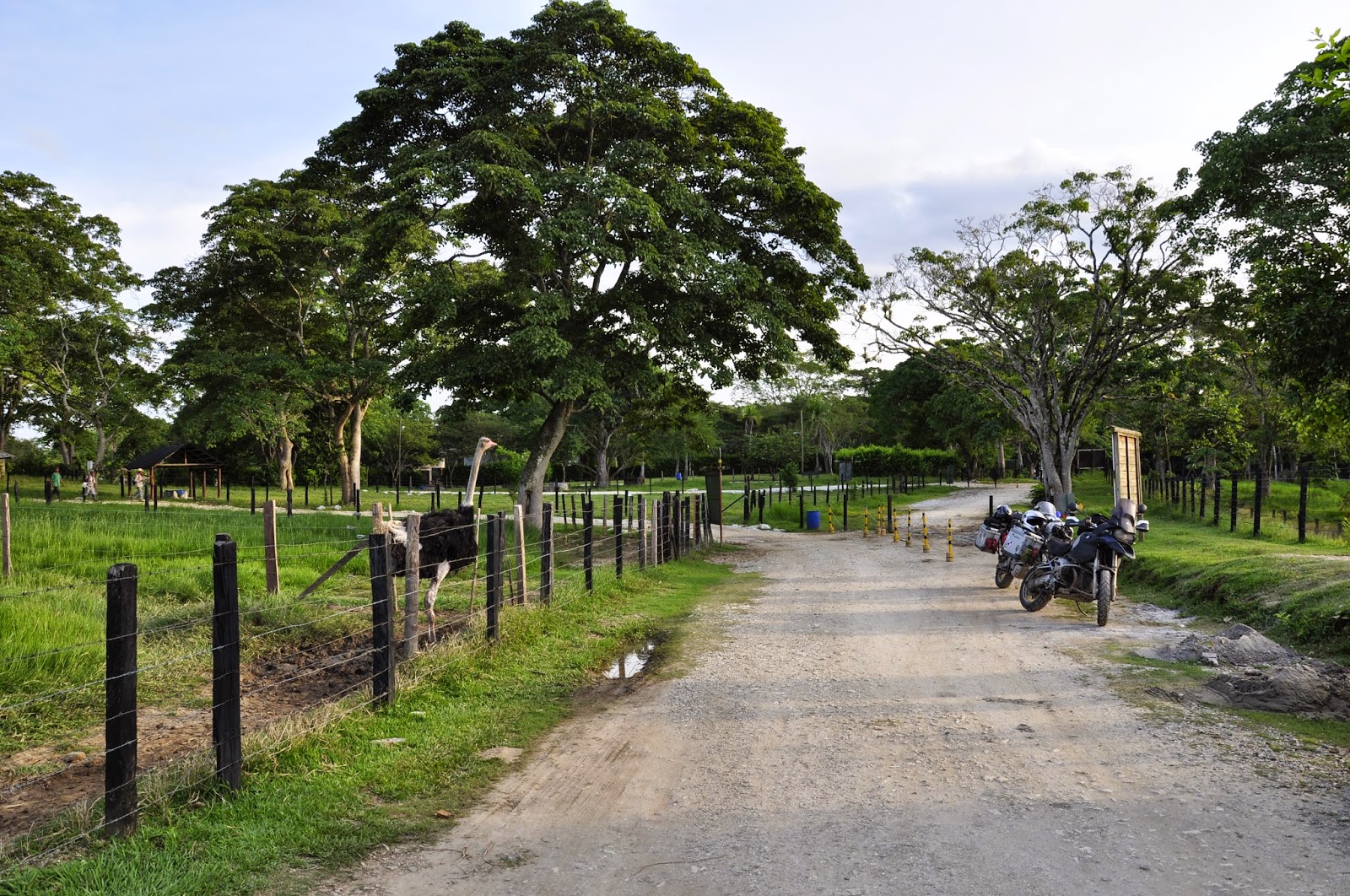 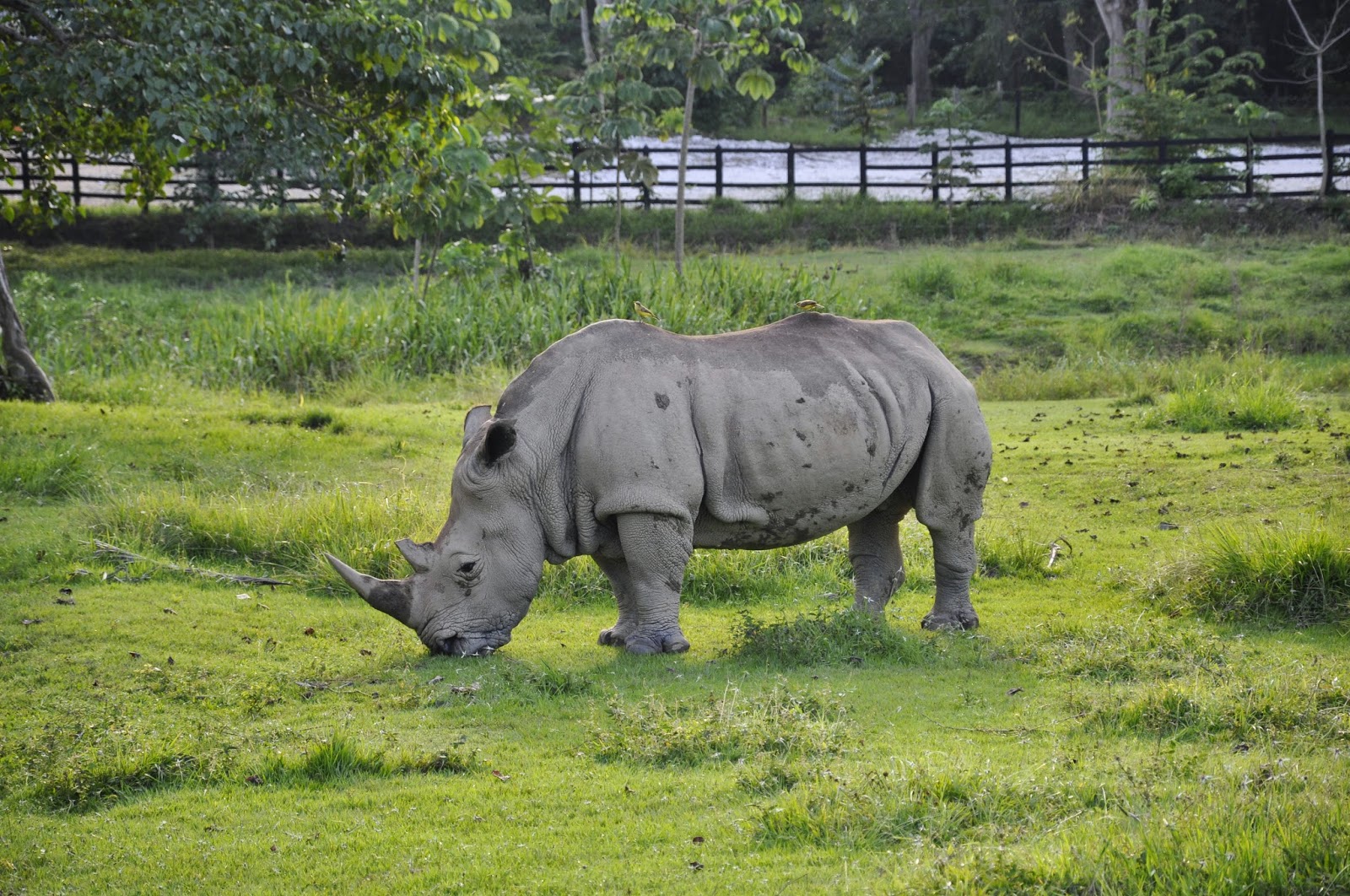 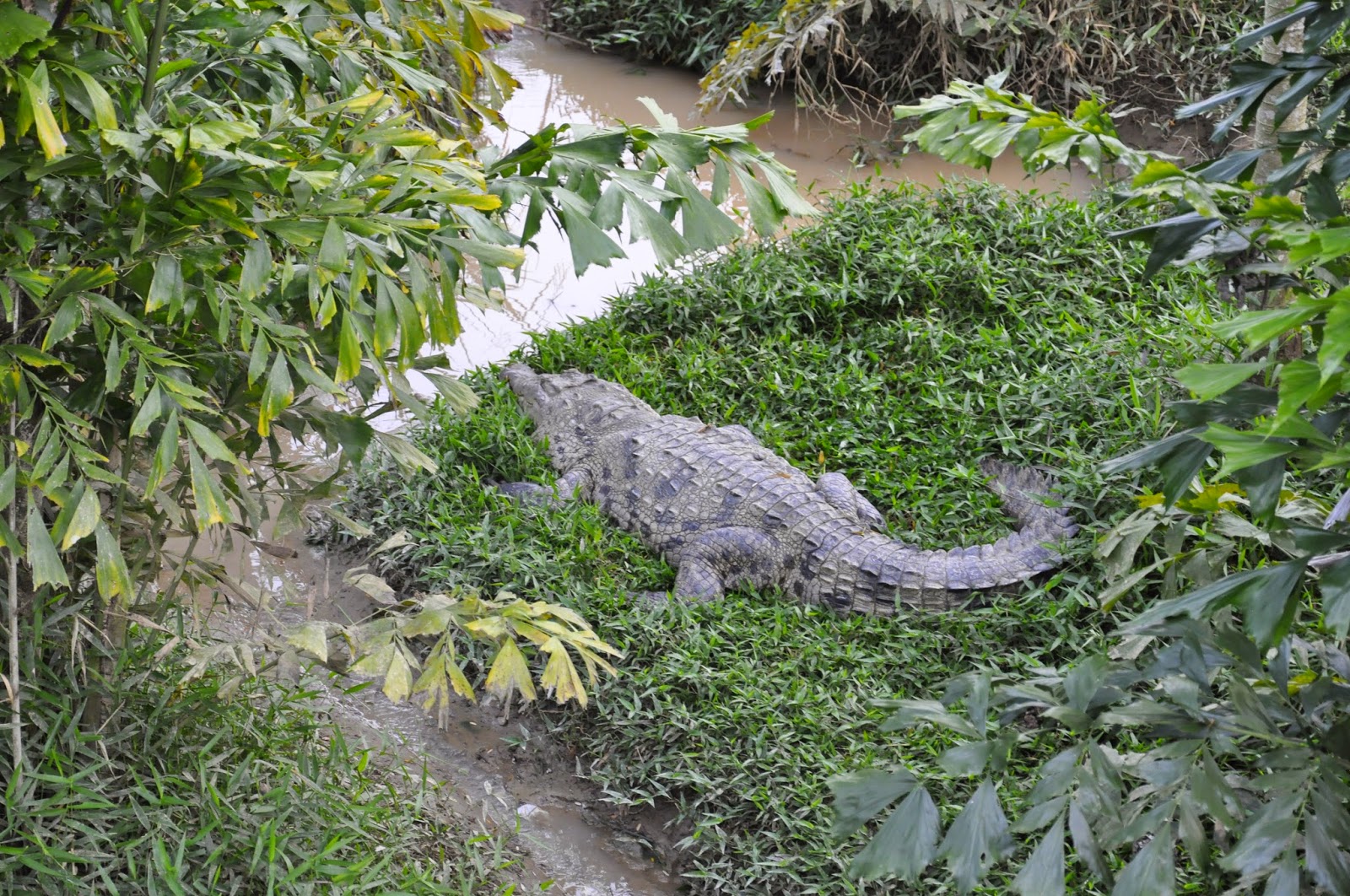 There is virtually no sign or reference that this ever belonged to one of the most powerful and notorious criminals in the last century. If you didn't know going in, you might not even figure out what this park used to be. You can tell they are sort of covering up this "black-eye" in Colombia's history. 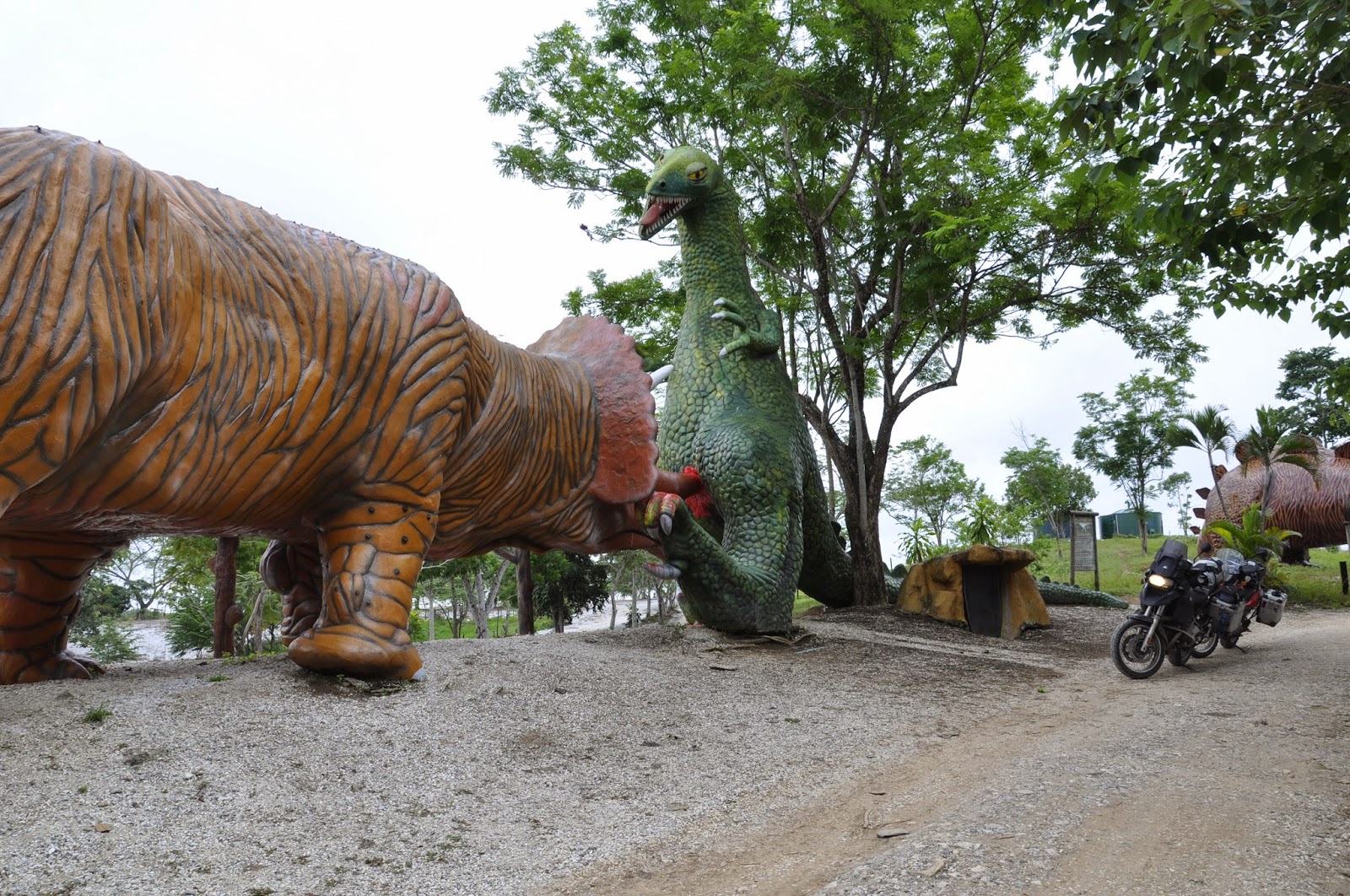 After returning to our hotel next to one of the hippo ponds and having a nice dinner, we get a good night's rest. Still pretty weird we're staying the night at Pablo's place. We woke up early in the morning and packed up the bikes to continue our tour of the estate. Past all of the animal exhibits and up a twisty road around a big ravine is what they call Casa Museo. This is now the defunct house of Pablo Escobar. Complete with a burned up car collection, overgrown airport, rundown helipad, and cracked swimming pool, this is where a lot of Colombia's worst events in history were planned and executed. 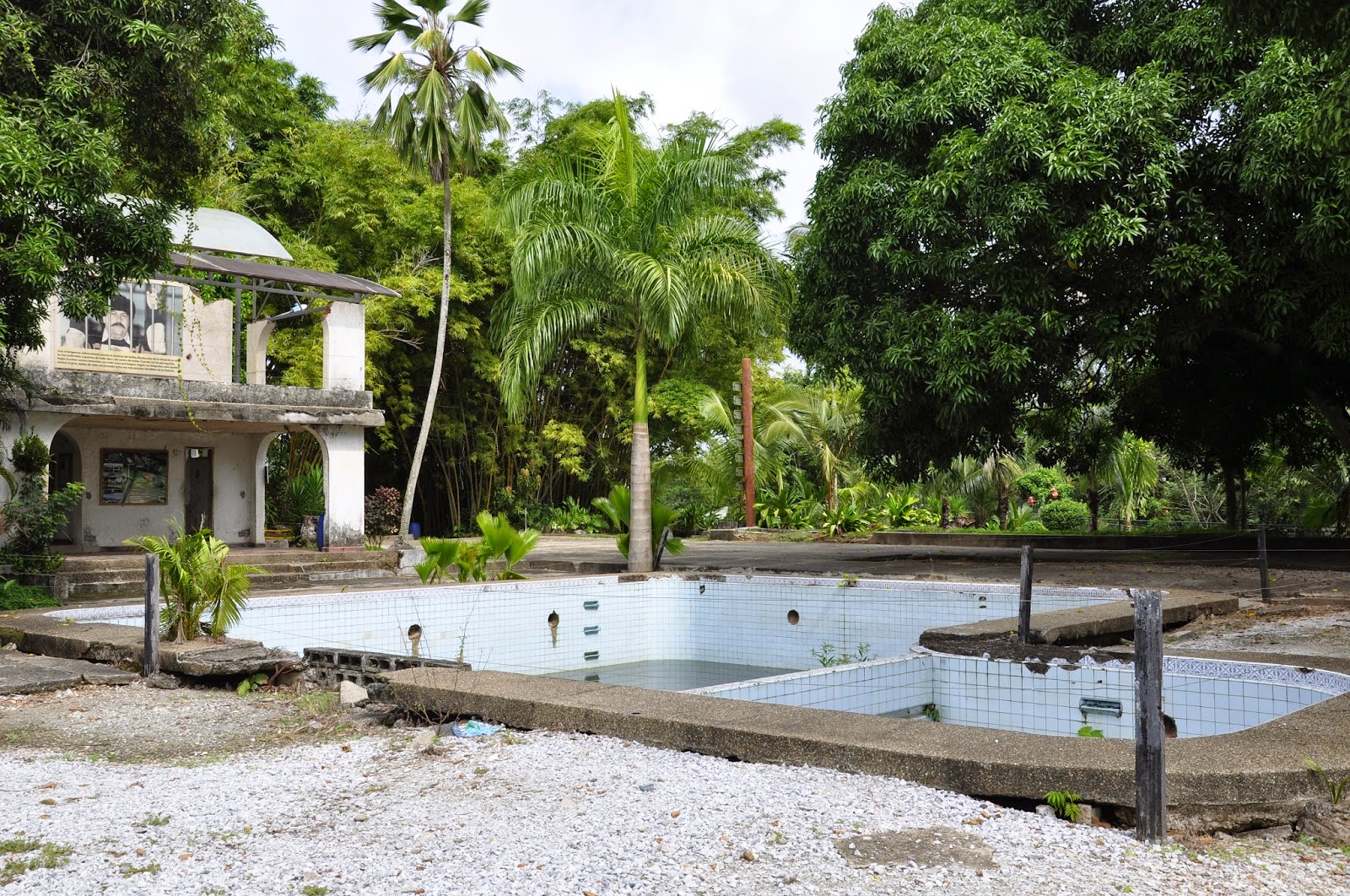 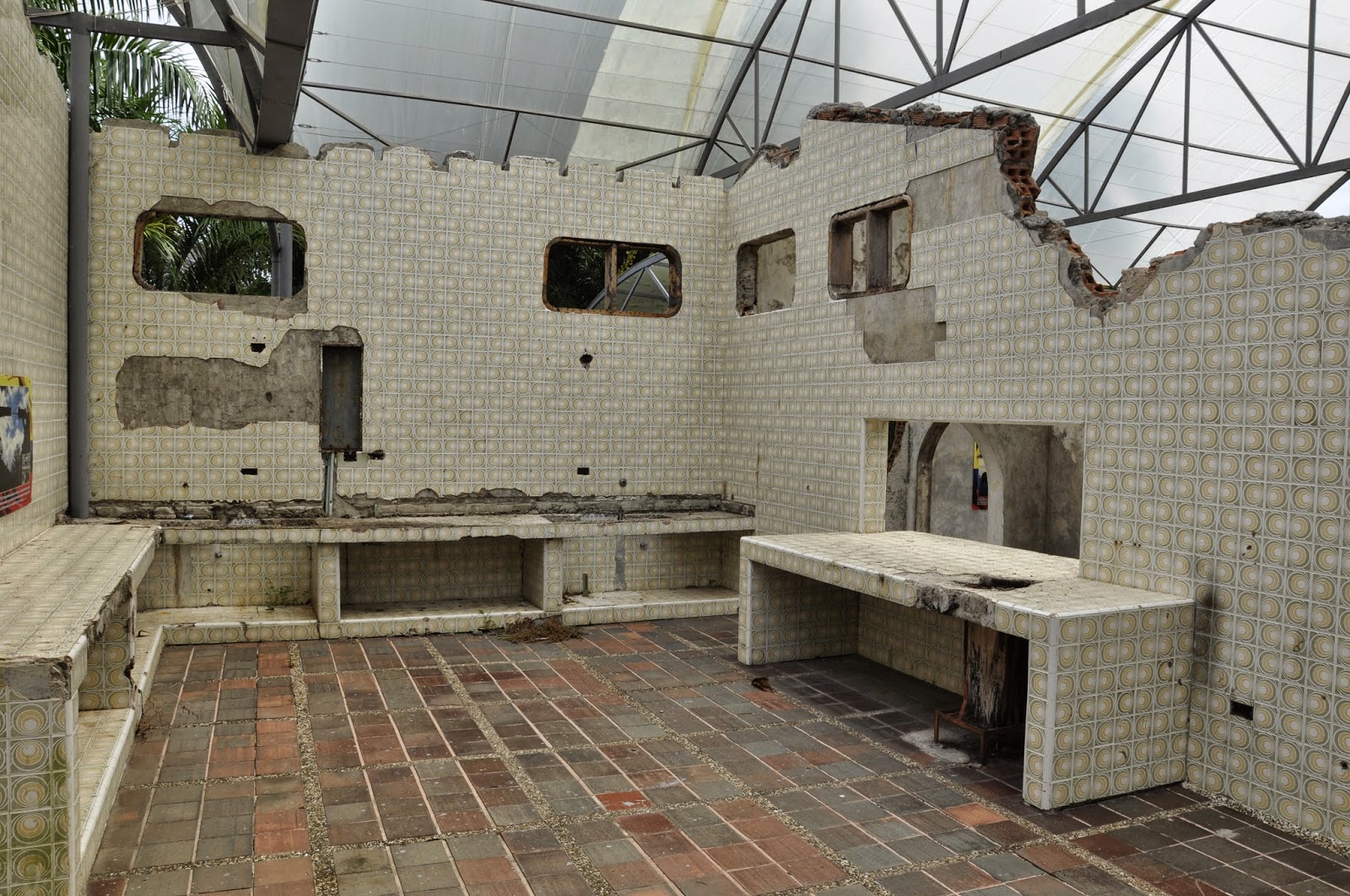 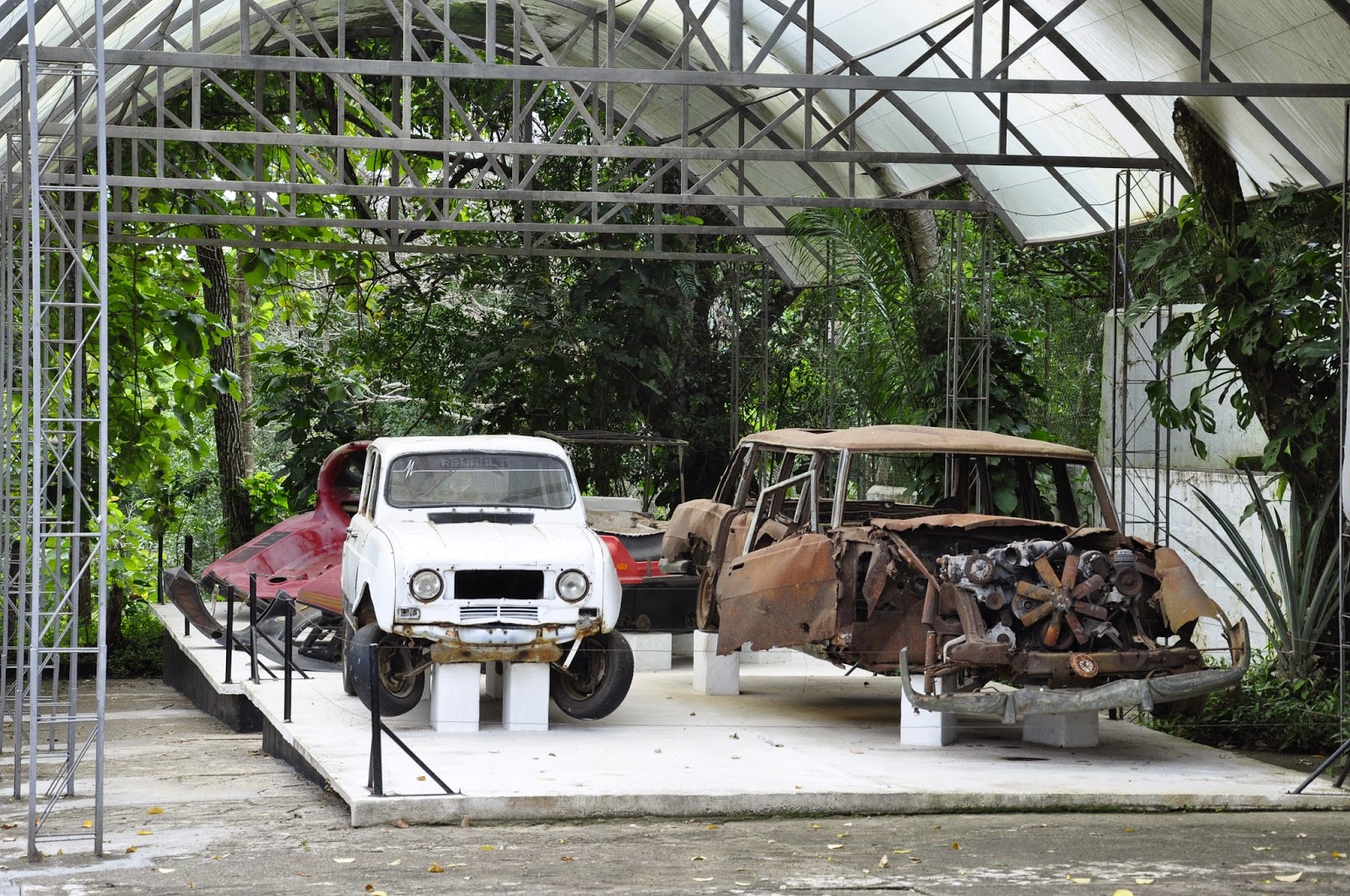 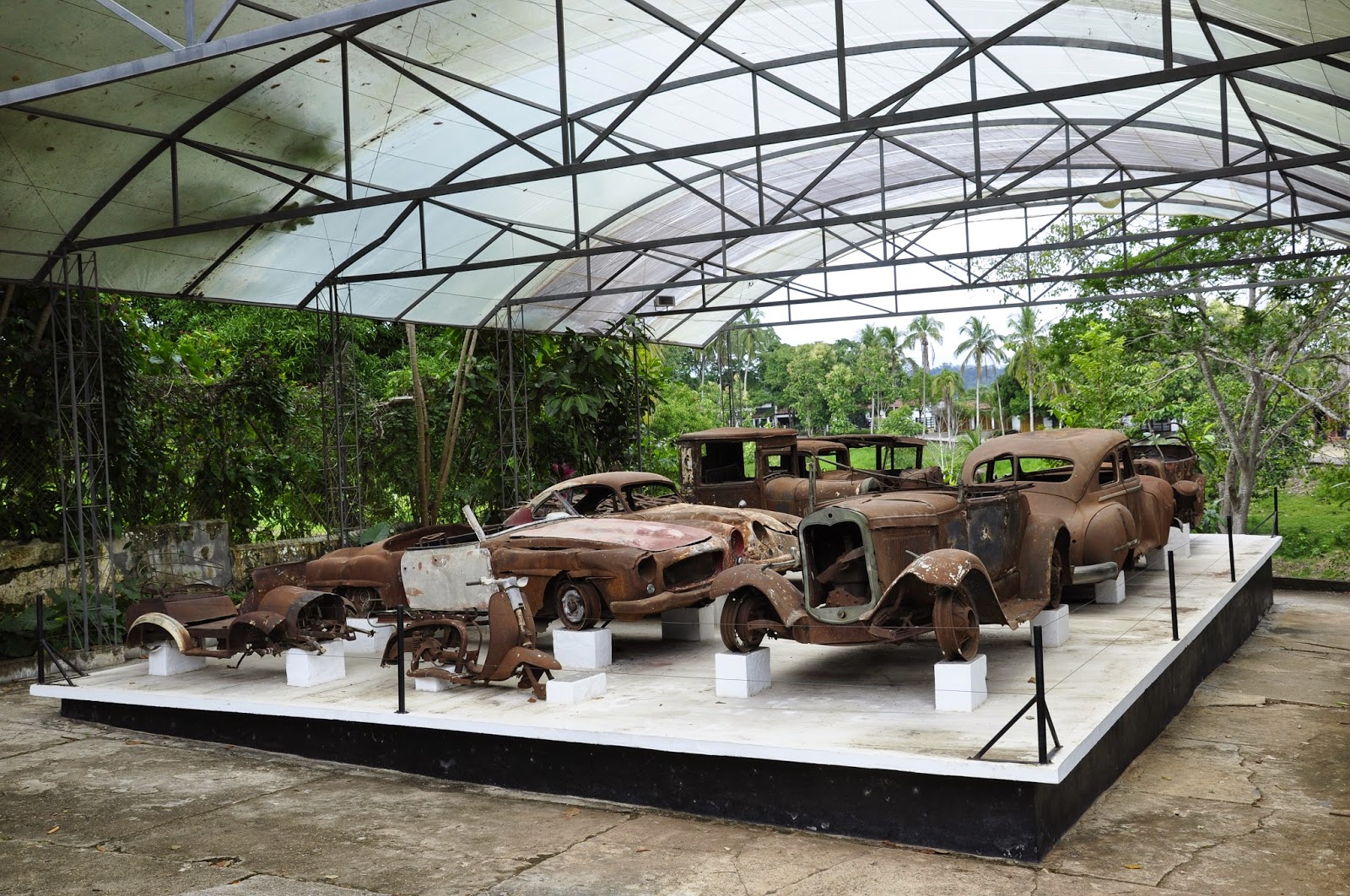 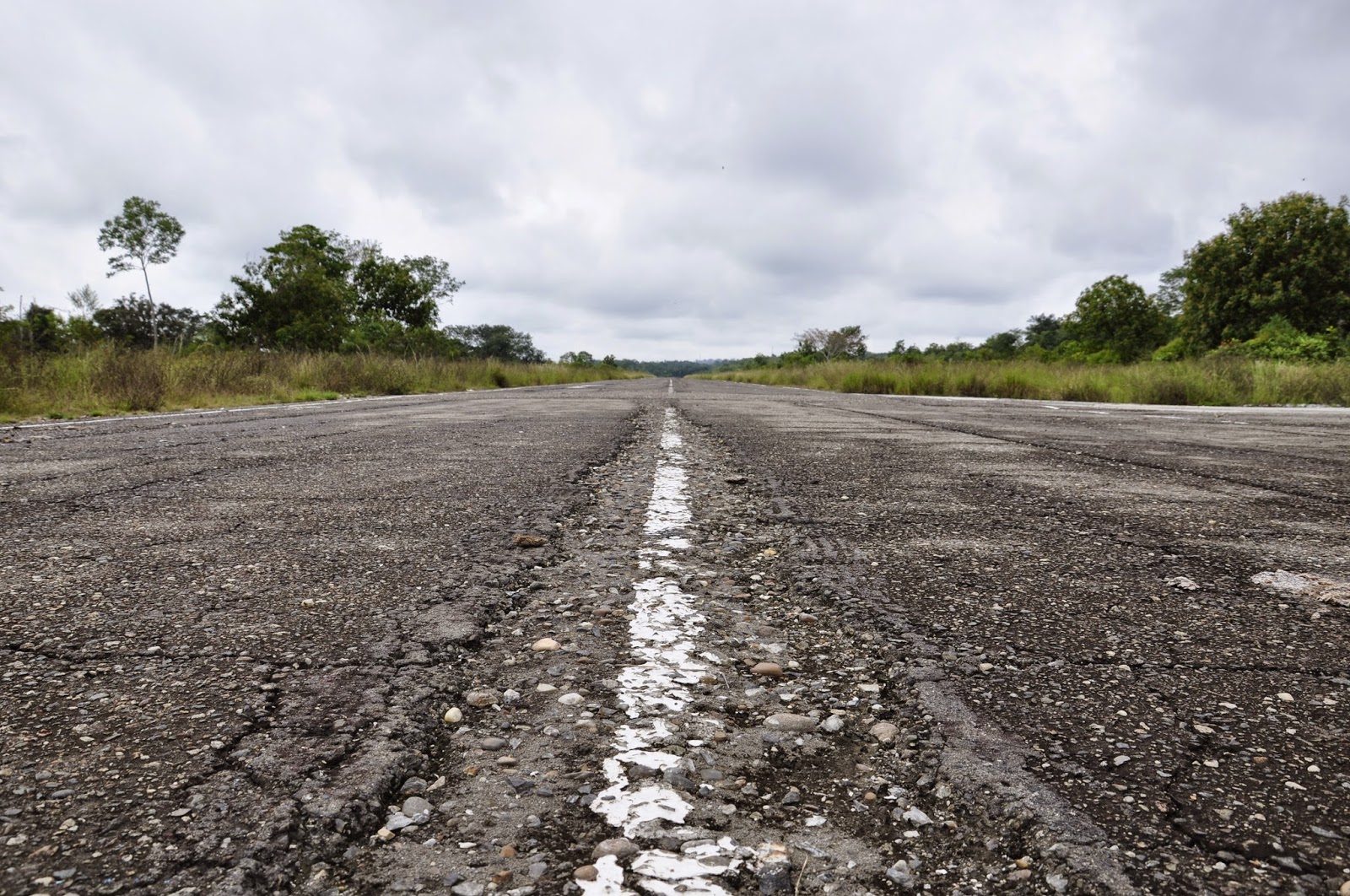 Standing in the middle of the broken up airstrip, I could only imagine what and who had flown in and out of the estate. Very eerie. The walls of the old house are covered with signs outlining Escobar's notorious legacy in Colombia, but not in the Robin Hood, glorified way we have seen before. There were many graphic pictures of the innocent citizens, policemen, and politicians who were killed by Pablo's actions from the 70's until the 90's, as well as uncensored photos of his ultimate takedown. 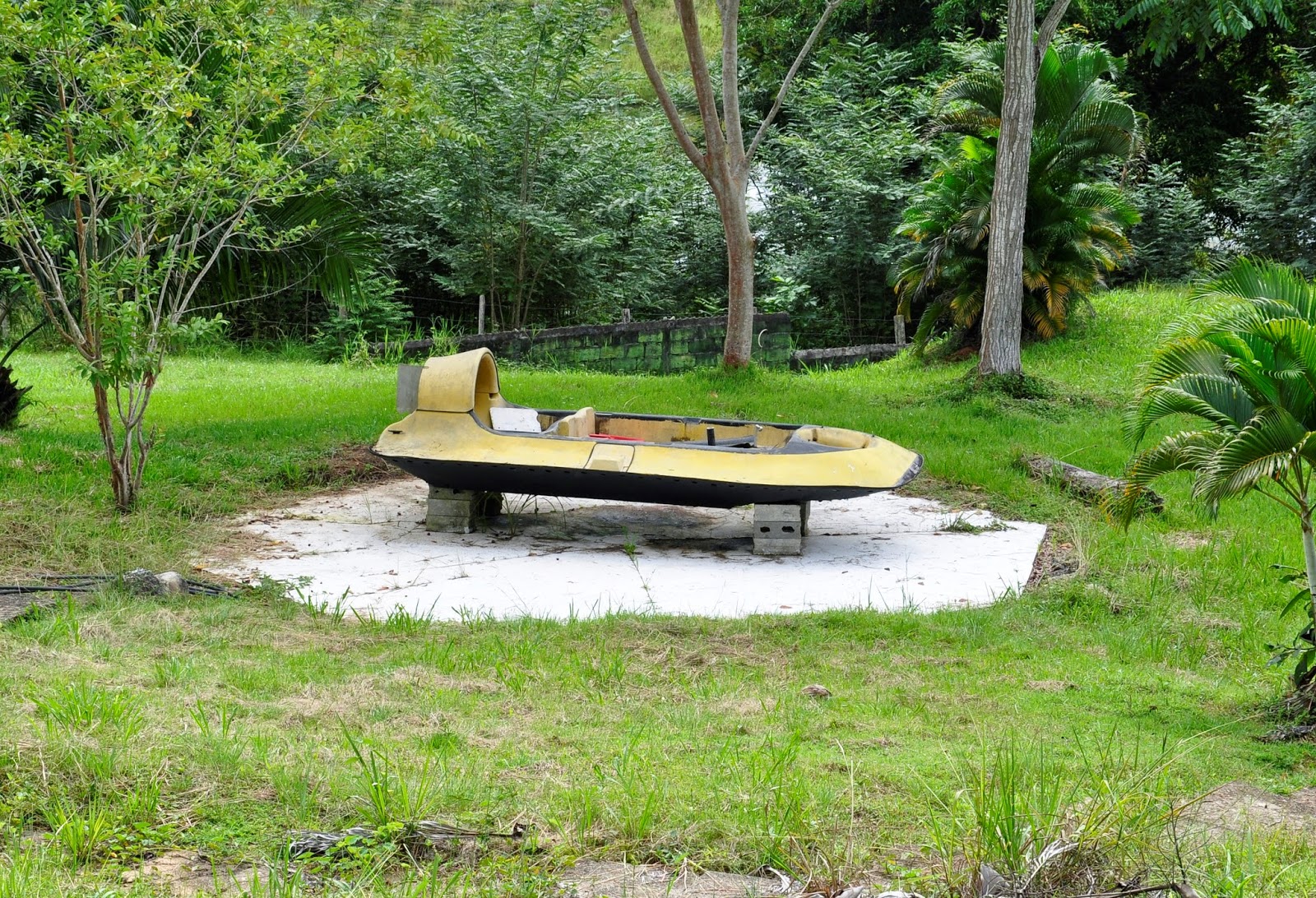 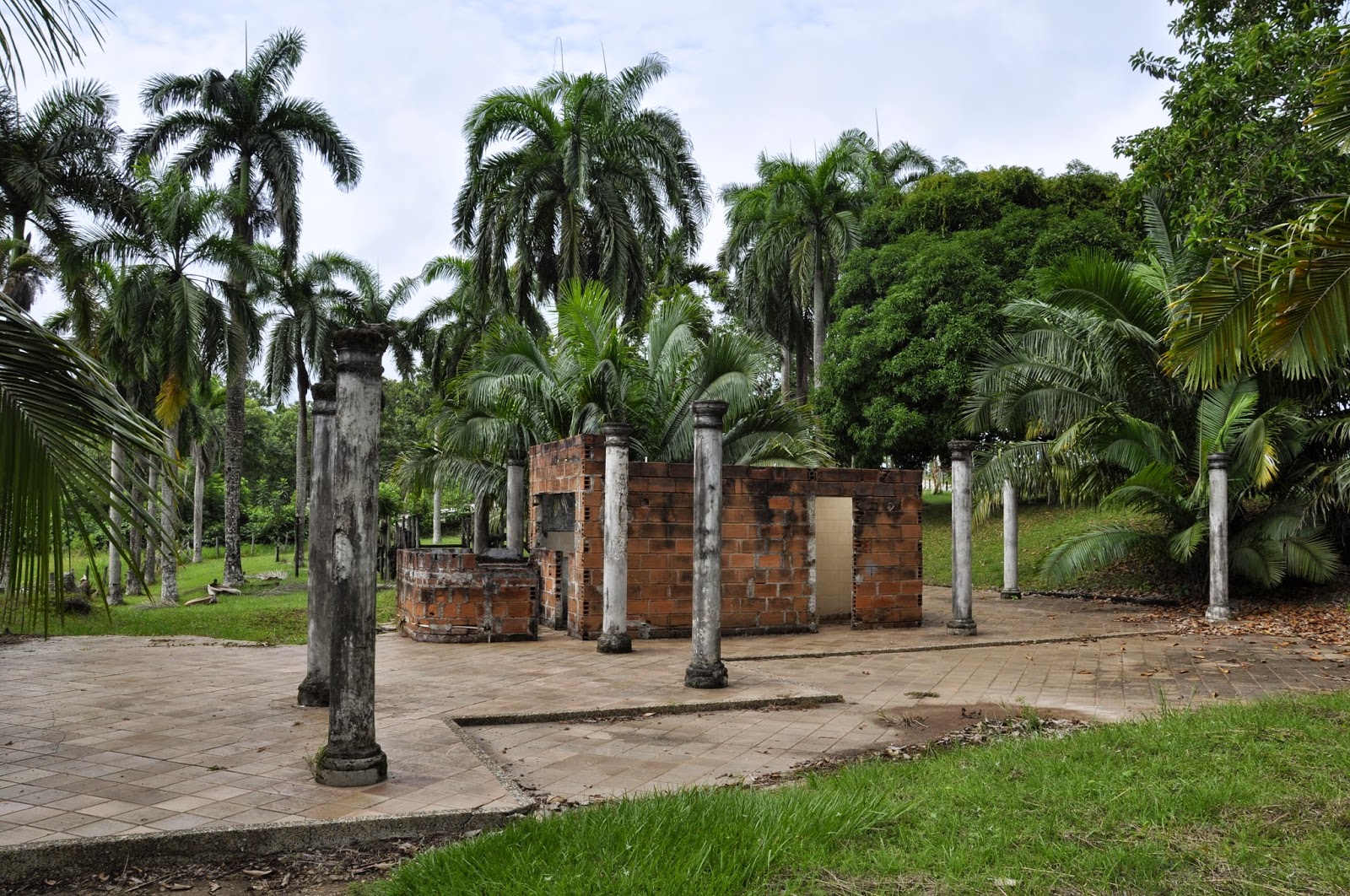 All in all, we weren't overly impressed with what this historic property had become, but we have to admire the Colombian people's desire to move on and work together to create a safer future for everyone. It is very clear to us now, after getting this unique lens on their history, why the police and military we meet on the highway are so concerned with our safety and how we feel about the country. They are trying to compensate for the past and have made tourists' and foreigners' safety Priority #1. We don't mind it one bit and feel just as safe here as we have anywhere else on the trip, if not safer. Tomorrow we ride on to Bogota, one of the biggest cities we will visit on our trip. We are not looking forward to the hectic traffic, but we need tires and a few parts, so onward we go. 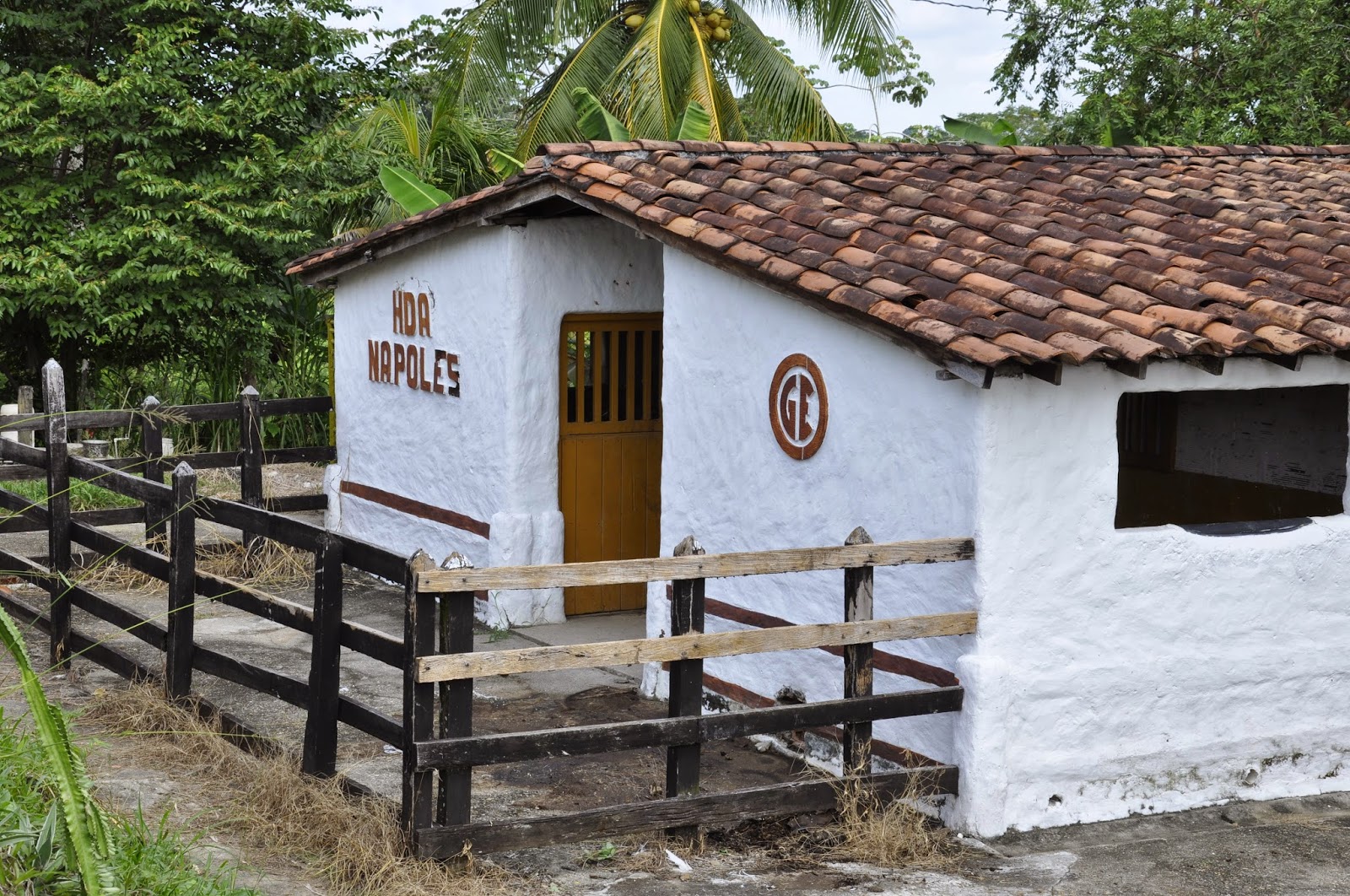