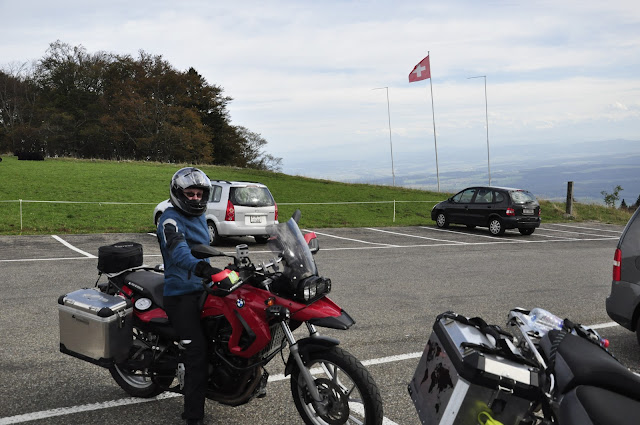 After sleeping in, eating breakfast, and barely checking out in time, we were off again to another late start.  This was ok though, as we were well rested and the weather was beautiful.  Our route today took us on roads that made our jaws drop.  From Laufen, we rode some of the twistiest roads we’ve ever been on through farms, small villages, and over mountain passes.  We stopped for lunch at the top of one of the passes for a salami sandwich and a coke.  All the pastures were filled with cows that had huge bells hanging from their necks;  even through the motorcycle and wind noise you could hear the cows all around the valleys.  It sounded a lot like wind chimes. 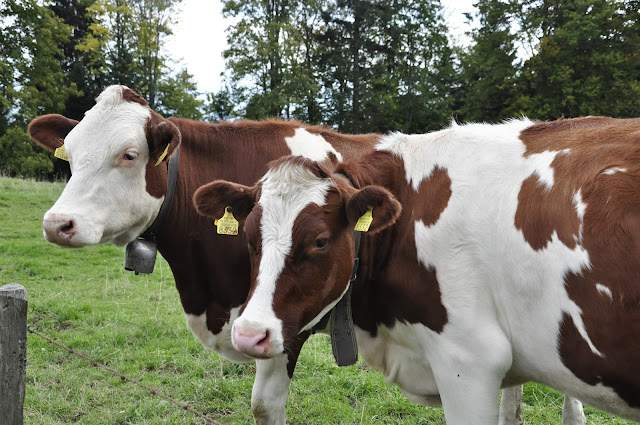 We came down from the mountains to ride along lake Neuchatel before heading back up another pass  through Moudon towards Lake Leman. It was starting to get dark, so we really wanted to make it to a hotel that was suggested by a co-worker in the small village of Caux, outside of Montreaux.  After we made it down to the lake, the GPS started taking us up some very small winding roads up the side of the mountain.  Pretty soon the road got steeper, darker and more treacherous.  After stopping and evaluating the GPS’s route, we decided to turn around and try from a different side.  An hour  and 6 kilometers later, it was pitch black and we were climbing our way back up the other side of the hill towards the palatial hotel in Caux.  This huge hotel perched on the side of the mountain overlooking Lake Leman was turned into the Swiss Hotel Management School, which my coworker attended.  Unfortunately the hotel does not rent rooms, so we followed the GPS even further up the hill in hopes that it was correct that there was other lodging.  Luckily, we found a small bed and breakfast that had one room left for the night.  They were known for their fondue, and of course that’s what we ate for dinner along with a local bottle of wine.  Our room, while small, had a great view over the lake.  Amazing how things work out. 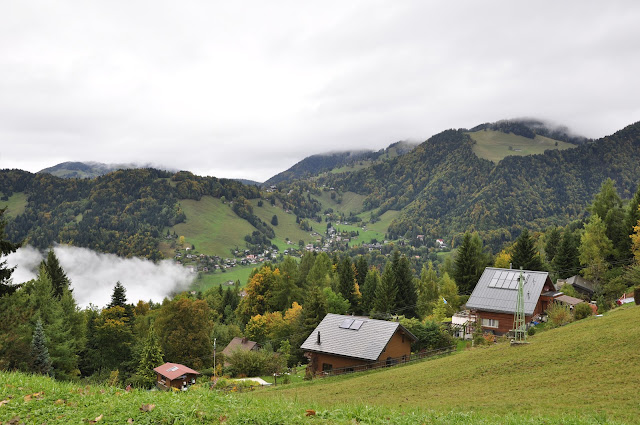 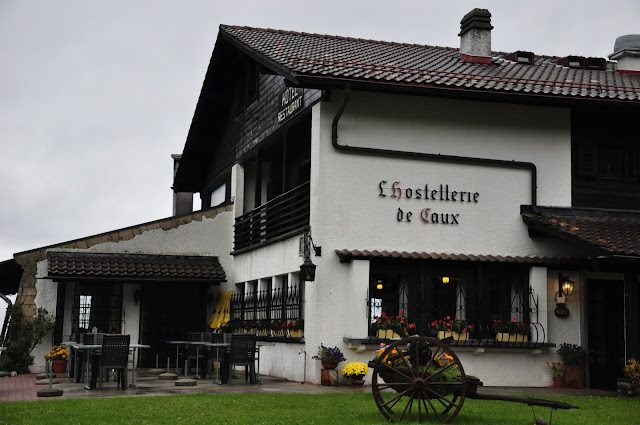